High-elevation mixed-conifer and sub-alpine forest fire regimes in the western U.S. are are assumed to be climatically-driven and not considered to be influenced by Indigenous fire use. Our new study shows that Indigenous populations shaped these types of fire regimes through land use practices.
Vachel Carter
Postdoctoral Researcher, Charles University
Follow
Like Liked by Gao Jianguo
0

Fire activity in the western United States has increased significantly in recent decades and has been more pronounced at mid-to high-elevations. Western U.S. high-elevation mixed-conifer and sub-alpine forests are typically categorized as being climate-limited systems, burning only under extreme climatic conditions and at high-severity i.e., these fires create a lot of damage to the ecosystem. Increasing archaeological and ethnographic evidence indicates humans have been a part of these landscapes for millennia, using fire for a variety of farming, hunting and foraging purposes from the Great Plains, Great Basin, Sierra Nevada and Rocky Mountains. This evidence goes against the common wisdom that Indigenous people had minimal impact on high-elevation fire regimes of the western U.S. I started my Geography Ph.D. program at the University of Utah with this common misconception, but ended my program thinking otherwise.

One of the ways we can explore drivers of past fire activity is through the analysis of sediment cores. My Ph.D. research focused on reconstructing past fire regimes at Fish Lake; a beautiful high-elevation (2700 m asl) freshwater lake located in south-central Utah, and also a hotspot for past human activity. While there, we collected a freeze core which entails adding dry ice and liquid ethanol inside a wedge-shaped chamber which causes a super-cooling effect. We then lowered the freeze core to the bottom of the lake and waited 25 minutes for the sediments to freeze to the outer wedge of the coring device. Using this method, we were able to collect 49 cm of sediment that told a 1200 year-record of fire and vegetation change from Fish Lake.

Back at the lab, while counting individual pieces of macroscopic charcoal (a proxy for past fire activity), we discovered an interesting period of high activity ~1000 years ago. I assumed it was linked to the Medieval Climate Anomaly (MCA); a period of pronounced warm and dry conditions in the U.S. Southwest.

I presented these preliminary findings to a few colleagues from the Geography and Anthropology Departments at the University of Utah. I showed them what appeared to be MCA (climate) high-elevation burning. Dr. Brian Codding, Anthropologist and co-author of this study, looked at the data and asked, “How do you know it was not people?” My first thought was, “It can’t be people because this is a high-elevation forest. People don’t burn high-elevation forests.” Dr. Codding informed me that the Fish Lake area was occupied by the Fremont people, a sedentary farming population living in the central Utah and the Four Corners region roughly 1000 years ago. The Fremont agricultural practices are noteworthy as they have been linked to the northward expansion of maize (Zea mays) agriculture from the U.S. Southwest into the Fish Lake region. This got me wondering, could the Fremont have altered the fire regime at Fish Lake and could they be responsible for the period of high fire activity ~1000 years ago?

Our pollen and charcoal (i.e., reconstructions of vegetation and fire histories), were a good start to explore this question, but we needed to integrate a wider team of experts in Anthropology and Dendrochronology to look at the bigger picture of humans, climate and fire. In this study, we developed a record of pre-European population density (i.e., before European settlers arrived in the region ~1850 CE) from summed probability distributions of radiocarbon dated archaeological sites near Fish Lake, and compared these data with a new record of drought using tree-ring data. Once completed, we modeled relationships between response variables (i.e. population density, vegetation data and climate data; our proxies for population density (i.e., human activity), fuels and drought) against the predictor variable of charcoal.

If fire was driven by Indigenous fire use, how could the Fremont have overridden climate as the main driver of fire at Fish Lake ~1000 years ago? We hypothesized that the Fremont used fire to increase food resources near Fish Lake. Evidence that supports this is an increase in palaeoethnobotanical plant species (i.e., common Indigenous food resources such as seeds, flowers, and roots from the sunflower (Asteraceae), grass (Poaceae) and sedge (Cyperaceae) families) during the apex of the Fremont period between 900-1400 CE. We suggest that the Fremont may have used a patchwork of frequent, low-severity fires, to increase important food resources at higher elevations to support a growing population. Through the use of frequent burning, humans likely reduced the role that natural climatic variability had on high-elevation fire regimes. By reducing surface fuel loads through frequent burning, the Fremont likely mitigated the possibility for large fires during periods of extreme drought variability such as those that occurred during the MCA (see Panel a in conceptual figure below).

However, when farming practices were abandoned beginning ~1400 CE (for unknown and still highly-debated reasons), fire activity decreased. We hypothesized that foraging populations likely continued to use fire to increase food resources at Fish Lake, but their populations were lower and thus they had a smaller ecological footprint (see panel b in figure below).

It was not until the Euro-American settlement beginning ~1850 CE that fire activity increased again, as fuels have increased beyond what the ecosystem has experienced in the last 1200 years (see Panel c in figure below).

Our results and interpretations challenge the notion that high-elevation mixed-conifer/sub-alpine forest fire regimes are exclusively climatically-driven. Importantly, it contributes to a growing body of evidence suggesting that past humans used fire to modify forest structure and composition, thereby reducing the role of climate as the dominant driver of past fires in high-elevation ecosystems. My hope is that our research sparks a discussion about the potential legacies Indigenous cultures had on forested environments across the western U.S., and that through lessons learned from millennia of Indigenous burning, we minimize catastrophic social and economic impacts caused by increasing wildfire activity.

To read more about our findings, please check out our paper, Legacies of Indigenous land use shaped past wildfire regimes in the Basin-Plateau Region, USA, out in Communications Earth and Environment. 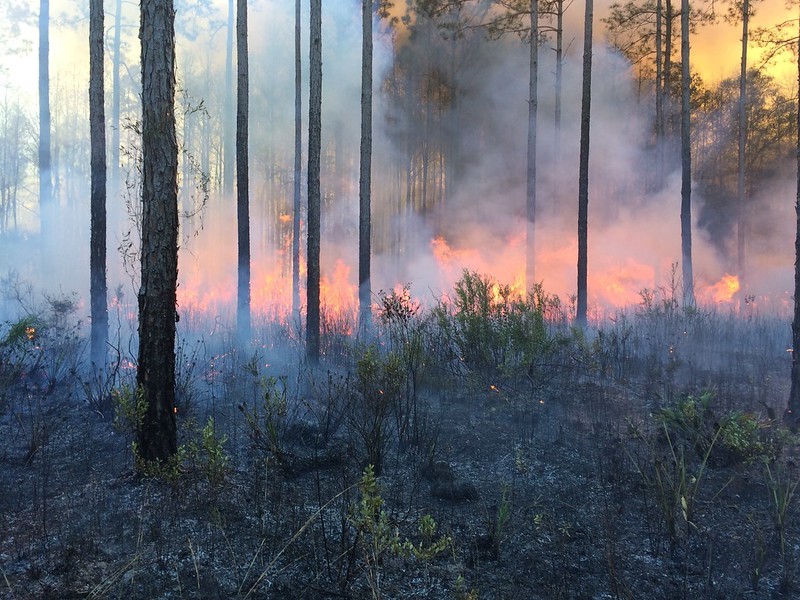 High-elevation mixed-conifer and sub-alpine forest fire regimes in the western U.S. are are assumed to be climatically-driven and not considered to be influenced by Indigenous fire use. Our new study shows that Indigenous populations shaped these types of fire regimes through land use practices.