Can trees be more efficient in warmer climates?

This paper “Forest production efficiency increases with growth temperature” challenges the assumption that the ability of plants to assimilate carbon into organic matter is constant, and demonstrates that a warming climate could increase the efficiency with which this conversion takes place.
Alessio Collalti
Senior Researcher, National Research Council of Italy | Institute for Agricultural and Forestry Systems in the Mediterranean
Follow
Like Liked by Fabio Berzaghi and 1 other

Many models assume a universal carbon use efficiency across forest biomes, in contrast to assumptions of other process-based models. Here the authors analyse forest production efficiency across a wide range of climates to show a positive relationship with annual temperature and precipitation, indica…

Terrestrial vegetation models simulate the plants’ carbon and energy turnover. The physiology, how plants generate organic carbon and energy resources from atmospheric CO2, water and radiation (gross primary productivity, GPP), and how their metabolism uses the energy and thereby turns organic carbon back into CO2 (autotrophic respiration Ra) is well known. However, the mechanisms, how these large gross-fluxes and thus their net balances are controlled is largely uncertain. The environmental drivers for the physiological processes would suggest large sensitivity to, e.g. growth temperature, especially of the carbon losses, as the carbon gains are co-limited by radiation and water. This control mechanism is thus highly speculative in physiological plant models, rendering the simulated forest production efficiency decreasing with increasing temperature.

In 1998, Waring et al. postulated a provocative hypothesis featuring a constant carbon use efficiency of forest stands that would offset any sensitivity of the plant’s carbon balance to its environment.  The contrast between these scientific perspectives motivated our study, with the key question, are plants rather passively subject to the environment and its change, or are plants the master of their carbon and energy balance making them largely independent from their environment?  The answer to this question determines how vulnerable forests are to climatic change.

Forest production efficiency (FPE) metric describes how efficiently the assimilated carbon by plants through photosynthesis (GPP) is partitioned for building their tissues (biomass production, BP) or – more generally – for the production of organic matter (net primary production, NPP). Actually, FPE comprises two different metrics often confounded in literature: carbon use efficiency (also known as CUE), which is the NPP/GPP ratio; and the biomass production efficiency (also known as BPE), which is the BP/GPP ratio. The two concepts are inherently close but conceptually (and quantitatively) different despite their difference is often very small. Indeed, much of the assimilated carbon is actually used to build new tissues and only a small fraction is usually “lost” in other compounds, e.g. for the production of non-structural carbon, for mycorrhizas or for the production of biogenic volatile organic compounds. But the remaining carbon that can be allocated for the production of new biomass, even including other forms of organic carbon, is tightly regulated by plants’ autotrophic respiration; the physiological mechanism, which uses organic carbon, needed to create new tissues and to sustain the metabolism of live tissues.

Understand how efficiently plants use the assimilated carbon is pivotal even under the growing pressure of climate change. Close to be considered as a dogma by some, the autotrophic respiration, and thus also biomass production and net primary production for difference, has been long-lastingly considered (and discussed) to be closely constant because “plants cannot respire what they did not photosynthesised before” (Gifford 1995). Many vegetation models used this simplification in simulating plants’ respiration. But we wondered, is that really in this way, even across different climates and stand age? Really all plants worldwide have the same efficiency because of solely stoichiometry?

In our study we used an unprecedentedly large set of worldwide observations from forests to examine and unravelling the potential controls of age, climate, environment and other factors on FPE by collecting single literature data and merging previous database. But in contrast with other published works based on much smaller measured samples in the literature and to an ensemble of 8 Dynamic Global Vegetation Models modelled outputs from TRENDY v.7 project, we found through a mixed-effects multiple linear regression model that FPE (both as BPE and CUE, respectively) increased with precipitation and absolute latitude; decreased with stand age; while unexpectedly increased with mean annual growth temperature. We were much surprised because our findings were evidently not consistent with the common assumption of a constant FPE (as both CUE or BPE), but nor could they be reconciled with the alternative assumption – adopted in many supposedly ‘mechanistic’ or ‘process-based’ vegetation models – that plants’ respiration had to necessarily increase with growth temperature.

We concluded that vegetation models are overlooking fundamentally important adaptation processes at the whole-plant level, and that this deficiency needs to be corrected in order to make further progress.

Alessio Collalti has a Master Science Degree in Natural Sciences and a Ph.D. in Forest Ecology. His background concerns Forest Ecology, Carbon and Nitrogen Cycle, Forest and Vegetation Modelling, particularly with regard to vegetation numerical modelling and response under natural and anthropogenic stress, including climate change impacts and forest management scenarios. He is the Forest Modelling Lab. head (https://www.forest-modelling-lab.com/) and a senior researcher at CNR. 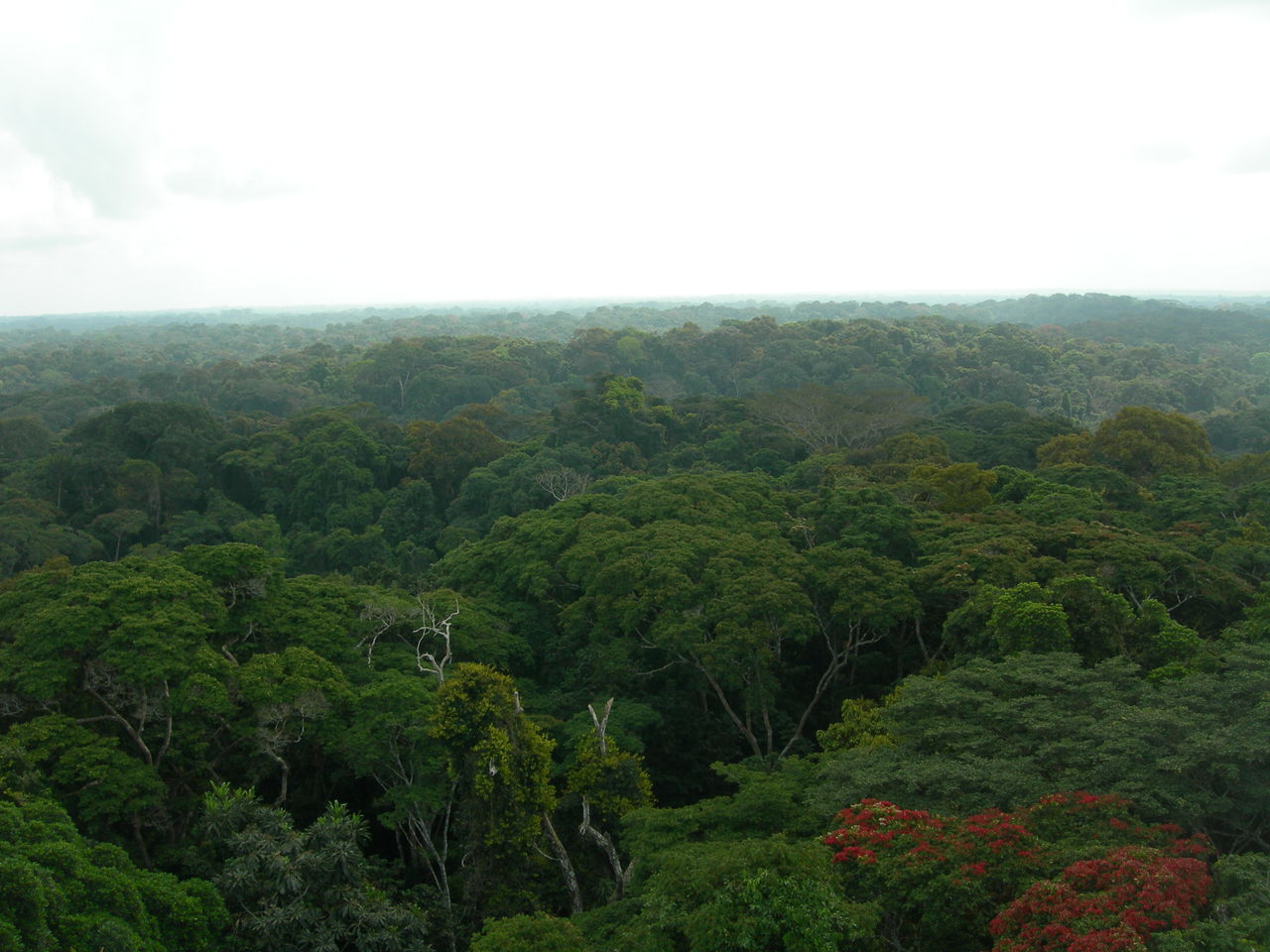 Can trees be more efficient in warmer climates?

This paper “Forest production efficiency increases with growth temperature” challenges the assumption that the ability of plants to assimilate carbon into organic matter is constant, and demonstrates that a warming climate could increase the efficiency with which this conversion takes place.