Investing in the future: Researchers show how cannibalism among the invasive comb jelly enables adults to survive severe conditions at the edge of their ecological range with implications for the use and evolutionary origins of cannibalism.
Jamileh Javidpour
Assist. Prof., University of Southern Denmark
Follow
Like Liked by Ruth Milne

Javidpour et al. use high-frequency field data, geochemical-isotopic analysis, and modeling of prey–predator dynamics of the comb jelly in the western Baltic Sea to show that adult comb jellies cannibalize their own larvae. This shift to cannibalism allows adults to build nutrient reserves for perio…

With their translucent gelatinous bodies, they may not look like much, but the expansion of the comb jelly, Mnemiopsis leidyi, from the east coasts of North and South America to Eurasian coastal waters has wreaked havoc on local environments. This widespread proliferation of this invader has mainly been attributed to its wide food spectrum, high reproduction rate and tolerance to a wide range of temperatures and salinities. The species also possesses amazing regeneration properties being able to regain full size when cut into a quarter of its original size. Nevertheless, the invasion success of comb jellies in the northernmost Eurasian coastal waters has remained something of a mystery because rather than storing body reserves before overwintering, the adult population seemed to counterproductively invest in massive ’blooms’ of offspring unable to survive long and nutrient deprived winters. It had been assumed that perhaps they were able to persist due to a lack of native predators, though both this, as well as the best conservation management strategies for this exotic species, have remained hazy.

My life-long fascination of gelatinous zooplankton brought me to study the ecology of comb jellies in the Western Baltic Sea during my PhD in GEOMAR. One day I made a surprising discovery in the laboratory: under the microscope I observed that freshly collected adults had conspecific larvae inside its stomach. In fact, these larvae were in some cases more abundant than interspecific prey (Figure 1). After publishing our initial finding in the Journal of Plankton Research in 2009, I discussed with my colleague Juan-Carlos Molinero whether eating its progeny was purely accidental or an integral trait that could explain its peculiar bloom-and-bust dynamics in late summer. At the time, we thought that comb jellies were mostly indiscriminate feeders. Given the fast turnover rates of comb jellies during summer, we decided somewhat naively and as a side project to my main PhD projects to sample the comb jellies on a daily basis. This endeavor turned out to be very strenuous as we had to count the live and barely visible specimen immediately after sampling. M. leidyi is notoriously difficult to work with due to its fragile nature.

After the intense summer of field sampling, the project progressed slowly without direct funding. But we certainly did not lack enthusiasm. We had also learned from a study that comb jellies do not feed indiscriminately. In other words, the larvae we observed inside the guts of adults were properly not a result of accidental feeding. With our growing team, we identified population development and drivers, and conducted a tracer experiment to assess the potential for energy and nutrient transmission from larvae to adults. By leveraging this multi-disciplinary approach, it became increasingly likely that cannibalism gives the invasive comb jellies a competitive advantage in their exotic habitats allowing them to quickly empty the prey-field and survive long periods of prey scarcity during winter.

As comb jellies trace their lineage back to the beginning of all animal life, our work also speaks to wider questions of cannibalism in the animal kingdom. Cannibalism has been recorded among over 1,500 species, including humans, chimpanzees, squirrels, fish, and dragonfly larvae. Although sometimes cannibalism occurs during periods of extreme shortage or disaster, it can also occur under regular conditions. More research is certainly required to clarify the role of cannibalism among the earliest members of the animal kingdom and the evolutionary origins of cannibalism and the reasons why it is particularly prominent in aquatic ecosystems. Nevertheless, these gelatinous critters have provided a calculating window into the use of this behavior during the invasion of new habitats. While it may seem abhorrent to us, ‘investing in the future’ certainly has a very different meaning for these invertebrates! 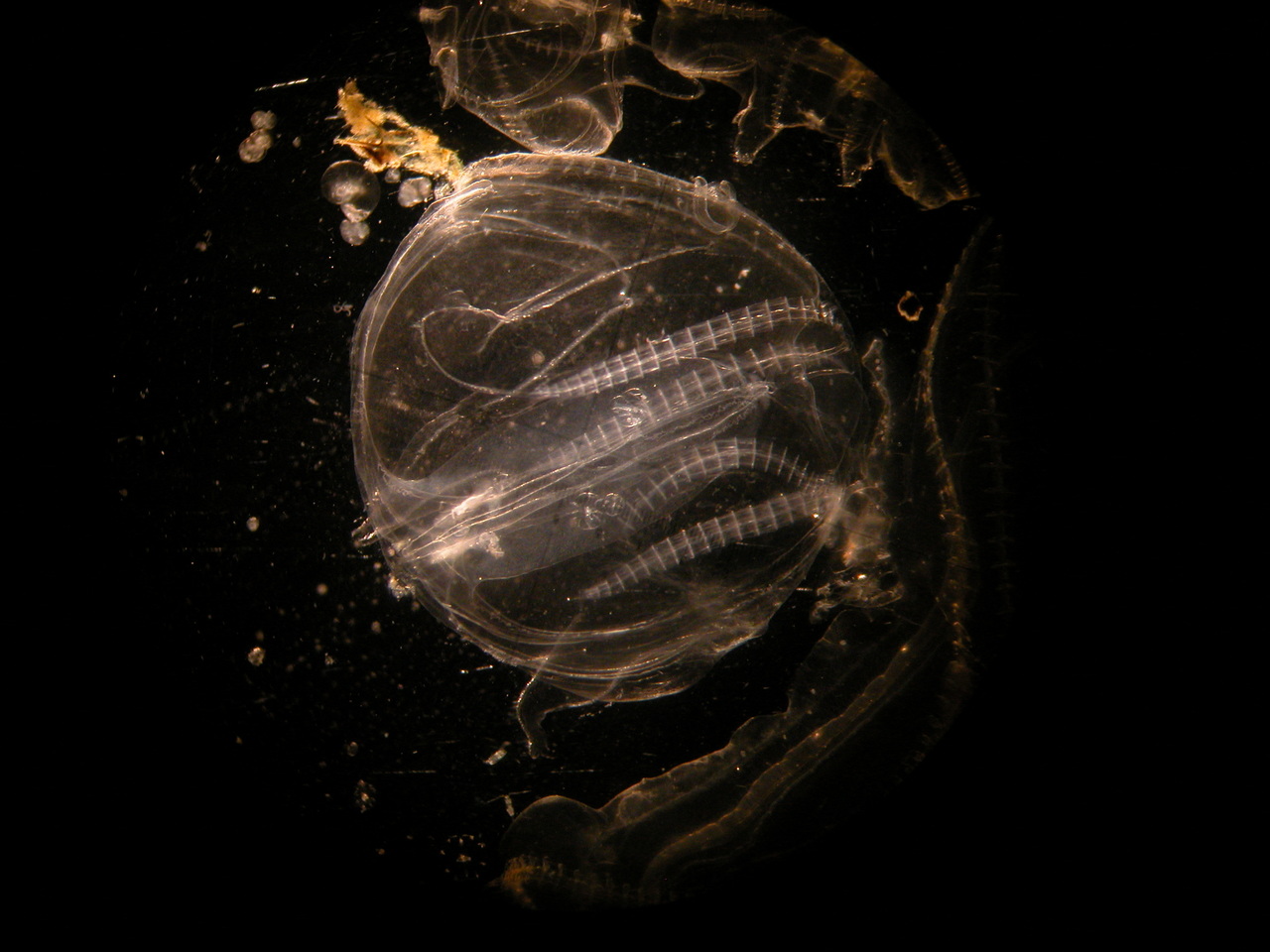 Investing in the future: Researchers show how cannibalism among the invasive comb jelly enables adults to survive severe conditions at the edge of their ecological range with implications for the use and evolutionary origins of cannibalism.