January 2023 represents the 5-year anniversary of the first set of publications from Communications Biology. To mark the occasion, we are interviewing some of our very first authors about their experiences with the journal, and how their work has evolved since these publications.
George Inglis
Senior Editor, Springer Nature
Follow
Like Liked by Evelina Satkevic and 1 other
0

In honeybees, genotypically identical females develop into queens or sterile workers, depending on their diets. In this review, Ryszard Maleszka discusses the controversial role of the royal jelly protein Royalactin in caste determination and provides a framework for moving beyond the master inducer…

Dr. Ryszard Maleszka is an Emeritus Professor at the Australian National University in Canberra, where his research group investigates the epigenetics of behaviour and phenotypic plasticity in (among others) honey bee models. Dr. Maleszka also wrote the first Review article ever published in Communications Biology (Maleszka 2018, DOI: 10.1038/s42003-017-0004-4), which discussed the controversial role of the royal jelly protein Royalactin in honey bee caste determination and provided a framework for moving beyond the master inducer concept.

Could you please share a few details about your academic background, including your current position and research interests?

After graduating from the University of Warsaw, I worked for several years as a Research Fellow for the Canadian National Research Council in Ottawa and later moved to Australia. I have been associated with the Australian National University in Canberra since 1987. I was educated as a geneticist and then trained in the skills of molecular biology and genomics. Initially my focus was on yeast and fungal genetics, but I was keen on working with organisms having brains and gradually moved to insect models starting with Drosophila and eventually joining the honey bee community. The honey bee project turned out to be very rewarding with several papers published by my lab acknowledged as major contributions to studies on insect behaviour and phenotypic plasticity. Recently, I became Emeritus Professor and added a new line of research to my interests. My lab has joined Eric Warrant from Lund University to study epigenetic mechanisms controlling a migratory behaviour of the iconic Australian Bogong moth, a truly remarkable nocturnal navigator that travels 1,000 km from the tropics to specific mountain caves. The most intriguing aspect of this impressive feat is that they do it without any opportunity to learn the migratory route or the location of the aestivation sites from previous generations. Understanding this type of heritable (epi)genetic memory is a very challenging, but realistically solvable problem that we are approaching using epigenomic and behavioural methodology.

I believe it always is tempting to be part of a fresh initiative, and the opportunity to publish an article in an inaugural issue of a new journal that had the potential to become an important venue for high quality research was one of those moments. Importantly, unlike some other journals, Communications Biology was interested in review articles and the editor was open to the ideas that I suggested.

Since writing this Review, how has your own work evolved?

We have been pursuing the epigenetic concepts outlined in that review, which were inspired by Conrad Waddington and his writings in the 1940s about epigenesis, genetics and epigenotypes in the context of development. In collaboration with Paul Hurd from Queen Mary College in London, we have been working on converging two layers of epigenetic regulation, DNA methylation and histone modifications to build momentum for a comprehensive model describing how epigenomes and environment interact to control phenotypic and behavioural plasticity.

Building on your 2018 Review; you think that the field has started to shift away from solely attributing the impact of the royal jelly diet in queen bees to Royalactin?

I think that the roles of royal jelly and one of its components Royalactin in queen bees’ development cannot be really separated. Attributing a complex process like developmental canalisation to the actions of one protein with supposedly omnipotent properties doesn’t explain how phenotypically different organisms are built from one genotype. Although the study by Masaki Kamakura from Toyama University on Royalactin is quite impressive (DOI: 10.1038/Nature10093), it only shows how a certain molecular switch is made. Making reproductive and non-reproductive females from the same repertoire of genes in honey bees requires a major reshaping of cellular networks using both internal and external cues, in this case the special diet. It is an epigenetic developmental process that is controlled by a network of linked regulatory circuits with multiple genes differentially expressed in a precise spatio-temporal pattern. A unique protein like Royalactin is important and plays a role not only in development, but also in brain functions, but is not the master regulator in honey bee caste generation, as indeed documented by Anja Buttstedt and colleagues from Halle University (DOI: 10.1038/nature19349).

Was open access an important consideration to you at the time, or do you think that it influenced the reception to your Review?

Yes, to some extent it was, but I am quite sure that journals in Nature Portfolio are easily accessible to most academics via their libraries, so the ease of access was a minor issue. As I already mentioned, the multidisciplinary character of a new, potentially influential journal that was about to be launched, and the editor’s interest in a review article on the proposed topic were my primary considerations.

Last question: What is one fact you wish more people knew about honey bees?

People often take honey bees for granted, almost like these insects evolved to serve humanity. Yes, they are major pollinators important for food security and they make honey that we spread on our morning toast, but they were doing that long before humans appeared on this planet. Honey is not only their food, but also immune booster and antimicrobial agent, and excessive harvesting for profit deprives them of important chemicals like coumaric acid, which they need for their immune system as shown by May Berenbaum and her collaborators from the University of Illinois at Urbana-Champaign (DOI: 10.1126/sciadv.1500795). So, like with encouraging free-range chicken farms, it is important to support beekeepers implementing proper handling of honey collection and colony maintenance. 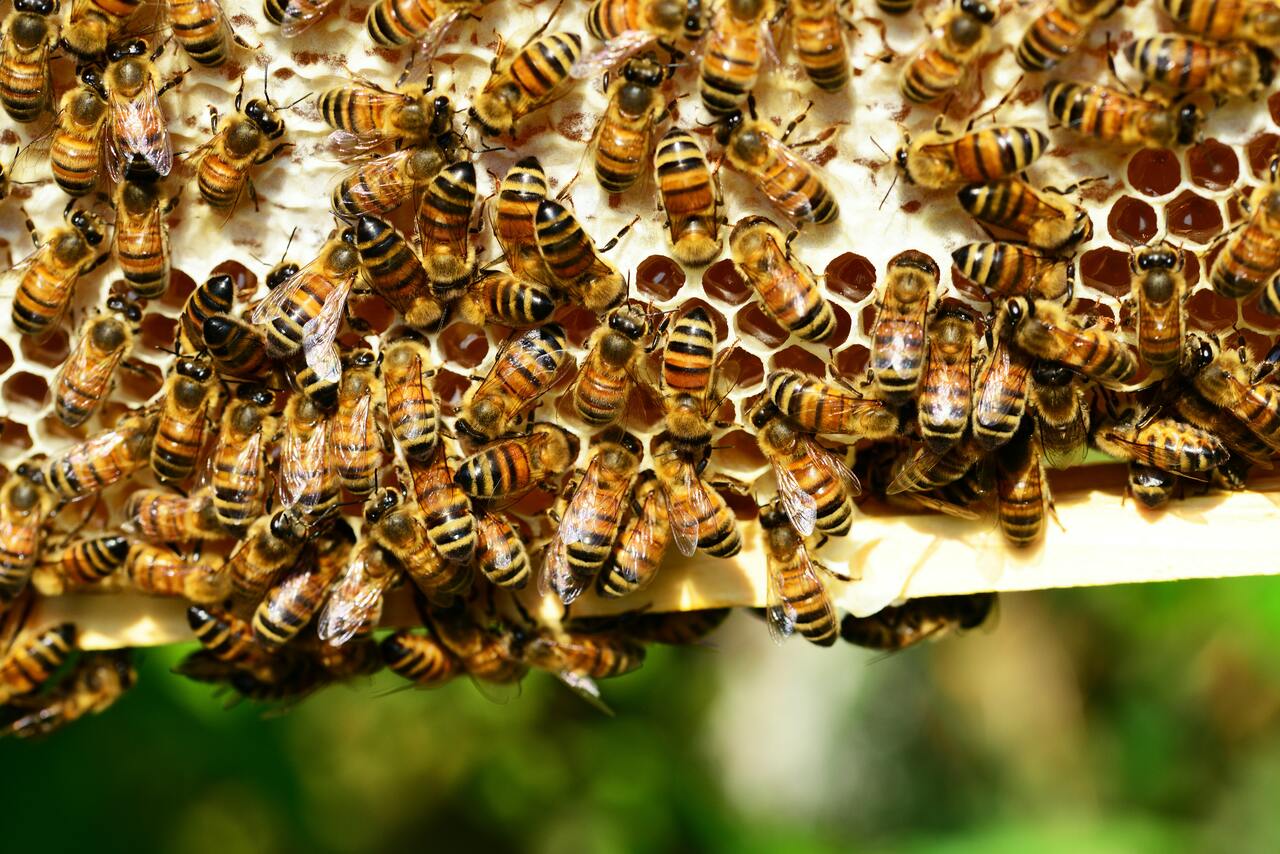 January 2023 represents the 5-year anniversary of the first set of publications from Communications Biology. To mark the occasion, we are interviewing some of our very first authors about their experiences with the journal, and how their work has evolved since these publications.