The world is warming and this is a well-established fact. Much of this warming is spatially and temporally variable, with regions of higher latitudes warming twice as fast as the global average, especially during the winter and shouldering periods (the non-growing season; NGS). Widespread across these regions of higher latitude are peatlands- which are valuable stores of organic carbon and nature’s own climate change mitigation machines. Being such vital sources of carbon storage, it is crucial that we as a society understand what anthropogenic climate change is doing to these sites. And that’s where our study comes in.

In this study, we developed a machine learning model on a 13-year (1998-2010) continuous record of eddy covariance (EC) flux measurements at Mer Bleue Bog located in Ottawa, Canada. This site has been continuously monitoring CO2, energy (latent and sensible heat), radiative (long and shortwave radiation), and momentum fluxes since the construction of an EC tower in 1998.

Key findings from our study suggest that, regardless of the degree of future radiative forcing, the Mer Bleue Bog will act as a source of CO2 during the non-growing season. Our estimates predict a 103% increase in CO2 emissions by the end of this century under a high radiative forcing scenario. Using a global sensitivity analysis, we were able to attribute these increases primarily to changes in photosynthesis and soil temperature within the peatland. This finding suggests that primary productivity by bryophytes during the non-growing season may be of importance - a concept that has not yet been fully explored.

Although not the highlight of this study, a key concept underlying this study was the influence of snow overlaying the peatland. Snow not only regulates the ground thermal regime, but it also alters mechanisms and rates of soil-atmosphere gas exchanges by acting as a barrier to diffusive and non-diffusive transport.  With future climate warming expected to dramatically shift snow accumulation patterns, this has extremely interesting, and admirably under investigated, impacts on NGS peatland emissions.

This work, led by the Ecohydrology Research Group at the University of Waterloo, was only possible thanks to the collaboration of all listed authors of the paper: Arash Rafat, Fereidoun Rezanezhad, William L. Quinton, Elyn R. Humphreys, Kara Webster, and Philippe Van Cappellen. 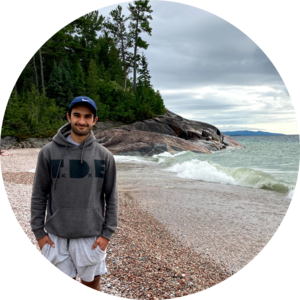