Climate change and the migration of peregrine falcons

Climate change associated with glaciations is likely responsible for the formation of migration routes of peregrines in the Arctic. Current anthropogenic climate change is predicted to have an impact on the future distribution and migration behaviour of these birds on a much shorter timescale.

+3
Xiangjiang Zhan and 3 others View all
Professor, Institute of Zoology, Chinese Academy of Sciences
Follow 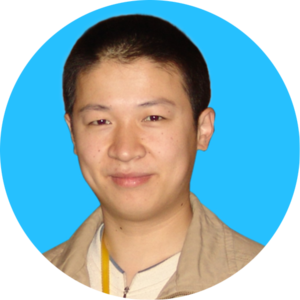 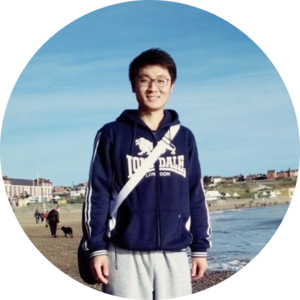 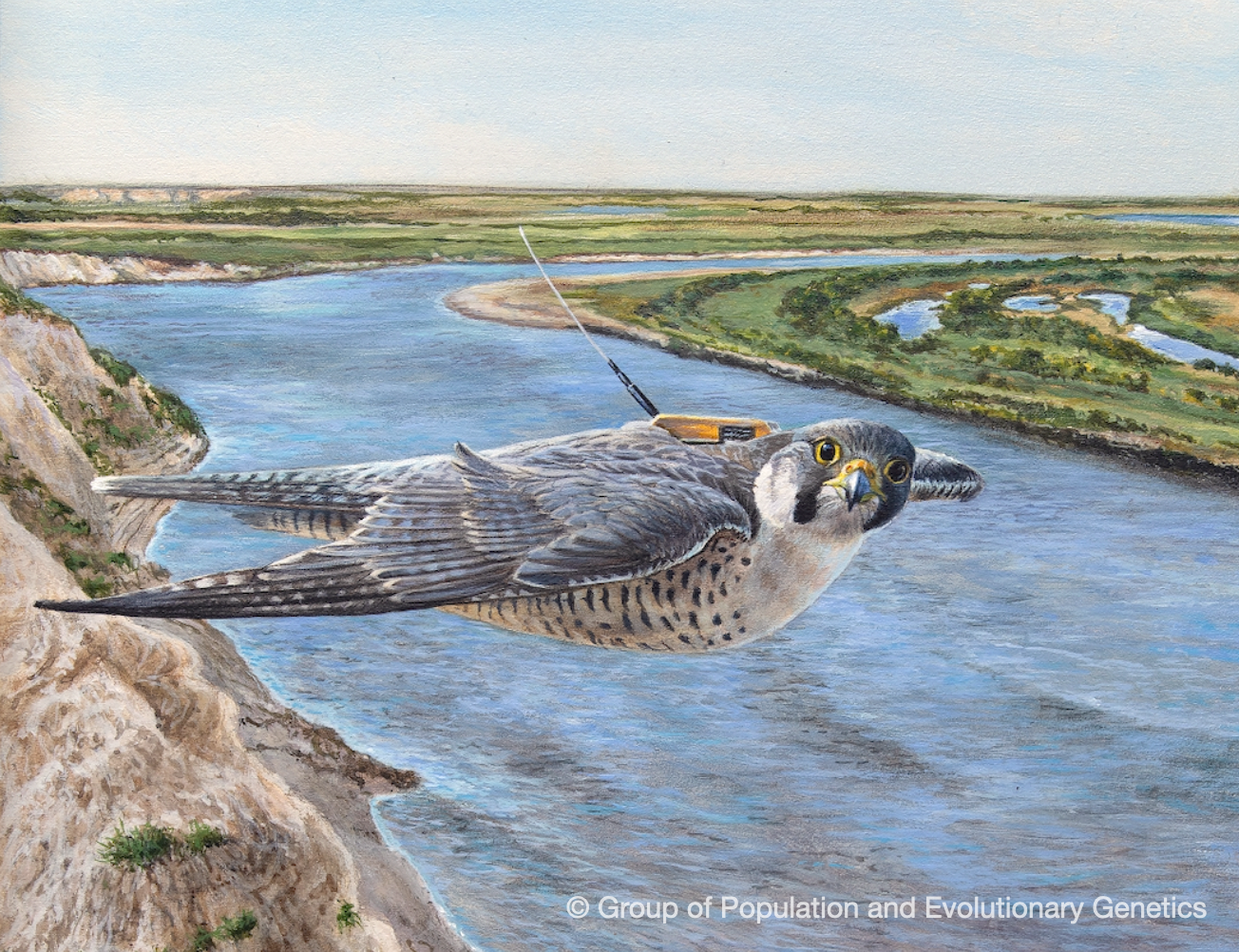 Bird migration has long been one of the most intractable research subjects particularly because of the great difficulties of collecting data in the field. Historically, to understand bird migration, scientists mainly used approaches such as field observations and ringing recovery, with techniques such as stable isotopes applied more recently. Since the 1980s, satellite tracking has proved a powerful tool in uncovering patterns of bird migration, with its application greatly advancing research in this field. Nowadays, spectacular migration routes are increasingly being revealed as more and more bird species have been tracked.

However, the more we know, the more questions we raise. For example, how are bird migration routes formed? Is there a genetic basis to migration (and if so, what?) and how will climate change impact this important behaviour? To answer these questions, this week’s Nature1, we established a continental-scale migration research system, studying Arctic breeding peregrine falcons (Picture 1 and 2) by integrating satellite telemetry and whole genome sequencing. 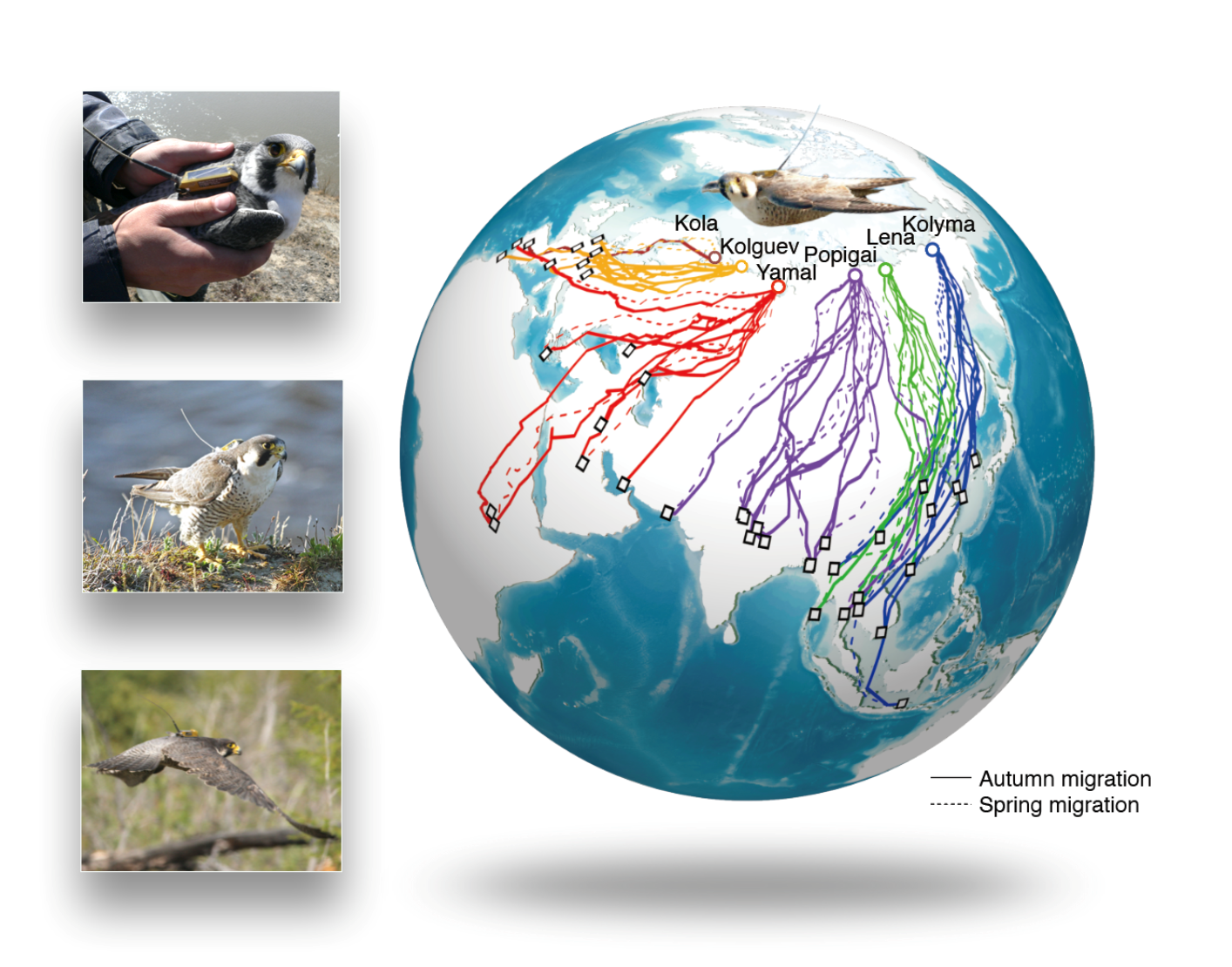 The peregrine falcon’s name is derived from the practice of trapping young falcons on their autumn migration, or ‘pilgrimage’, by medieval falconers for whom the Medieval Latin term ‘falco peregrinus’ meant ‘Pilgrim falcon’. We were keen to discover the degree of migratory connectivity across Eurasia between breeding and wintering areas and to identify the extent of genetic variation across peregrine populations, represented by three widely recognized subspecies (i.e., Falco peregrinus peregrinus, F. p. calidus and F. p. japonensis/harterti). The application of satellite telemetry allowed us to obtain data on migratory behaviour, pathways and wintering areas for each of the populations we studied, while genome resequencing, building on a reference genome2 previously generated by our team, would not only allow us to differentiate breeding populations, but also provide us with insights into their origins, evolution and maintenance.

Selecting study locations to tag and sample peregrines in Arctic Eurasia is logistically challenging: the Russian arctic border zone is extremely remote and difficult to access and to gain the necessary permissions, both to visit and to fit satellite-received transmitters on a protected species. The locations of our study populations ranged from Russian Lapland in the west to the lower reaches of the Kolyma River in the east, enabling us to obtain continental-scale coverage of migratory peregrine populations in Eurasia. Each study area was served by an internal Russian scheduled flight but on arrival in the arctic onward travel was only possible by the use of small boats. Fortunately, peregrines like to use tall sand or rock exposures as nesting sites along river systems, so we could search for nests as we navigated the arctic tundra waterways.

Our satellite tracking showed that peregrines across Eurasia undertake parallel migration routes, with longitudinal connectivity between breeding and wintering areas, revealing their migratory pathways and a strong fidelity to these routes and wintering sites. Once they have established a wintering range, peregrines are remarkably site faithful, returning to the same place each year with one bird tracked over seven years from its nesting area in the Lower Kolyma to its favoured wintering site at a power station in South Korea. To our surprise, our genomic analyses revealed a gene (ADCY8), which is known to be associated with long-term memory in other species was associated with population-level differences in migratory distance.

Although inhabiting superficially similar tundra breeding grounds, the tagged peregrines occupy a variety of habitats in winter, including coastal marshes, desert wadis, savannah grasslands, agricultural landscapes and urban areas from Baghdad to Delhi and across the equator in Surabaya, East Java. Wherever there is a suitable supply of avian prey, optimally pigeon-sized birds, peregrines can potentially be found. This ability to utilise a diverse array of habitats is key to the success of the peregrine, one of the most widely distributed avian species on Earth. However, when we carried out ecological niche modelling, we were able to infer that climate also plays an important role in determining the distribution of migratory peregrines. Climate change linked to glaciation may play a significant role in the establishment of migratory routes, which our models showed have changed substantially during the last 20,000 years, and the existence of diverse latitudinal environments have further served to maintain these distinct routes.

Peregrines are something of a conservation success story, having been brought back from the brink of near extinction in North America and Europe in the post-World War II period. The cause of this dramatic population crash was related to the wide scale use of organochlorine pesticides that affected both reproductive rates and survival. The species was eventually saved when the use of these chemicals was severely curtailed, and their recovery was supported by targeted conservation actions. Consequently, the species is regarded a sentinel that can indicate the pernicious effects of extensive, continental scale or global environmental changes. Following the pesticide problems of the late 20th Century the world now faces the challenge of climate warming, and our prospective ecological niche modelling indicates that this perhaps will have an impact not only on the future population viability of peregrine populations but also their migratory behaviour, with the possible cessation of migration altogether in western Europe.

Brilliant work! So fascinating to see their long journeys.