A ten-year dataset from the Tibetan Plateau shows a general increase in tree-ring growth that is largely explained by enhanced nitrogen recycling through increased litterfall under elevated atmospheric CO2.

Elevated atmospheric CO2 concentration (eCO2) generally leads to increased leaf photosynthesis, which may enhance CO2 assimilation capacity of terrestrial ecosystems (so-called CO2 fertilization effect) and in turn can create negative feedback to global warming. However, it is still difficult to quantify the extent to which eCO2 fertilization may explain the increasing trend of tree-ring widths in recent decades, because changes in air temperature and atmospheric CO2 are highly synchronized and there is lack of suitable data to effectively tease apart the underlying physiological mechanisms. Moreover, natural plants are commonly nitrogen limited, and increased photosynthesis under eCO2 will further increase the demand for nitrogen, leading to progressive nitrogen limitation that constrain the continuous response of tree-ring growth to eCO2. Thus, it is highly debatable whether increased photosynthates under eCO2 could translate into sustained biomass accumulation in forest trees, and whether time series of tree-ring widths can provide a long-term record about responses of tree growth to eCO2.

Increased photosynthesis is expected to accelerate leaf turnover and nitrogen recycling because higher photosynthetic rates are typically associated with shorter leaf lifespan and higher litterfall in a steady-state canopy system (leaf litterfall = maximum leaf biomass/leaf lifespan). Unfortunately, it is unknown whether there is a close link from litterfall to tree-ring growth, and if litterfall-enhanced nitrogen return and resorption play a role in sustaining the effect of CO2 fertilization on tree-ring growth. Such knowledge is critical for accurately quantifying the long-term contribution of eCO2 to forest carbon sink.

At alpine treelines, the early growing season prior to summer solstice is the most important period for tree radial growth and leaf physiology (Fig. 1). Seasonal stem increment tends to peak around summer solstice, which allows cold-limited trees sufficient time for safely completing secondary cell wall lignification before the cold winter. Low soil temperatures during the early growing season generally cause low soil nitrogen availability, which is another major constraint on tree growth. To conserve nitrogen resources, litterfall-induced nitrogen recycling is one of the most important strategies used by nearly all plant species. The seasonal signals in leaves may regulate leaf turnover to improve plant nitrogen use efficiency through reabsorbing nitrogen from senesced leaves. In a steady-state canopy system, leaf mass productivity is equal to the rate of leaf mass loss, and nitrogen uptake rate in green leaves is equal to nitrogen loss rate by litterfall (Fig. 2). The litterfall-induced nitrogen return and resorption may play an important role in regulating responses of tree-ring growth to changing environmental conditions, which may contribute to a higher sensitivity to eCO2 than to warming. Here, we hypothesize that tree radial growth generally has a lagged positive relationship with litterfall and its induced nitrogen return and resorption, and their interannual variations are mainly explained by eCO2 rather than by warming, suggesting a sustained effect of eCO2 fertilization on tree-ring growth in recent decades.

To test the hypothesis, we conducted ten-year observations (2007–2017) of seasonal stem radial increment, canopy litterfall and its induced nitrogen return and resorption as well as climate factors at two alpine treelines (Abies georgei var. smithii and Juniperus saltuaria) in southeast Tibet. We found that annual (or seasonal) stem radial increments generally had a positive relationship with the previous year’s (or season’s) litterfall and its associated nitrogen return and resorption across the two treeline species. Annual tree-ring width, annual litterfall and annual nitrogen return and resorption all showed an increasing trend during 2007–2017, and most of the variations were explained by eCO2 rather than climate change. eCO2 showed primarily an indirect enhancement effect on tree radial growth via positive interactions with annual litterfall and nitrogen return/resorption, and the sum of direct and indirect effects of eCO2 was much higher than that of climate factors in the two treeline forests. Similar patterns were found in the longer time series (1986–2017) of tree-ring width index, and regional representativeness of our observed patterns was confirmed by literature data of 6 other tree species at 11 treeline sites over the Tibetan Plateau.

In conclusion, our data support the hypotheses. Continuous increase of tree-ring growth in cold-limited forests is mainly attributed to elevated atmospheric CO2, while climate change impacts on tree radial growth vary with time periods and slope aspects. Enhanced nitrogen recycling through increased litterfall under eCO2 reduces the nitrogen limitation to plant growth, which supports a general increasing trend of tree-ring growth in recent decades. The findings provide a new basis for detecting the long-term changes in forest litterfall and nitrogen recycling according to tree-ring width records. The revealed mechanisms for litterfall-accelerated nitrogen recycling and its link to the sustained effect of CO2 fertilization on plant growth should be considered in terrestrial biogeochemical models. 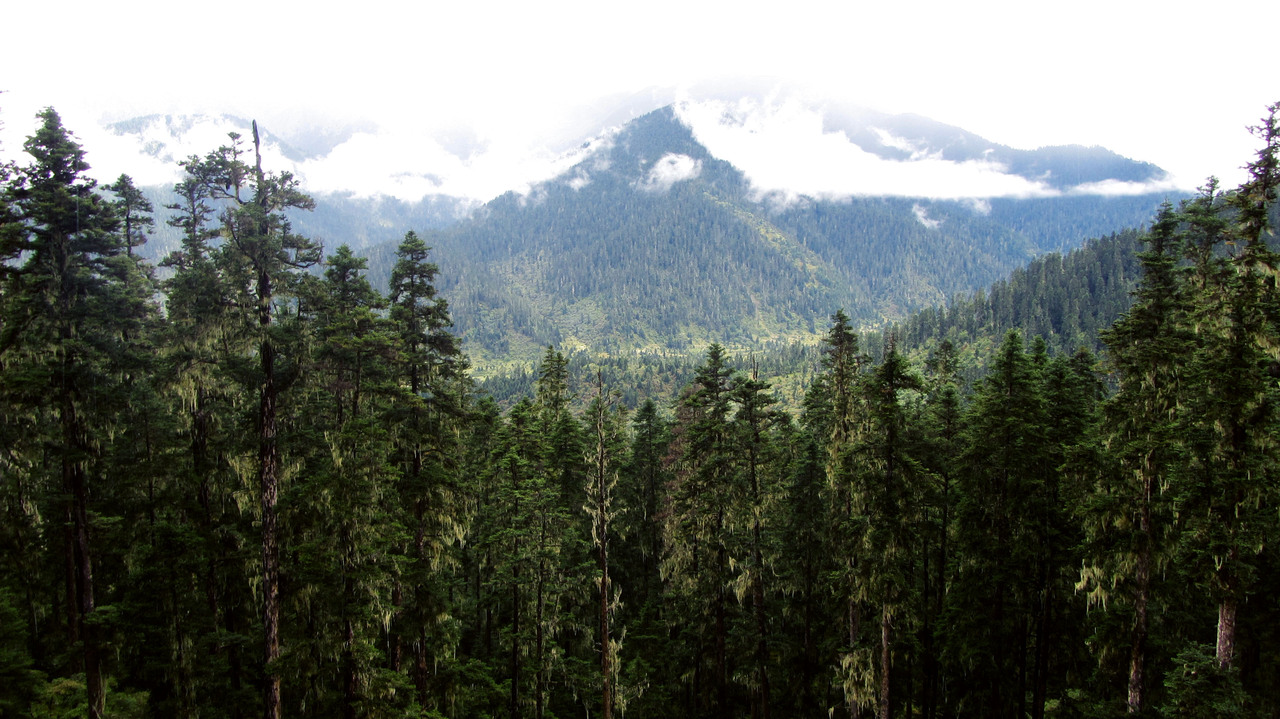