The number of invasive insect pests is expected to further increase with climate change and ongoing globalisation. We use a metaweb approach to investigate how the linkage and suitability overlap between crop and forest pests and their host plants will change under future climate change scenarios.
Marc Grünig
PhD candidate, Agroscope & ETH Zürich
Follow
Like

Marc Grünig et al. report a study of land-use opportunities and risks of introducing novel insect pests in Europe that may arise from global climate change. Using a metaweb approach, they find that there is a predicted general increase in risk of pests to managed plant species under climate change d…

Climate change is compounding the major challenge for agriculture of producing enough food for a growing human population and at the same time produce this food in a sustainable way in order to protect the environment. Human managed ecosystems, including cropping systems and forests are increasingly affected by abiotic and biotic factors. Changing temperature and precipitation patterns are expected to have a negative impact on crop production and forestry on a global scale, while in temperate regions, new opportunities for plant cultivation may open up in the near future due to longer growing periods and warmer temperatures. Meanwhile, climate change also implies a growing impact from biotic factors in form of pests and pathogens. Particularly insect pests, which react highly sensitive to changes in ambient temperature, are expected to gain in relevance in warmer temperatures (Figure 1). Additionally, in the last decades, the global trade volume has drastically increased and a growing number of insect species are accidentally introduced to new regions, where they find increasingly suitable climatic conditions to establish and spread. Harmful insect pests are therefore more and more threatening local agriculture and forestry.

The invasion success of insect pest species not only depends on climatic conditions and introduction frequency (i.e. propagule pressure), but also on the availability of host plants. We know that under climate change the distribution ranges of species are changing and generally shifting towards higher latitudes. For Europe, the changing climate can therefore be expected to allow the cultivation of new crops and extend the cultivation of currently cultivated crops towards higher latitudes (e.g. grapevine in northern Europe), meaning that new opportunities open up without converting new regions into cropping areas. However, at the same time the potential distribution ranges of pests are also changing.

In our study, we therefore investigated how the interactions between insect pests and their host plants are expected to change under different climate change scenarios. This allowed us to not only quantify the upcoming opportunities (increasing crops and forest distribution) and risks (increasing pest distribution), but also to identify spatial and temporal patterns in the exposure of crops and forests to insect pest species. We then adopted a metaweb approach to quantify how interactions in form of suitability overlap will change under climate change scenarios.

Our study showed that new opportunities for crop cultivation are opening up under warming climate in Europe. However, these new opportunities are expected to come along with new risks in form of insect pests. To the best of our knowledge, our research connects the changing distribution of pests for the first time with the changing distribution of their host plants. This is highly relevant because host availability is one of the main drivers of invasion success and areas where crops will be increasingly exposed to higher pest pressure are identified. Under climate change, these areas are drastically increasing in some European regions, meaning that both, the invasion risk of new insect pests and the exposure of crops and forests to insect pest species will increase in the future.

Investigating spatial and temporal dynamics of pest pressure under climate change is crucial in order to anticipate potential invasions. Information on areas with elevated invasion risk can be directly used by decision-makers to plan surveillance and early detection strategies to prevent establishment and spread of new invasive insect pest species. 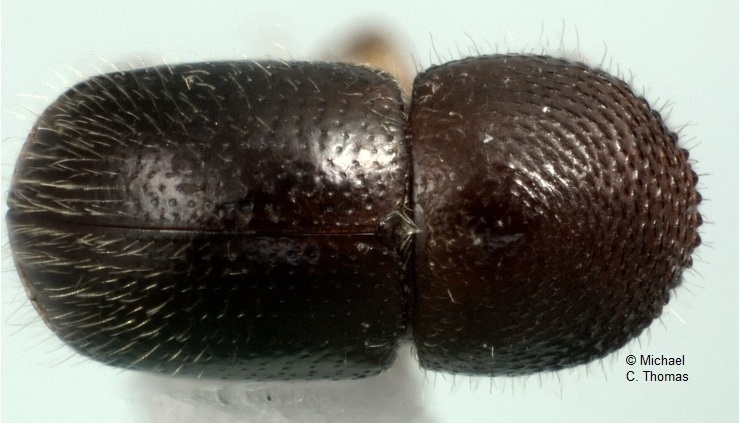 The number of invasive insect pests is expected to further increase with climate change and ongoing globalisation. We use a metaweb approach to investigate how the linkage and suitability overlap between crop and forest pests and their host plants will change under future climate change scenarios.