Archaeological excavations at Bacho Kiro Cave, Bulgaria have uncovered human bones alongside a large assemblage of lithics, fauna, bone tools and cave bear tooth pendants giving us an unprecedented insight into the lives of some of the first Homo sapiens to enter Europe in the Upper Palaeolithic.

Nestled at the foot of the Balkan mountain range in northern central Bulgaria, Bacho Kiro Cave – named for the 19th century Bulgarian revolutionary – sits on a steep slope at the end of a small valley above a river and tumbling waterfall. The archaeological excavations are at the mouth of the cave which stretches several kilometres into the hillside, a popular tourist attraction since the 1930s because of the beautiful geological formations and intriguing prehistory. Today, the peaceful monastery of Dryanovo sits just around the river bend. It is easy to envision why Neanderthals and then Homo sapiens chose to stop here so many thousands of years ago.

Figure 1. View of the Anduka River below Bacho Kiro Cave, looking downstream from the same side of the valley as the site (Photo credit: Helen Fewlass).

The cave is incredibly important because of its intact archaeological sequence spanning the Middle to Upper Palaeolithic transition – the few thousand years when the last Neanderthals and the first Homo sapiens were both in Europe. Neanderthals lived in Europe until around 39,000 years ago but exactly when our species first arrived has been difficult to pin down because there are so few human bones from this time period. In the genomes of non-Africans alive today we see evidence that our species met and interbred with Neanderthals. Unfortunately, the lack of human fossils means that investigations have predominantly been based on the technologies present at archaeological sites from this transitional time period. This has led to much debate over the duration, geographical extent and behavioural effects of the co-existence of the two species in Europe.

During excavations in Bacho Kiro Cave in the 1970s, archaeologists found that one layer in particular had an extremely rich assemblage of artefacts including lithics, bone tools and body ornaments made from cave bear teeth. A few radiocarbon dates indicated that the assemblage may have been made by members of our species over 40,000 years ago, but the results were inconsistent. Today we recognise this type of artefact collection as an Initial Upper Palaeolithic (IUP) assemblage. This type of assemblage is present in archaeological sites across Eurasia and is generally associated with one of the earliest waves of Homo sapiens to enter Europe but until now there have been no human bones unequivocally associated with them and the IUP.

A large international team has been working at the site since 2015, excavating, analysing bones, sediments and artefacts, dating samples and analysing ancient DNA and proteins. The excavators have recovered thousands of artefacts from a few square meters providing new material for new analyses. The project is a collaboration between the National Archaeological Institute with Museum (Sofia) and the Human Evolution Department at the Max Planck Institute for Evolutionary Anthropology (MPI-EVA, Leipzig). During my PhD at the MPI-EVA, I had the opportunity to establish a new radiocarbon chronology for the site, providing a chronological framework for the insights to come.

My first visit was during the excavation season in June 2016. Despite the 30 °C heat outside, it stays cold and damp inside the cave so the excavators work in jumpers and woolly hats. They excavate on site from 8am to around 4pm before heading back to the guesthouse in the nearby town of Dryanovo where the collection is washed, marked and sorted on a daily basis. During our visit in 2016, the excavators had reached the rich IUP layer (Layer I) which is easily distinguished by its dark colour compared to the other layers – remnants of charred material and the fires which lit and warmed the cave so long ago. Searching through the thousands of excavated bones I selected the samples for radiocarbon dating in close collaboration with zooarchaeologist Geoff Smith and palaeontologist Rosen Spasov. They identified tiny traces of past human activity on the surfaces of the bones, such as butchery or skinning marks, to ensure our chronology reflects the presence of people, not just animals using the cave.

During our second visit in 2017, Zeljko Rezek spotted the first human fossil identified during the excavation – a human molar visible in the profile – which was the cause for much celebration! Several months later the ZooMS team identified more human bone fragments based on the structure of their proteins. Mateja Hajdinjak and her colleagues in the Department of Evolutionary Genetics at the MPI-EVA were then able to successfully extract ancient DNA from the tooth and bone fragments, confirming they belonged to ancient members of our species.

Figure 5. Team members in Bacho Kiro Cave during the 2017 field season discussing the progress of the excavation, in front of the Niche 1 where one of the earliest layers of Homo sapiens occupation (Layer I) is clearly distinguished by its dark colour (Left to right: Ivaylo Krumov, Tsenka Tsanova, Nikolay Sirakov, Zeljko Rezek, Shannon McPherron, Nikolay Zahariev, Elena Endarova, Tanyo Dimitrov) (Photo: Helen Fewlass).

Figure 6. Excavators in the Niche 1 in Bacho Kiro Cave in 2018. The dark colouration of the IUP Layer I can clearly be seen in the profile (left to right: Tsenka Tsanova, Nikolay Sirakov, Nikolay Zahariev) (Photo credit: Ventsislava Ivanova).

Back in the lab in Germany I pretreated the bones for radiocarbon dating by extracting and purifying the protein portion (predominantly made up of collagen) and found that the bones were exceptionally well preserved for their age. For small fragments of human bone it is very important to take as little material as possible for radiocarbon dating to preserve the fragments for DNA analysis and future generations to appreciate and study. Using methods developed during my PhD (Scientific Reports: Pretreatment and gaseous radiocarbon dating of 40–100 mg archaeological bone) I was able to extract enough collagen for dating from <100 mg of the human bone fragments, around five times less material than generally pretreated for bones from this age range.

To date the collagen, we collaborated with Lukas Wacker at ETH Zurich (Switzerland) to use accelerator mass spectrometry to measure the ratio of carbon isotopes in the samples. This ratio is converted into a radiocarbon age which tells us when the organism died. In this study we dated 95 animal and human bones from across the layers of the site building up a timeline of human occupation in the cave.

Figure 7. Bone fragment CC7-335 from Layer I in Bacho Kiro Cave, identified as human based on its protein sequences and ancient DNA, and directly radiocarbon dated to ~45,000 years old (Photo: Heiko Temming).

The human bones from the rich IUP layer turned out to be ~45,000 years old making them the oldest directly dated Homo sapiens remains in Europe. These dates, along with 21 other dates on humanly modified animal bones, demonstrate that the IUP occupation in Layer I spanned 45,820 - 43,650 years ago, and probably began around 47,000 years ago during the accumulation of the underlying Layer J. A human femur from Ust’-Ishim in Siberia is the only other directly dated human bone contemporaneous to the Bacho Kiro humans. At ~40,000 years old, a human mandible from Peștera Cu Oase in Romania was previously the oldest directly dated Homo sapiens fossil in Europe. These two fossils have provided incredibly important morphological and genetic insights into ancient members of our species but both were found without any associated artefacts.

The Bacho Kiro humans are the first directly dated Homo sapiens remains excavated from a secure context in association with an extensive IUP assemblage of flint tools, shaped animal bones and cave bear tooth pendants. Similarities are notable between the tooth pendants from Bacho Kiro Cave and those made by Neanderthals in southwestern France between roughly 44,000 - 39,000 years ago. The new dates from Bacho Kiro Cave demonstrate that Homo sapiens and Neanderthals could have co-existed in Europe for as long as 8000 years, although most likely in different areas, plenty of time for Homo sapiens to significantly impact the behaviour of the latest Neanderthals.

In our papers out today in Nature Ecology and Evolution and Nature, we describe the findings from this extraordinary cave which provide crucial contextual and chronological information on one of the first human migrations into Europe, with far reaching implications for understanding the movement and population dynamics of Initial Upper Palaeolithic hominins.

I am grateful to Shannon McPherron, Tsenka Tsanova, Zeljko Rezek, Sahra Talamo, Elena Zavala, Adam van Casteren and Jean-Jacques Hublin for their feedback on this post and Tsenka Tsanova for providing photos. 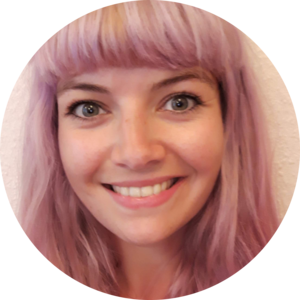