Evidence of plant disease range expansions due to climate change has remained elusive. Combining causal inference with stable isotope analysis, a new study shows that climate change and drought contributed to a nonlinear disease range shift into higher elevations.
Joan C. Dudney
Postdoctoral Fellow, UC Davis
Follow
Like Be the first to like this
0

Humans are not the only species facing a pandemic. Over the past 100 years, white pines in North America have been succumbing to a highly infectious disease called white pine blister rust. The disease, purportedly endemic to northeast Asia, was first introduced into the United States from Europe around the turn of the twentieth century.

Ironically, Gifford Pinchot, the “father of American conservation,” was in part to blame, as he was importing seedlings for US plantations. Within a short period, the disease ravaged through North America, including the West Coast and British Columbia. Though the US government spent millions of dollars trying to control the disease, these efforts largely ended in failure in 1967—this is now considered one of the greatest restoration failures in US forestry history.

A combination of factors, including the spread of white pine blister rust (hereafter blister rust), has contributed to the precipitous decline of whitebark pine.

Hiking in the northern Sierra near Tahoe, I've been hard pressed to find a disease-free whitebark.

In 2020, the US Fish and Wildlife Service proposed listing whitebark pine as threatened under the Endangered Species Act. This decision hopefully marks a turnaround for the conservation of this critically important and still widespread species. While many regions of whitebark's range have experienced major dieback, the southern Sierra Nevada historically contained some of the healthiest populations1.

Unfortunately, climate change and drought are now threatening one of the last remaining refugia for whitebark pine2. Though scientists have long-expected climate change to shift the location of tree disease, the evidence of these range shifts has remained largely speculative. Below I chronicle the backstory of how we rigorously isolated the impact of climate change on the range shift of white pine blister rust.

Traveling deep into the heart of American wilderness, it would take over ten years to collect the data

An intrepid team of scientists, led by Cynthia and Dan Duriscoe, set out to accomplish a seemingly impossible mission: between 1995-1999, they installed 154 long-term monitoring plots in Sequoia and Kings Canyon National Parks (SEKI). Over five summers, they led expeditions into some of the most remote wilderness in the contiguous United States with support from helicopters and horse packers. The scientists and their crews surveyed for blister rust in randomly located tree stands that grew on the steep slopes of the Sierra Nevada.

Our job of finding the plots 20 years later proved incredibly challenging. The original crews were only permitted to tag plots with nearly imperceptible markers—quarter sized pieces of metal installed into random rocks with drill and mortar. Not only that, but in the 90’s, GPS units were less precise. To help re-locate the plots, we searched through the park archives for old journals that described the plot locations. The descriptions often consisted of a few scribbled words with roughly estimated rock dimensions.

Staring up at mountainsides full of potential rocks, we knew the task ahead would take hours, sometimes days.

Following this resurvey, I was chatting with a friend and co-author, Claire Willing, who mentioned the power of stable isotope analysis. We spent the summer of 2017 designing and implementing a study that measured stable isotope signatures in needles that spanned the extreme drought in California. This analysis demonstrated that hotter, drier conditions likely reduced infection risk in sugar pines during, and immediately following, drought. It also provided critical support for our hypothesis that blister rust was sensitive to drought and warming.

Isolating a climate change fingerprint on disease can be facilitated by:

Incidentally, our plots were located in two National Parks, so changes in temperature were not highly correlated with major land-use changes over the past 20 years. We also surveyed plots that spanned a very large temperature gradient—across some of the highest rising mountains in the lower 48 states—that historically contained many plots without disease.

Though the stage was set for success, our generalized linear mixed models, which are commonly applied in ecology, were unable to rigorously isolate an effect of climate change due to multicollinearity among our measured variables. Chatting with Andrew Latimer (my wonderful Smith Fellowship mentor), I realized I'd hit a major wall.

After months thinking through analyses, I couldn't figure out how to tease apart the effects of climate from host species.

A few pivotal conversations with colleagues pointed me to a great paper on causal inference in ecology3. Economists have long-leveraged observational data with robust theory to draw conclusions about the causal relationships underpinning human phenomena (see4 for an accessible introduction). A fixed effects panel model enabled us to control for many of the confounding factors in the system (e.g., host species, elevation, and unobserved time-invariant factors).

Using a two-step process, I first estimated the relationship between climate and blister rust. I then used this model to compare the observed climate change impacts to a counterfactual scenario without climate change. This enabled us to quantify impact of the past 20 years of climate change on the disease range shift (Figure 1).

Panel models, like all scientific models, still have their limitations. I could not control for unmeasured, time-varying factors, for example, that could potentially bias our models. Additional robustness checks, however, enabled us to show that these unmeasured variables were not strongly confounding our results. Thus, combining robust theory (from the literature), experimental data (from a stable isotope study), and a fixed effects panel model (from econometrics), we were able to isolate a more causal estimate of the impact of climate change.

We estimated that climate change over the past ~20 years shifted the disease into higher elevations, exposing the majority of white pine hosts. To my surprise, even small changes in temperature and moisture had major impacts on where the disease was emerging. The expansion upslope was also fast relative to the lifespan of its hosts, which can live for up to 2,000 years.

A significant change in just 20 years may have profound consequences for these incredibly slow-growing and highly susceptible high elevation forests.

However, not all is lost. The impact of climate change on infectious plant diseases will likely be highly complex. Disease-environment interactions, for example, can amplify the direct effect of climate change, potentially leading to catastrophic impacts on some plant populations. In other pathosystems, these interactions can suppress the spread of disease, leaving host populations with lowered risk of infection. In our system, the host-environment interactions led to somewhat of the latter—though climate changed expanded the range, on average disease risk actually declined between surveys.

What we found particularly interesting was that drought-disease interactions were moderated by a water availability gradient (Figure 2). At low elevation, where water was more limiting, drought likely contributed to disease declines. At high elevation, where temperatures were more limiting on growth, this story flipped. Warmer conditions during drought likely extended the number of days the disease could infect trees, which may have elevated disease risk at high elevations. These highly contrasting drought impacts underscored the importance of water-availability gradients that may lead to surprise outcomes of disease range shifts in a warming world.

Dudney thanks Claire Willing for thoughtful edits on this blogpost. This research was conducted on the unceded land of many Native American groups, including the Mono (Monache), Tübatulabal, and Owens Valley Paiute, who historically used fire to sustainably manage these landscapes.

As a plant and forest community ecologist, I am interested in tracing human impacts across terrestrial landscapes. Global change drivers in forest and grassland communities, including infectious disease, pest outbreaks, invasive plants, and climate change, are at the forefront of my scientific inquiries. I am a David H. Smith Conservation Postdoctoral Fellow, a Switzer Fellow and a National Science Foundation Graduate Research Fellow. When I am not writing or analyzing data, you can find me backpacking in the mountains. 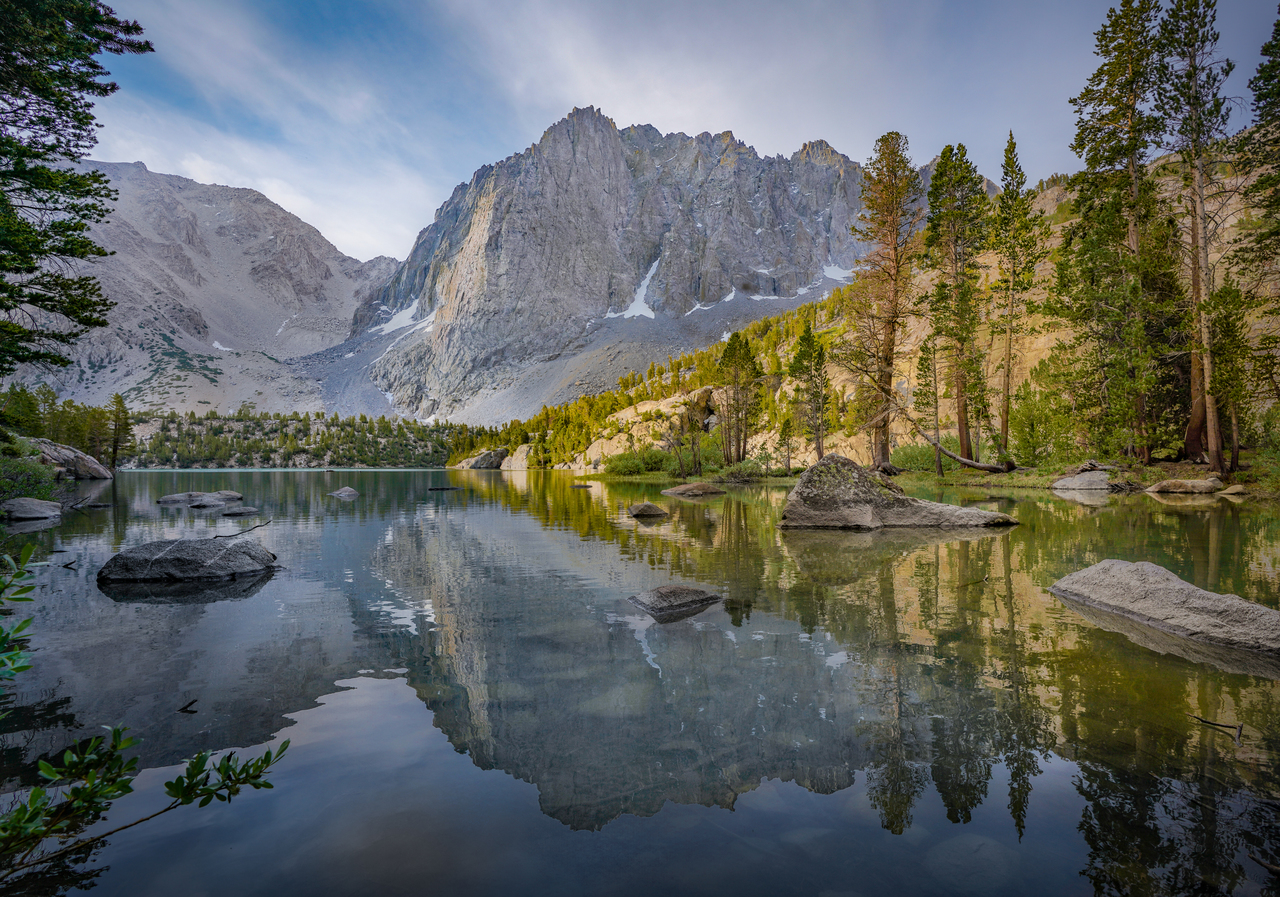