Defaunation and the future of large-fruited palms

Extinctions of megafauna can have cascading effects on their ecological communities. Here, Lim et al. investigate the relationships of historical and current mammalian frugivore body size with palm fruit size, then project how further mammal extinctions are likely to affect palm communities.

Growing up in Singapore, I found the lowland forests replete with palms of the climbing variety -- the rattans -- but most of which were indistinguishable to me except in their variation in their size and how spiny they were. Nevertheless, I felt like I could travel the tropics of the world every time I was on the bus to school. Palms from all over the world lined the streets and were on street corners. I knew not whence they came, but they certainly were not anything like the palms I saw in local forests, ranging from the beautiful fan-shaped leaves of Licuala grandis from the Pacific, to the incredible silver leaves of the stout Madagascan, Bismarkia nobilis, to the curiously foxtail-like fronds of Wodyetia bifurcata from the northern rainforests of Australia.

When I first joined the University of Amsterdam to work with Daniel Kissling on palm frugivore-interactions, Daniel may not have known it, but I was ecstatic about working with this iconic group of plants that had captured my imagination when I was little. One of my first goals was to clean up and put the finishing touches on an unprecedented database of palm functional and morphological traits (Kissling et al. 2019, Scientific Data). But the main objective that Daniel and I had, was to come up with ways to better understanding and predicting plant-frugivore interactions through the traits of the palms and frugivores themselves, and how palm assemblages have been and will be impacted by defaunation. In a fruitful collaboration with Jens-Christian Svenning, Søren Faurby and Bastian Goldel, now published in Nature Communications, we tackled these questions by focusing on the basics: fruit size and body size. That large frugivores would eat large fruits and that small frugivores would eat small fruit was intuitive and, at the risk of oversimplification, holds true. At the extremes, the large fruits of Borassus (> 10 cm in diameter) would be an unlikely candidate for dispersal by most birds. On the other hand, the small fruits of Caryota (~ 1 cm) would not be worthy pickings for many large mammals.

We focused on mammals as they are important dispersers of palm fruits across the entire size range, and looked at biogeographic correlations between mammalian frugivore body size and palm fruit size.  Unsurprisingly, we found that areas where the largest palm fruits were larger tended to be places where the largest mammalian frugivores were also large. This highlighted the importance of large mammals, such as elephants, in the evolution and ecology of large-fruited palms (and probably other fleshy-fruited plants).

We were, however, also interested in whether megafaunal extinctions in the Late Pleistocene may have influenced this relationship. Several large-fruited species of palms in the Neotropics have been hypothesized to be "ecological anachronisms", perhaps adapted to mega-sloths and elephant-like creatures that would have roamed the forests of South America in the Late Pleistocene but now cater to smaller mammals that may not be as effective at dispersing their seeds. Have these former giants left a persistent signal in the present-day biogeographic patterns of palm fruit size?

By comparing the explanatory power of models that accounted for the mammalian frugivorous that would have existed in the Late Pleistocene with models that only included extant frugivores, we found that the relationship between palm fruit size and body size of fruit-eating mammals was strongest when considering the body size of present-day mammals only. This suggested that palm assemblages have probably adjusted to the loss of large megafaunal seed dispersers fairly quickly, either through extinction of large-seeded species or by evolving smaller fruits. However, past frugivore assemblages explained present-day patterns in fruit size in the Neotropics just as well as present-day frugivores, suggesting that some large-fruited palm species may have outlived their main seed dispersers by thousands of years. If so, the large fruited palms of the Amazon may be in debt to small-bodied secondary seed dispersers such as agoutis.

But what of the fate of palms in the future? Anthropogenic defaunation continues as one of the pervasive hallmarks of human impact of ecosystems today. To address this question, we were especially inspired by the work of Mauro Galetti and his team (Galetti et al. 2013 Science), which showed that the seeds of a well-studied Neotropical palm, Euterpe edulis, may have evolved to be smaller in defaunated forest areas where smaller-bodied suite of seed dispersers remain (larger seeds were inaccessible to the "smaller mouths" and were selected against). To simulate defaunation at the global scale, we used a stochastic extinction model that we parameterized from observed changes in Red List status in mammals. We generated simulations of body size of frugivore assemblages over the next 100 years, and then estimated the amount of fruit size change necessary to keep up with changes in frugivore body size assuming the global relationship between fruit and frugivore size.

What we found, was that the fruit sizes of palm assemblages would have to decrease by approximately 4% (or about two-fold greater than changes in seed size reported by Galetti and colleagues) to compensate for the downsizing of mammalian frugivore communities. These are assemblage-level estimates rather than species-level predictions, but as small fruited palms are accessible to a greater size range of seed dispersers whereas large fruited palms may be reliant on a smaller cadre of large-bodied frugivores, large-fruited palms may find it harder to compensate for the loss of their primary seed dispersers.

Our findings emphasize that large-fruited animal-dispersed species are especially vulnerable to the continued downsizing of animal communities worldwide, with far reaching implications for their population dynamics and the structure and composition of future ecosystems. We urge biologists to take a closer look at the long-term evolutionary and demographic responses of large-fruited plant species to defaunation, which will be crucial for developing strategies to avert biodiversity loss and restore ecosystems. 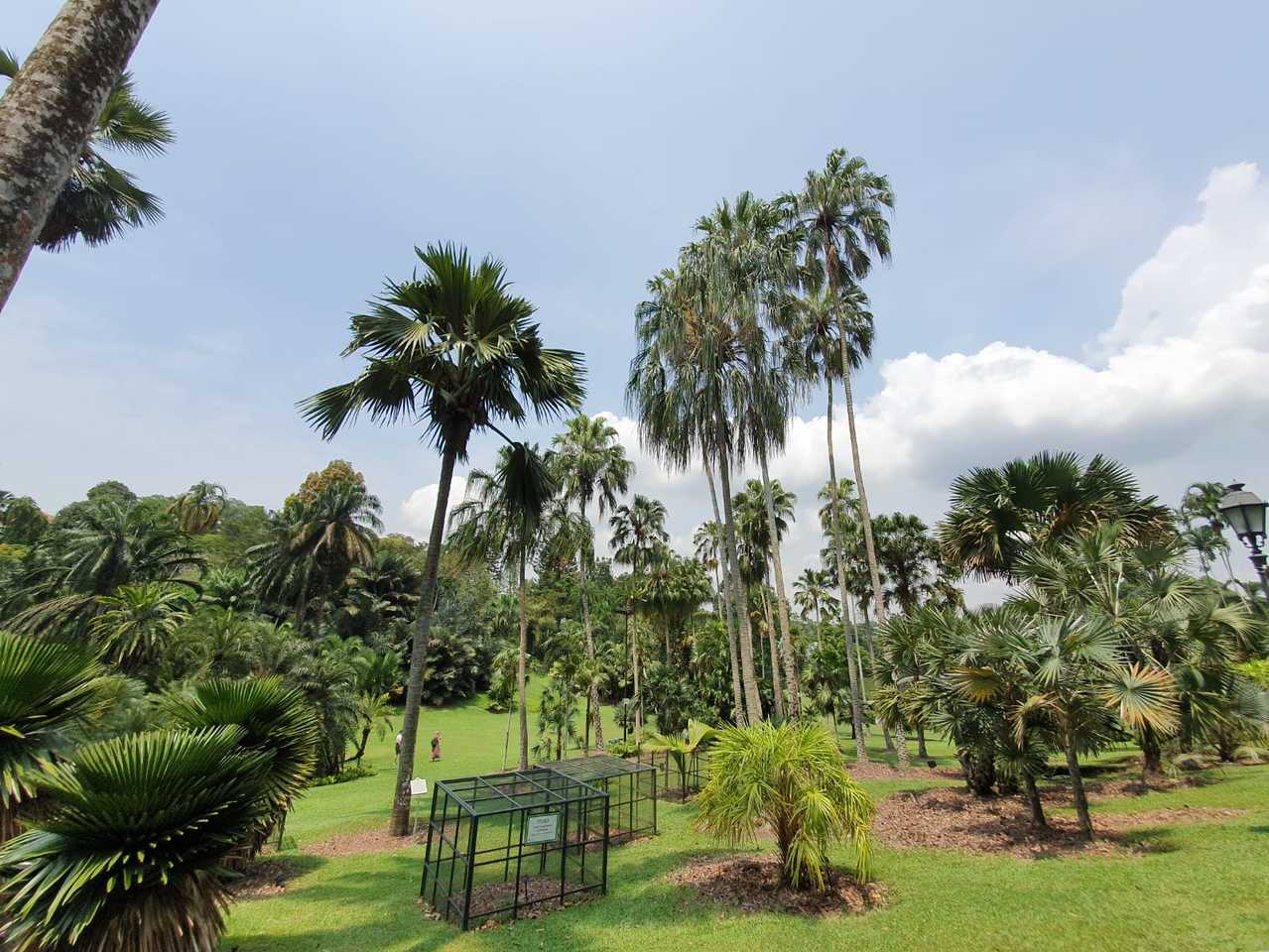 Defaunation and the future of large-fruited palms