At ReadCube, we develop technology that makes the world of research more accessible & connected

High profile genetic, fossil, and material culture discoveries are forcing scientists to contend with an ever-more complex picture of interactions between different hominin populations during Late Pleistocene (126-12,000 years ago). It has been hypothesized that what makes Homo sapiens truly unique is its ability to rapidly colonize extreme environments during this time. Stable isotope evidence from fossil human teeth from isolated islands beyond the Wallace Line provide a detailed look at how our species adapted to challenging tropical circumstances over a 40,000-year period.

Over the last two decades, archaeological evidence from deserts, high-altitude settings, tropical rainforests, and maritime habitats seem to increasingly show that Late Pleistocene human populations rapidly adapted to a number of extreme environments (Roberts and Stewart, 2018). By contrast, our closest hominin relatives, such as Homo erectus and Neanderthals apparently used various mixtures of forests and grasslands. These broader ecological preferences may have made these other hominin species vulnerable to drastic climatic changes (Rizal et al., 2020), although finds of another hominin, Denisovans, on the Tibetan Plateau (Chen et al., 2020) may indicate they were more flexible that has been previously assumed.

Five of us (CS, JL, SK, M, and S O’C) have turned to the islands beyond Wallace’s Line to explore this question, undertaking over a decade of joint work between Australian National University and Universitas Gadjah Mada, Indonesia. These islands were never connected to large, neighbouring landmasses (even as falling sea-levels created larger land-masses of Sunda or Sahul), necessitating water-crossings if hominins were to reach them (Figure 1). Their interior environments have been considered resource poor, covered in tropical forests that have often been seen as ‘barriers’ to some of the earliest movements of our species (Curry, 2016).

Our joint excavations at a number of key sites, such as Asitau Kuru (formerly Jerimalai) have shown that some of the earliest populations of our species, Homo sapiens, to arrive in this part of the world ~45,000 years ago specialized in seafaring and the use of marine resources, allowing them to rapidly colonize and move through these island systems. This has been demonstrated by the presence of archaeological fish bones, such as those of tuna, as well as beautiful fish hooks crafted from shells (O’Connor et al., 2011) (Figure 2). Nevertheless, the overall reliance of these humans on marine resources, as well as the degree to which they ignored useful tropical plants and animals on shore, have remained hotly debated (Anderson, 2013).

Figure 2. Shell fish hook recovered from the site of Lene Hara dating to 11,000 years ago. An earlier, less complete example was recovered from Asitau Kuru, indicating an early marine specialization for humans arriving on these islands.Photograph taken by Sue O’Connor.

Stable carbon isotope analysis of hominin fossil tooth enamel has been used for a long time in Africa to study the diets and environments of some of our earliest ancestors. Different types of resources, such as those from dense tropical forests, grasslands, and the ocean, have different stable carbon isotope values. These differences are tracked into the tissues of animals that eat them. As a result, by studying the values of well-preserved human teeth, and comparing those to land and sea animals preserved at the same archaeological sites, we can get a better understanding of the overall reliance of an individual on these different food sources during the formation of their teeth.

Studying human teeth from the sites of Asitau Kuru, Lene Hara, Matja Kuru 1 and 2, Makpan, and Tron Bon Lei on the islands of Timor and Alor, we were able to study the diets of humans from between 42,000 and the Neolithic period (Figure 3). We can directly show that the earliest human fossil existing in Wallacea (dated to 42,000 to 39,000 years ago) mainly relied upon coastal resources. However, from 20,000 years ago, humans began to consume inland tropical forest resources (Figure 4), likely including giant rats and carbohydrate rich tropical plants that have recently been shown to be important parts of the diets of later farmers expanding through the region (e.g. Tromp et al., 2020).

Our isotopic evidence supports recent human colonization models of Wallacea and Australia that suggest a rapid, initial coastal colonization, followed by later inland settlement as populations expanded (Kealy et al., 2017; Norman et al., 2017). However, our data also shows that as populations expanded and social connections intensified later on in the Pleistocene, human populations began to make the interiors of these islands their homes as well. As a result, this Wallacean example shows different individuals and populations specialize in different ecological adaptations as time progresses, highlighting the overall flexibility of our species.

This data agrees with growing evidence that Late Pleistocene human populations were able to rapidly come to terms with even the most extreme of environments, including deserts, high altitude settings, the palaeoarctic and even tropical rainforests. While other hominins, such as Homo floresiensis, made water crossings to reach past the Wallace line from 1 million years ago, the current ecological evidence associated with their fossils and occupation sites suggest that they made use of expanding grasslands, and associated medium to large mammals, that appeared in the region as a result of climate change (e.g. Brumm et al., 2016; Roberts and Amano, 2019).

This fits with evidence for other members of the genus Homo elsewhere (including the Neanderthals) that seem to have preferred a broader use of, albeit variable, mixtures of woodland and grassland habitats. In Southeast Asia, it seems that extreme environmental changes, and the expansion of tropical rainforest across the region, during the Late Pleistocene, may even have contributed to the eventual extinction of Homo erectus (Rizal et al., 2020), and perhaps other hominins, leaving Homo sapiens as the last hominin standing by the end of the Pleistocene.

Although future findings may challenge this view, and the application of the same methodology we show here to other hominins in Southeast Asia would represent a fascinating comparison, the current balance of evidence suggests Homo sapiens was uniquely able to flexibly adapt to the variety of environments the world’s continents had to offer during the Late Pleistocene. This distinctive flexibility, perhaps supported by unique capacities of innovation, technological sophistication, and social communication, enabled our species to thrive in a variety of environments, and ride out increasingly extreme climate changes, even as certain groups may have locally failed.

This work would not have been possible without the Secretaria do Estado da Arte e Cultura, Timor-Leste, and the Indonesian Ministry of Research, Technology, and Higher Education (RISTEK) Foreign Research Permit Division. We would like to thank the landowners and villagers of Alor and Timor-Leste, staff and students from the Universitas Gadja Mada, Pusat Penelitian Arkeologi Nasional, Balai Arkeologi Bali, and the Australian National University for their assistance in the field. Finally, we would like to dedicate this paper to the late, great Ken Aplin, who sadly passed away last year, whose dedicated research on the animals of Pleistocene Wallacea will represent a cornerstone of ecological research in the region for decades to come.

Title: Isotopic evidence for initial coastal colonization and subsequent diversification in the human occupation of Wallacea

marc verhaegen
over 2 years ago

Thanks a lot for this very interesting article. Most likely, human colonization of coastal environments probably began already early-Pleistocene, when Homo erectus dispersed intercontinentally following the African and Indian Ocean coasts, islands and rivers, and even reached Java, helping explain Homo's drastic brain enlargement, which was made possible thanks to the abundant brain-specific nutrients such as DHA, iodine, taurin and oligo-elements in aquatic foods, for instance, see my paper in Human Evolution 28 p.237-266 "The aquatic ape evolves: common misconceptions and unproven assumptions about the so-called Aquatic Ape Hypothesis", or google "coastal dispersal Pleistocene Homo 2018 Verhaegen" and references therein. 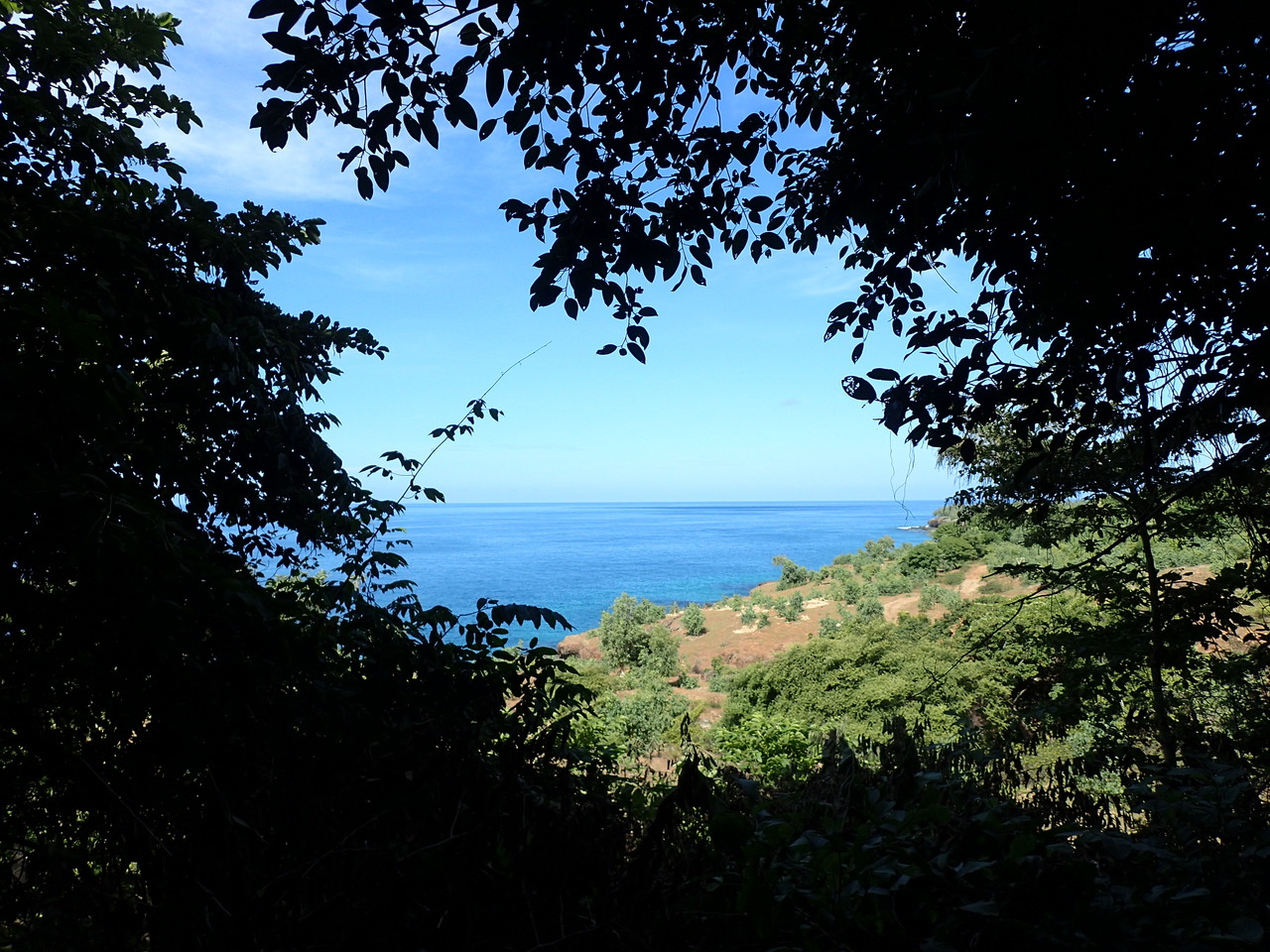