High density sampling of sediment DNA covering 300,000 years in Denisova Cave revealed turnovers in the humans and animals present and linked them to climatic changes.
Elena Zavala
PhD Student, Max Planck Institute for Evolutionary Anthropology
Follow
Like Liked by Ben Johnson and 1 other
0

Ancient mitochondrial DNA from sediments reveals the sequence of Denisovan, Neanderthal and faunal occupation of Denisova Cave, and evidence for the appearance of modern humans at least 45,000 years ago.

Located in the Altai Mountains in Southern Siberia, Denisovan Cave has been made famous by the discovery of a previously unknown group of hominins, the Denisovans, the Asian counterpart of Neandertals, and more recently, the child of a Neandertal mother and a Denisovan father. It contains three chambers that span over 300,000 years as determined by the recent dating of the sediments recovered from its layers. Numerous artefacts have also been found, indicating that hominins occupied this archaeological site at least periodically for ~250,000 years. However, Neandertal and Denisovan DNA has been recovered from only 8 skeletal remains from the site so far, preventing the reconstruction of the occupational periods of these groups. In the upper layers of the cave, pendants and stone tools were found that are often associated with ancient modern humans (an artefact assemblage known as the Initial Upper Palaeolithic). However, the absence of ancient modern human remains at the cave has prompted extensive debates as to who were the creators of these artefacts - humans, Neandertals or Denisovans.

The cave and the gravity of its history all felt very distant to me as I looked at the piles of sediment bags on the lab table at the Max Planck Institute for Evolutionary Anthropology (MPI-EVA) in Leipzig, Germany in January 2018. I had started my PhD in Matthias Meyer’s group in the Evolutionary Genetics department just six months earlier and wasn’t sure what to expect from the project. We knew that ancient DNA could be recovered from Denisova Cave sediments, but a study of this magnitude designed to track changes in animal and hominin occupation at a single site had never been performed. Looking at bag after bag of brown dirt, labeling them and entering all the relevant information into our database, it was all too hard to imagine that this material could be used to uncover past mysteries. Then, as I continued going through the samples, the color of the dirt began to change. Yes, there was still light and dark brown dirt, but also grey, black, red and even a yellowish green. As I studied photos of the stratigraphy I started to wonder, could these different colored layers coincide with changes in the types of DNA we could potentially recover? It would be almost a year before I would get the first glimpses into the answer to this question.

There were four crucial steps needed to produce data from each of these sediment samples. First, we had to take sub-samples of about one teaspoon of dirt from each of the small baggies. Second, DNA would need to be extracted from the sediment. Third, the recovered DNA would need to be converted into libraries so it could be sequenced. Finally, we would enrich the libraries for a spectrum of different mammalian mitochondrial (mt) DNA and specifically human mtDNA. This may all seem simple to you at first, but once the number of samples in this study was factored in the task quickly became daunting. Just by counting the samples (excluding the negative controls that are added at each step along the way) this meant 728 extractions and library preparations, and 1,456 enrichments!

In 2018 we had automated protocols for both the library preparation and enrichment steps where, using robots, we could process 96 samples at once using robots. Over the course of the year an automated extraction protocol was also developed for 96 samples at a time. We also increased the number of samples that could be enriched at one time from 96 to 384, thanks in large part to the hard work of my colleagues Julia Richter, Birgit Nickel and Ayinuer Aximu-Petri, who together with other members of Matthias Meyer’s lab developed this and other methods that made this project technically possible.

This was my first time working with robots and I quickly learned it was a bit more than just pressing buttons. During my very first time operating the robot by myself it started putting plates and reagents in all the wrong places and I had to call for help from the clean room. Apparently, our robot often tries to break free during a users’ first solo run. From then on, I quickly learned the superstitious habits that all lab scientists have with their equipment (e.g. saying hello), reinforced by many hours of successful work (and failures!).

While it took over two years to generate all of the data for this project, we got the first glimpses at the end of 2018. The enrichments for mammalian mitochondrial DNA from the East Chamber were completed: I was surprised to see that there was a clear change from predominantly bear and canid DNA in the lower layers to hyaenas and bovids in the upper layers. Moreover, we could see this trend in data from both areas sampled in this chamber!

Skeptical at first, I thought, could this be some kind of “batch effect” from sets of samples that were processed together on the same robot run? Or, worse even, cross contamination between samples in the lab? No, the samples with similar groups of ancient mammals were processed in different sets and all negative controls were clean. It was at this point that I became a true believer in the full power of sediment DNA. We had identified an actual turnover in the animals present in the cave.

As we continued to generate and analyze more and more data we identified predominantly Denisovan mitochondrial DNA in the older layers that contained early Middle Palaeolithic artefacts (a stone tool assemblage) and both Neandertal and Denisovan mtDNA was identified throughout layers in the middle of the stratigraphy (containing middle Middle Palaeolithic tools). Unfortunately, from most sediment samples we recovered relatively few fragments of hominin mtDNA. Only four samples out of our 175 containing ancient hominin mtDNA resulted in sufficient data to build actual mtDNA sequences. This meant that we were not able to easily place the remaining samples in the same context with previously published Neandertal and Denisovan mtDNA genomes.

Fortunately, Benjamin Vernot, who was at the time a postdoc at the MPI-EVA, had just developed a method to classify DNA sequences in relation to their similarity to reference mtDNA genomes. He had used this method recently to identify a change in the mtDNA of Neandertals at a site in Spain. Using this method, we could extract much more information from the limited data and found a change in the Denisovan mtDNA before 130,000 years ago and after 80,000 years ago. We detected exclusively Neandertal mtDNA between these two periods, and that it was a different group of Denisovans that returned to the cave after the time of solely Neandertal occupation.

By combining the mammalian and human data we began building a picture of the caves’ history. Around 250,000 years ago during a relatively warm period, Denisovans were present in the cave and cave bears were frequently using the cave as a den. Around 190,000 years ago the climate began to change, becoming colder, and at the same time Neandertals first appeared at the site. Cave bears gave way to brown bears and there was even a shift in the type of cave hyeana using the cave. The climate then became warmer again some 60,000 years later, coinciding with another change in the type of cave hyaenas and marking a period where only Neandertals were present in the cave. When Denisovans reappeared they looked genetically different from those originally found in the cave, hinting at a discontinuous history of Denisovan populations. Finally, with the discovery of pendants and stone tools that are characteristic of the Initial Upper Paleolithic, the first ancient modern human DNA appeared, marking the first genetic evidence of their presence in the cave.

Interpreting this picture was only possible because of all the hard work our Russian and Australian collaborators had previously put into establishing a timeline: by dating of the sediments from each layer of the Main and East chambers and the careful documentation of recovered artefacts. Of course, we also benefited from previous genetic analysis of skeletal remains from the site. Taken together these elements created the framework that sediment DNA could then build on.

High-density sediment sampling at other archaeological sites will generate more insights into past hominin and animal occupations of these sites. As these studies grow, we will also be able to draw connections across time and space, using the sediments that are so abundant at each archaeological site.

You can read more on our findings in our paper out today in Nature.

Thank you to Laurits Skov, Mateja Hajdinjak, Helen Fewlass and Matthias Meyer for feedback on this blogpost and Richard G. Roberts, Zenobia Jacobs, and Mateja Hajdinjak for providing photos and illustrations.

Interested in ancient DNA from all sources, forensic genetics and creating a bridge between the two 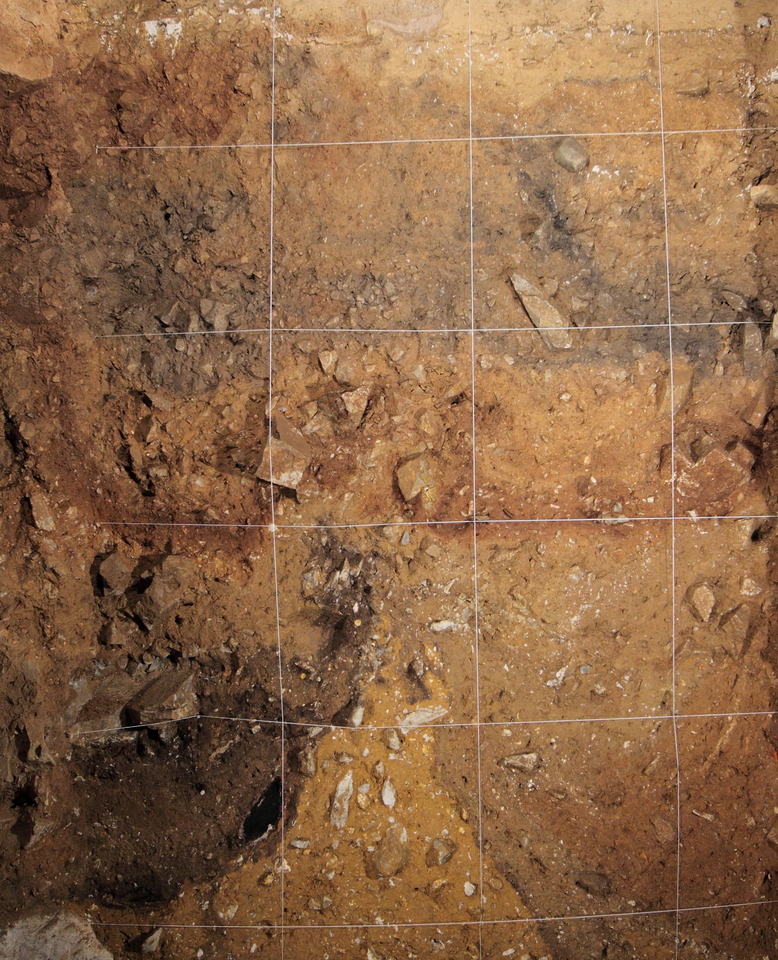 High density sampling of sediment DNA covering 300,000 years in Denisova Cave revealed turnovers in the humans and animals present and linked them to climatic changes.