Behavioral traits (sometimes personality) are common across species, but there is little known about their persistence over a lifetime. We found that individual dolphins have social traits that last over decades and form a syndrome comparable to the human extroversion-introversion axis.
Taylor Evans
PhD Candidate, Georgetown University
Follow

Taylor Evans et al. present analyses based on 32 years of observations of dolphin social behaviour in Shark Bay, Western Australia. Their findings indicate that individual social traits, such as preference for time spent alone vs in groups, remain stable throughout an individual’s lifetime, despite…

“There’s Demi, alone as usual.” “Oh, Ripley is in that big group, she loves a crowd.” I could be describing people, but these are dolphins of the Shark Bay Dolphin Research Project (SBDRP), a long-term observational study led by Dr. Janet Mann on wild Indo-Pacific bottlenose dolphins (Tursiops aduncus) living in Shark Bay, Western Australia. Keen observers have noted anecdotally that these dolphins have individual social preferences, however quantifying this phenomenon is a different story. Human personality is a more familiar concept, with social preferences falling along an introverted – extroverted spectrum. Animals outside of humans also have distinct ‘personalities.’ In more technical terms, individuals express behavioral traits that are stable across time and context. But how stable is stable? Theories about the existence of personality rely on the assumption that behavioral traits are a permanent feature, but there is little empirical evidence (in either direction) that they last past a few years, especially for long lived animals. The SBDRP provided us a unique opportunity to investigate the outer limits of behavioral stability, as dolphins in Shark Bay have very slow life histories (they are dependent on their mothers for up to 8 years, and live for up to 50 years), giving us the chance to look at longevity in terms of both raw years and total coverage of an individual’s lifetime. We wanted to see if individual social traits could last in the face of decades.

The dolphins of the SBDRP are a particularly interesting system to look at social personality traits. They are bisexually philopatric, meaning that both sexes stay in the area they are born into. This is rare for mammals, as usually one sex leaves at sexual maturity, making it difficult to obtain lifetime data for both females and males. They also have fission-fusion group dynamics, meaning that individual dolphins join and leave groups often and at will. For other fission-fusion societies, this could mean groups change composition once or twice a day, but in the case of the SBDRP dolphins groups can change more than 5 times per hour. This extreme flexibility may seem to make individually stable social traits unlikely, but the fact that their social decisions are unfettered by kin groups or dominance structure allows individual preferences to be isolated.

Capturing sociality is no casual feat. ‘Social’ is a large umbrella term rather than a single behavior. So we tested the repeatability (how much variation in a metric is attributed to the individual) of several social measurements. The first was time spent alone, which encompasses the decision to socialize or not. From there we wanted to further characterize how individuals socialize, so we quantified time spent in small and large groups, as well as the number of unique associates each dolphin was sighted with. Additionally, we calculated the number of same-sex associates each dolphin had, as any preferences could be obscured by mating behavior. We also calculated the time each dolphin spent in groups that were actively exhibiting social behavior, as this is often used as a broad metric for sociality. Finally, we quantified how much time each dolphin spent foraging, as this population forages alone, providing an alternative measure of the non-social activity budget. All of these metrics were calculated in at least three life history periods for each dolphin, as you need three data points per individual to be able to calculate an accurate repeatability.

Our results showed a stable social syndrome (suite of correlated behaviors), something similar to the human extroversion-introversion axis. Individual dolphins exhibited sociality along a spectrum, ranging from some dolphins spending almost all of their time alone with few associates, and others almost always found in big groups and with many social contacts. Perhaps the most interesting aspect of our results was the fact that individual dolphin sociality remained stable for decades, across all of the changes dolphins experience as they age. As calves, activity is largely dictated by the mother; for sociality to last from the calf period into adulthood maternal effects are likely playing a large role. But even across 30+ years of adulthood, dolphins keep their preferences. This reframes social behavior as something less plastic and adjustable than previously thought. While this may sound disadvantageous, it is likely necessary to have at least some predictability in a complex society where you encounter the same individuals for many years. If you are deciding whether to socialize with another individual, you want to know what you are getting yourself into. An unpredictable partner is a liability. Taken further, social trait stability may be essential to the development of societies involving many differentiated relationships.

Not all metrics we investigated were a good indicator of individual sociality, and sex differences seemed to play a role. Time in actively social groups, for example, was not tied to individual preferences at all for either sex, going back to how broad of a term social can be. Time in small groups however, was repeatable for males but not females. To be successful in a reproductive sense, male dolphins in Shark Bay navigate a multi-level alliance system, and form life-long bonds with a small number of other males. For them, time in small groups may be indicative of alliance size dynamics, whereas for females, sociality can be more flexible. This is corroborated by a principal components analysis which showed that females exhibit more variation along our ‘sociability’ axis.

Now we can say sociability is a lifelong trait that varies between individual dolphins. Our study is rivaled in length only by human longitudinal studies. But the longevity of dolphin sociality expression raises further questions. How does sociality interact with fitness? How likely is a dolphin to mirror its mother, and does that differ for females and males? Another tease is that the Shark Bay dolphins are renowned for the breadth of foraging tactics found within the population, from tool-using sponging dolphins to hydroplaning beach dolphins. The least social individuals we found were those who use sponge tools, suggesting a tradeoff between socializing and time-intensive foraging tactics. Our study confirms that sociality can be treated as a lifelong trait, opening the door to investigating the evolutionary causes and consequences of behavioral traits. 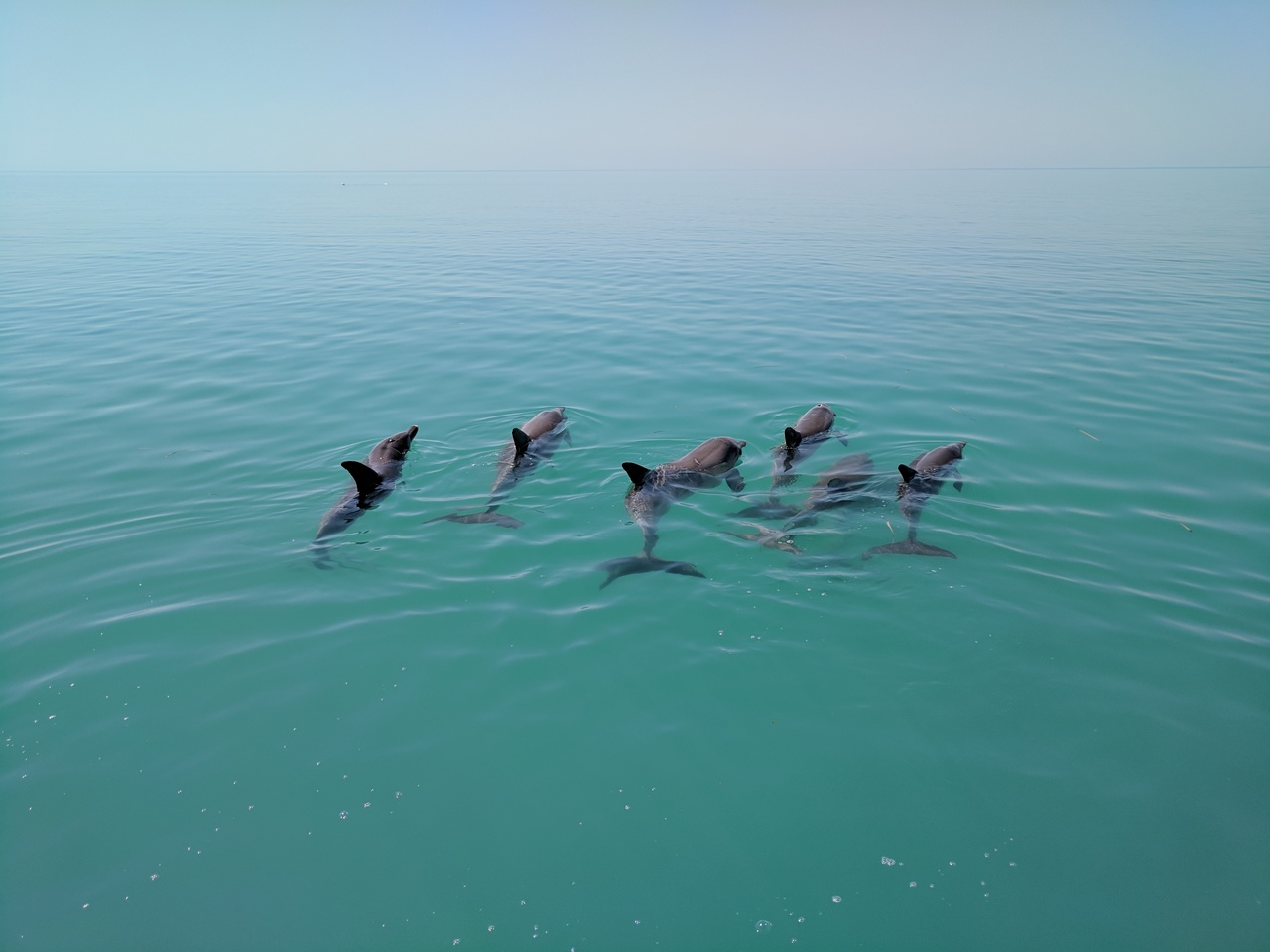 Behavioral traits (sometimes personality) are common across species, but there is little known about their persistence over a lifetime. We found that individual dolphins have social traits that last over decades and form a syndrome comparable to the human extroversion-introversion axis.