Ecological perturbations in the life of a microbiologist

Working on the paper "Repeatable ecological dynamics govern the response of experimental communities to antibiotic pulse perturbation" — Thoughts from a microbiology student approaching an ecological subject.

See here for the paper discussed below.

When starting this project as a master’s student, I imagined the R programming language would be the hardest language to learn during the project, but oh boy, was I wrong. As a microbiologist approaching a purely ecological subject, I quickly understood ecology had its own, historic language with no StackOverflow site to guide me. Even the way of approaching the familiar species and strains of bacteria was quite different to what I was used to. Whereas in microbiology bacteria are often treated as pure cultures or something to be detected from a sample, with specific and constant traits used to identify them, the ecological viewpoint connects them to larger networks of organisms that change based on ecological and evolutionary interactions. Studying the effect of streptomycin pulses in microbial communities sounded like a toe dip in the ecological field, but at times I felt I had bit off more than I could chew.

Setting up an experimental microbial community experiment requires extensive planning and time, and health insurance that covers musculoskeletal disorders. Even though the strains used in our experimental community were selected to be able to grow in the conditions used, some of our strains disagreed with this. I am looking at you, Psychrobacter proteolyticus. Trying to plan the experiments so that all the strains would be in a good growth state at the start of the experiment without having to spend all day and night in the laboratory proved to be quite tricky. The experiment was going to pace my life for the coming 50 days, so the timing had to be planned accordingly. Our initial study plan contained 384 microcosms at a time with 12 inoculation cycles, leading to over 4,500 samples, with 48 different treatment combinations. Good organisation is key and a multichannel pipette your best friend when not wanting to cross-contaminate, wanting to make sure each well on the deep well plate has the correct antibiotic concentration, and to make sure that there is enough sterile equipment and media even during weekends. All in all, human error, such as someone unplugging the sample freezer, seems to be a bigger risk factor in all experiments than any P. proteolyticus, or at least the actions of the latter can be reasonably well predetermined by its measured traits.

Trying to make sense of all the data gathered from the experiment combined with the trait information for each of the strains, I was faced with the dreaded language of ecology. Many ecological concepts and phenomena are explained with a sea of terms with hundreds of years of science behind them studying species from all taxonomic domains. And that sea of terms with its own food-web-like linkages between terms turned out to be my biggest personal hurdle when the search for the meaning of one term led me to another term that needed an explanation. As someone new to the field, I have been lucky to work with experienced and knowledgeable scientists, and we were able to turn my frustrations and endless pipetting into something great. 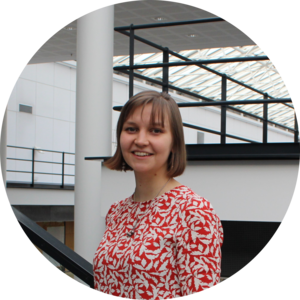