Economic use of plants is key to their naturalization success

Our global analysis of the naturalisation success of economic plants shows that economic use in general, as well as the number and nature of economic uses, are crucial to their establishment in the wild.

”It torments me very much that I do not know the many plants that may be valuable for the production of dyes, medicines and spices. I will bring home samples of most of them.” These are —freely translated—  the words Christopher Columbus wrote in his logbook in 1492 after he had set foot on one of the islands off the American coast. These words illustrate very well the interest humans have in economic uses of foreign plants. Indeed, many of the foods we eat or feed to our animals, the flowers that please our eyes, the timber we use to build our homes, and the pills we swallow to improve our health are of plant species that we have introduced into cultivation from foreign lands. Many of those were brought into our gardens by naturalists and explorers, who risked their lives to find exotic plants of potential economic value. The heydays of this so-called plant hunting were in the 18th and 19th centuries, but, even in the 20th century, countries such as Australia, New Zealand and the USA had governmental departments for the introduction of economic plants. So, since Columbus’ landing in the Americas, humans have intentionally introduced thousands of plants from their native regions into foreign lands.

Nowadays, we do not only find alien plants in our gardens but also in the wild. These naturalised plants have become persistent members of our floras. It is fascinating that species that evolved elsewhere can be so successful, and in some cases even outcompete the native species. To get a better grip on this phenomenon of alien plant invasions and its global extent, Wayne Dawson, Franz Essl, Holger Kreft, Jan Pergl, Petr Pyšek, Patrick Weigelt, Marten Winter and I formed in 2012 an international consortium to build the Global Naturalized Alien Flora (GloNAF) database. This has been an extremely pleasant and productive collaboration, also with important inputs of many botanists and invasion ecologists that provided data.

The GloNAF database is a compilation of hundreds of lists of naturalized plant species, and includes currently over 13,000 species for over 800 regions (countries, provinces etc.) around the world. One of the first analyses we did showed that the Northern Hemisphere continents are the major donors of naturalized plants, and that particularly Europe has donated almost four times more naturalized species than one would expect based on the size of its native flora. An articlce in The New York Times from 1879 provides the following explanation for this: ”In Europe, the weeds are oppressed and eaten by the local donkeys, and converted into coffee, soup, and other varieties of food by cunning and unscrupulous cooks. The pauper weed of Europe naturally dislikes this sort of thing and emigrates to America, where donkeys are few and where cooking is almost an unknown art. Here, under the influence of free institutions, the European weed flourishes and multiplies…”. This newspaper article is hillareous, but it makes the important and valid point that economic use is a driver of migration. After all, for a plant species, one of the most effective dispersal and survival strategies is to entice humans in growing it in their gardens, fields and plantations all around the globe. Jumping across the garden fence is then only a relatively small step towards naturalization.

To gain insights in the role of economic use in driving global naturalization patterns, we decided to combine our GloNAF database with the World Economic Plants database, hosted by the Genetic Resource Integration Network of the US Department of Agriculture. This database includes over 11,000 economic plant species, and differentiates between 12 main categories of economic use (e.g. human food, materials, medicines). Combining and analysing these databases had been on our agenda for a long time, but we needed someone to trigger its kick off. In September 2018, I visited Fudan University in Shanghai and met Xinyi Xu, a bright and motivated bachelor student, who was keen on doing an internship to learn more about data analysis and invasion biology. Xinyi joined my group in 2019, and together with a small team of other lab members started combining the datasets and running the first analyses. As the frist results looked promising, and the data could be used to address many interesting questions, we sharpened our objectives and effectively divided the tasks for the different analyses. Noëlie Maurel compiled additional data on the native origins, Qiang Yang constructed a phylogenetic tree of the extant global vascular flora, Zhijie Zhang and Trevor Fristoe helped me with the analyses, and soon we had all results needed. Then together with the GloNAF consortium, we wrote the manuscript.

We found that economic plants were more likely to naturalize than plants without known economic use. This was not a surprise, but it is the first time that this was shown at the global scale. As one of the reviewers pointed out sharply: “This observation is both profoundly unsurprising and important.”.  What, however, surprised us was how strong the effect of economic use was; it increased the likelihood of naturalization not just 2- or 3-fold but almost 18-fold! Our analyses furthermore revealed that especially species with multiple economic uses are more likely to naturalize, and that over 50% of the species used for environmental purposes (e.g. for landscaping and ornamentation) or as animal food have become naturalized somewhere in the world. We also found evidence that naturalized economic plants contribute more strongly to global biotic homogenization than naturalized non-economic plants, and that phylogenetic patterns in naturalization success are partly determined by phylogenetic biases in he plants that we cultivate for their economic uses.

One of the results that I think is most interesting and revealing, is that the Northern Hemisphere continents are disproportionally overrepresented as donors of economic plants. This suggests that the overrepresentation of Northern Hemisphere continents as donors of naturalized plants, as we found in a previous study, most likely reflects that plants from those continents are simply more likely to have been introduced elsewhere, and not that they have inherent superior invasion abilities. Indeed more detailed analyses showed that naturalization success of economic plants of European and North-American origins was not higher than expected based on randomization tests. However, economic plants of Asian origin were disproportionally overrepresented among the naturalized plants, indicating that many species from Asia may be innately superior invaders. In summary, our findings emphasize the importance of considering and understanding introduction biases when trying to unravel why some organisms have gone wild in foreign lands. 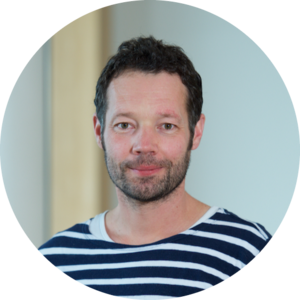 Professor of Ecology, University of Konstanz and Taizhou University