Modern crocodilians are a deceptively small family that have remained unchanged since the time of the dinosaurs. Why have they change so little in such a long time, and why are there so few species of them? Environmental change might have had something to do with it
Maximilian T. Stockdale
Teaching Associate, University of Bristol
Follow
Like Liked by Scott Williams and 1 other
1

Stockdale and Benton use a new phylogeny of living and extinct crocodilians and their closest relatives to model evolutionary rates and identify the relative influences of extrinsic and intrinsic drivers of evolution in this order. Their results show that environmental factors played a significant r…

There is a certain stereotype that comes to mind when you mention crocodiles. They’re described as ‘living fossils’; relicts from a past time, cold-blooded and slow-moving, outdated and perhaps even irrelevant. Superficially there would appear to be some support for this rather unflattering trope. It is certainly true that crocodiles as we would recognise them have been around for a very long time. The common ancestor of all modern crocodilians appeared in the Cretaceous period, when the age of the dinosaurs was at its height. Furthermore, crocodile-like reptiles very similar in appearance to living forms have existed for even longer. For example, Calsoyasuchus resembles a modern crocodile, but its remains have been found in rocks more than 190 million years old. The Crocodilians are also something of a diminutive family. There are 24 species alive today, or 25, depending on who you ask. That includes all the crocodiles, two alligators, a handful of caimans, and the bizarre, slender-snouted Gharial. However, in the millions of years since the first members of the crocodile lineage emerged, the birds and lizards have achieved a diversity of many thousands of species. This is such a very stark contrast in diversity, it makes the crocodilians seem at best something of an anachronism, or at worst an evolutionary failure.

These observations are rather disingenuous and belie what is an incredible evolutionary success story. The armoured, slender-snouted river dweller certainly is an enduring member of the crocodile lineage, but it is by no means the only form that has arisen. The crocodiles and their relatives form a diverse and enigmatic lineage, with many unfamiliar and unexpected variations known from the fossil record. These included fast runners, mammal-like burrowing and digging forms, ocean-going serpentine forms with paddle-like limbs, and even herbivores. The crocodiles have spanned a remarkable spectrum of body sizes, from tiny examples smaller than a cat, to giants as big as a dinosaur. Their tenure on the Earth has also witness cataclysmic changes, including at least 3 major extinction events and huge shifts in climate. Yet, the crocodiles have stoically outlasted all of these changes.

In Environmental drivers of body size evolution in Crocodile-line archosaurs, published this week in Communications Biology, we wanted to get to the bottom of this strange collection of observations. We used developments in evolutionary modelling to characterise the tempo of crocodile evolution, using body size as a proxy for morphological change. We were interested in body size because it interacts with many other factors of an organism’s existence, including the size of its appetite, the rate of its growth, the scale of its population and the speed of its metabolism. Our analysis concluded that body size evolution among the crocodiles follows a pattern described by a school of thought known as the Court Jester Hypothesis.

Perhaps disappointingly, the Court Jester Hypothesis has nothing whatever to do with purveyors of pre-renaissance wit. Instead, it stipulates that evolution remains in stasis until the environment changes, forcing organisms to adapt. Environmental changes might include atmospheric temperature, rainfall patterns, ice volume or sea level. This model of ‘punctuated equilibrium’ is a pattern that can be detected using evolutionary models. Its name is intended to be the antithesis of the older and better established Red Queen Hypothesis, a reference to the character from Lewis Carol’s Alice in Wonderland. Carol’s book describes a scene where the Red Queen tells Alice she must run as fast as she can to stay in the same place, and the Red Queen Hypothesis uses this as a metaphor for the tempo of evolution. Unlike the Court Jester Hypothesis, the Red Queen Hypothesis stipulates that organisms must evolve continuously in order to avoid extinction, driven by the ongoing interactions between individuals. This could be through sexual selection, where mate choice drives the evolution of specific traits; another example would be the arms races between predators and prey, or between hosts and their parasites.

To understand which of these hypotheses best represent crocodile evolution, we called upon a class of statistical methods known as comparative phylogenetics. By examining the similarities between different species, we can reconstruct the relationships between each species through time, and we can date these relationships by comparing the age of the rocks in which fossil remains are found. Evolutionary rate can then be calculated in just the same way as calculating the speed of a moving vehicle: it is the amount of change, in this case change in body size, per unit time. This method yields a measure of relative evolutionary rate for each species. The distribution of these rate values then yields more information.

The crocodiles and their relatives show a pattern of evolutionary rates that is characteristic of the Court Jester hypothesis, and of punctuated equilibrium. Most crocodile species show a very low evolutionary rate, most especially primitive species of crocodile that lived soon after their first appearance. However, occasionally some species break this monotony and evolve much more rapidly, but this increase is not sustained for long. This is characteristic of how environment can drive evolution, with long periods of relative stasis and inactivity, interrupted with moments of change. The crocodile’s evolutionary strategy seems to be a very simple one: if it ain’t broke, don’t fix it. However, an outstanding question remains: what was the environmental change that interrupted their periods of quiescence?

Temperature has long been talked about as a constraint among crocodiles. Modern examples are limited to the tropics, and their fossil relatives also seem to be associated with warm environments. We analysed both our body size data and our evolutionary rate calculations for a correlation with temperature data from the fossil record, and there does seem to be a relationship. Crocodile species tend to be bigger, and they evolve more quickly, when the climate is warmer. This makes sense, since modern crocodiles are not able to control their body temperature, and they use temperature to determine the sex of their offspring. However, the correlation is not very strong, and there is plenty of scope for other environmental factors to have had a role. So, temperature is important, but it’s certainly not the whole story.

The next step for this study will be to find out what other environmental factors might have been involved in driving crocodile evolution; rainfall and sea level seem like promising candidates, since so many modern species live in shallow water. Another line of enquiry will be to find out if other elements of the crocodile form are influenced by temperature in the same way as body size, for example the shape of their skulls. Looking further ahead, we would be interested in applying these methods to other animal groups, to see how universal the Court Jester hypothesis is. Looking further ahead, we’d like to try and uncover any factors which dictate whether evolution is driven by the environment or not – perhaps metabolic rates or reproductive strategies might have something to do with it. What has become very clear is that the evolution of life and the inorganic forces of the environment are intimately linked with one another. This is a sobering thought in the context of contemporary environmental damage.

marc verhaegen
about 2 years ago 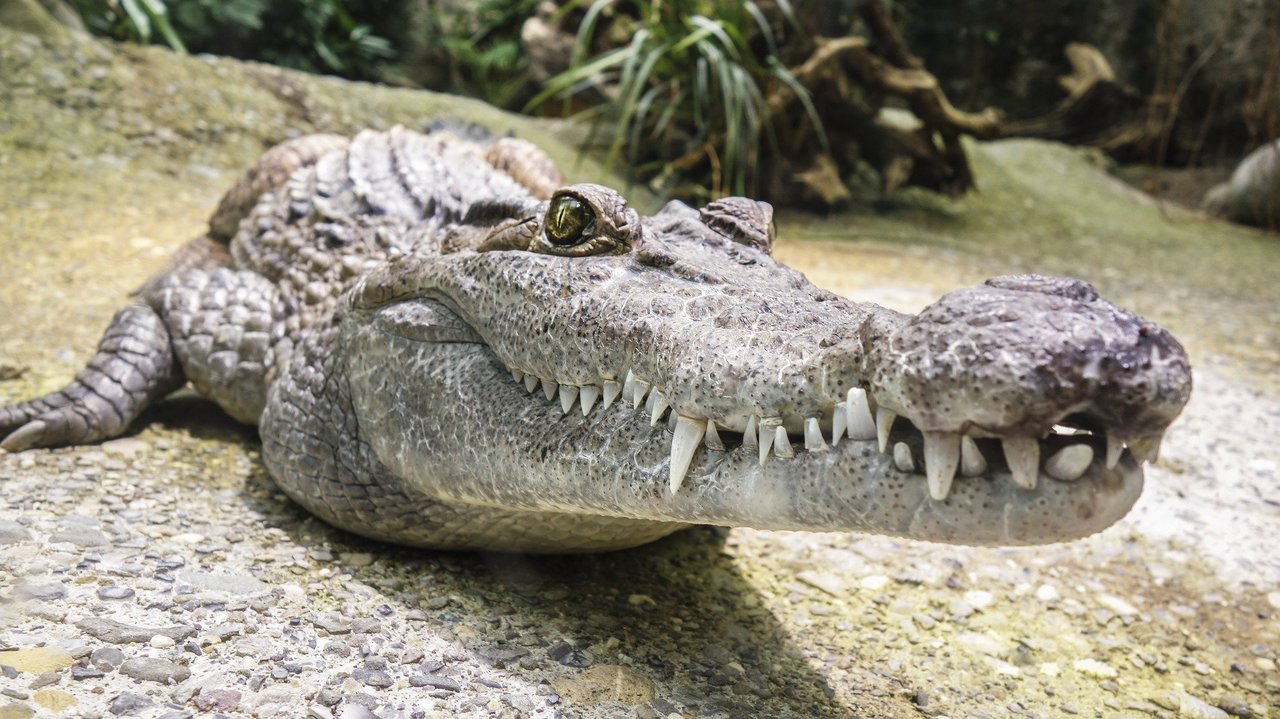 Modern crocodilians are a deceptively small family that have remained unchanged since the time of the dinosaurs. Why have they change so little in such a long time, and why are there so few species of them? Environmental change might have had something to do with it