Hibneration-like torpor in a 250 million year old mammalian predecessor may have served as a key adaptation in occupying polar environments and surviving the largest mass extinction the earth has experienced to date.
Megan Whitney
Postdoctoral Researcher, Museum of Comparative Zoology
Follow
Like Liked by Fabio Berzaghi and 1 other

Whitney and Sidor examine the growth marks on Lystrosaurus tusks from the Early Triassic, and demonstrate evidence of torpor in polar specimens. These preliminary findings give insight into physiological adaptations that could have aided in survival and recovery from the Permo-Triassic mass extincti…

Antarctica is famous for its snow- and ice-covered landscape that makes it one of the most extreme environments on earth today. Below the snow and ice, however, are rocks that preserve fossil plants and animals that document a much more habitable environment with bodies of running water and forests. One of these environments include an important assemblage from the Early Triassic (~250 million years ago). Although these plants and animals lived in an ecosystem much warmer than what is found there today, Antarctica has remained at a high, polar latitude throughout the history of life on the continent subjecting its inhabitants to strong sunlight seasonality.

As a PhD student at the University of Washington, I studied how animals, specifically a mammalian predecessor called Lystrosaurus, adapted to this unique environment and how those adaptations can tell us something about their biology as well as the role polar regions play during recovery from mass extinctions as was the case during the Early Triassic. Using the tree-ring like structure preserved in the tusks of these charismatic beasts (and by charismatic I mean short stubby bodies, a beak like a turtle, and no teeth except for a pair of tusks; see illustration below!), I was able to study times of normal growth and times of stressed growth and compare our polar Antarctic sample to a non-polar sample of Lystrosaurus tusks from South Africa.

An important part of this project was a field season during the austral summer of 2017-2018 in the Transantarctic Mountains. We spent nearly two months in Antarctica, most of which were camped out at the confluence of the Shackleton and McGregor Glaciers, commuting in helicopters (a.k.a. Helicopter-Ubers) each day to our field sites in the surrounding mountains. Our team consisted of vertebrate paleontologists and geologists and we worked closely with an amazing group of camp staff, pilots and other science teams we shared a camp with.

Upon our return from the ice, I began making thin sections of Lystrosaurus tusks and measuring the growth marks preserved in those tusks. In comparison to our non-polar sample, we found evidence of stress that appears most similar to hibernation patterns in some modern-day animals. These findings have some interesting implications in understanding the biology and ecology of Lystrosaurus and the evolution of warm-bloodedness, but my hope is this is just the first study of its kind. The Triassic assemblage of Antarctic fossils contains early reptiles, other mammalian predecessors, and amphibians. Presumably these other animals would have also adapted to the extreme sunlight seasonality and likely did so in different ways. Continued study of the physiological adaptations of this assemblage can help us understand the ways in which Antarctica, and high latitudes in general, have served as havens from the global warming events associated with one of the deadliest mass extinctions the earth has seen to date. 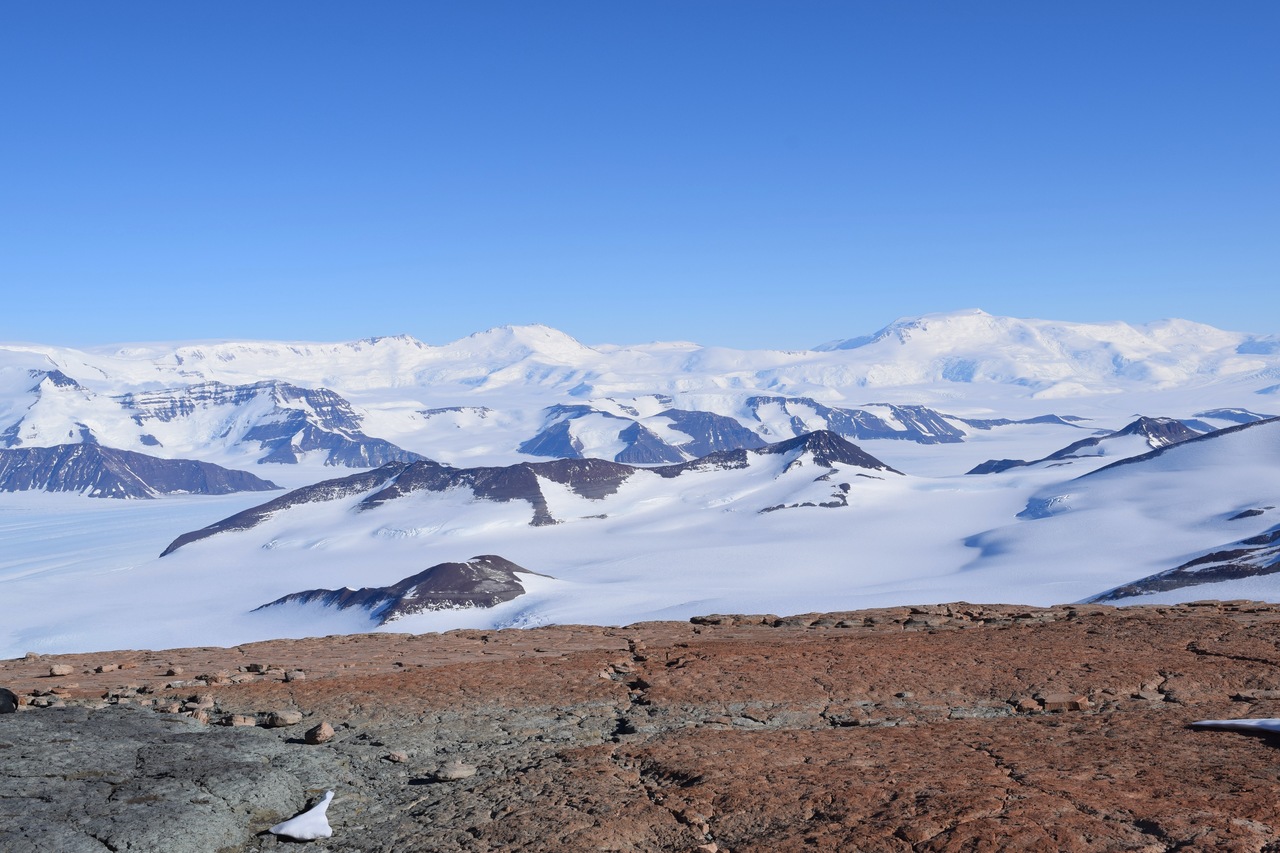 Hibneration-like torpor in a 250 million year old mammalian predecessor may have served as a key adaptation in occupying polar environments and surviving the largest mass extinction the earth has experienced to date.