Evolution has made plants predictable

We argue that our understanding and ability to model vegetation dynamics can be improved by better representing the fundamental principles that govern vegetation dynamics – in particular how evolution has shaped plants and constrained their behavior.

When Colin came to me with the idea of a multi-disciplinary workshop on the next-generation vegetation models I was quite surprised to learn that IIASA, my working place since 15 years, was actually the place where DGVMs (Dynamic Global Vegetation Models) originated. Almost 30 years ago, Colin, Wolfgang, Sandy and their colleagues took the first steps towards developing a type of models that has become an essential tool in global change science. Despite the success of these models however, the DGVM pioneers were now seeing fundamental limitations of the current DGVMs. Models were getting ever bigger and more complex, but their predictions were not getting more accurate. At the same time, important progress in plant science and ecology had not found its way into the models. In particular, one powerful principle was not used enough – natural selection. By filtering out unsuccessful strategies, natural selection has made plant traits and behaviors predictable as those that maximize fitness.

To make better use of this optimality principle and to find other particularly useful principles, we organized a workshop for ecologists and model developers to get together and discuss how to move vegetation modeling forward. To make it even more interesting, mathematicians, theoretical ecologists, and a land use economist were also added to the mix, resulting in an unusual group of 34 people with rather diverging ideas and personalities but a common goal -to find ways forward towards a next generation vegetation models.

As expected, discussions were intense and a common goal was not always obvious. Disagreement often emerges between theoretical modelers, who strive for simplicity and generality versus empirical ecologists and some “brute force” modelers, who focus on species differences and maximal realism in models. For example, the optimality-principle that plants adjust allocation of growth to leaves, stem and roots in a way that maximizes fitness can be seen as “unrealistic” because environmental conditions are too unpredictable and variable for plants to always be optimal. What is not recognized is that the optimality-principle is an approximation, and it is a much better approximation than to assume fixed allocation fractions or empirically determined allometric functions, as done in traditional vegetation models.  Another debate concerned the value of trying to make a “perfect” model, or if one should rather go for many alternative models to statistically squeeze out the maximum from available knowledge and data, as proposed by our hardcore Bayesian statistician. However, most of us eventually agreed on the value of the organizing principles to make vegetation predictable   – they can make models both simpler and better. That is, the principles of natural selection, self-organization, and entropy maximization constrain the possible behavior of plants and vegetation, which reduces the number of uncertain inputs and parameters needed in models, and therefore improves the accuracy of the predictions.

While ecologists and vegetation scientists usually are quite excited about understanding the principles of vegetation dynamics, some applied land modelers argue that with the growing access to big data from remote sensing and trait databases we can use machine learning to make predictions directly from data without bothering about underlying mechanisms or principles. However, such purely statistical approaches cannot safely be extrapolated to novel conditions for which they haven’t been trained, such as for future climate. In contrast, with mechanistic modeling it is possible to make sense of the big data and use it to delineate universal principles and mechanisms, which makes the models applicable under future climate. 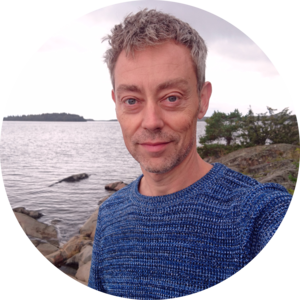