Evolution of corals and sea anemones across deep time

In the 1960s, there was a popular television show about seven castaways shipwrecked on an island, known as Gilligan’s Island. The opening sequence to the theme of Gilligan’s Island is of Coconut Island, in Kaneohe Bay, Hawaii, where today the Hawaii Institute of Marine Biology (HIMB) sits. In the summer of 2013, I was stranded, so to speak, on Coconut Island with other students and coral evolutionary biologists from around the world, and this is where our anthozoan phylogenomic project began.

The following year, our team was put together under the insightful leadership of Catherine McFadden (Harvey Mudd College, HMC). Cathy, an expert on octocorals, and Estefanía Rodríguez (American Museum of Natural History), an expert on sea anemones, made the perfect pair of anthozoan specialists. Together, they wrote a successful proposal to the U.S. National Science Foundation; I was the listed postdoc. With an international team of experts, we constructed the first robust, fossil-calibrated phylogeny of corals and sea anemones (class Anthozoa) and showed that anthozoans with particular skeletal attributes diversified in response to paleoclimate ocean conditions and mass extinctions since the Precambrian [1].

To construct the phylogeny, we used targeted enrichment of UCEs and exons. This genomic approach was relatively new when our project started, but it was successfully being used to construct evolutionary relationships in a range of taxa, including birds, fishes, and mammals [2-4]. Since this approach had not been used in corals, we had to start from scratch. Thus, we spent the first six months assembling a genome of a sea pen (later finalized by a high school intern [5]). Then with the help of Brant Faircloth (Louisiana State University) and his PHYLUCE software [6], I designed a novel bait set to target enrich both UCEs and exons in anthozoans [7].

We conducted the majority of the lab work at HMC, where we target enriched 1,729 loci in 234 anthozoans. Because HMC is a primarily undergraduate institution, we also trained numerous undergraduates in molecular lab work and bioinformatics. We are now sharing the culmination of these efforts with others in Nature Ecology and Evolution [1]. This paper is the first of several to come aimed at resolving the anthozoan tree of life, with the goal of better understanding how this diverse group of organisms has been so successful for so long at colonizing a variety of environments— from shallow tropical waters to the deep abyss.

As I reflect back on that summer on Coconut Island, it seems unreal that I was struggling so much to work in the command line and write code. It is commonplace now; a skill that I use every day. But before grad school, I had never written a single line of code in my life. Coconut Island provided me a supportive space, and perhaps one of solitude, to focus on bioinformatics. Being stranded on a beautiful island not only put this project in motion, it shaped my career in a way I could have never predicted. And that experience, followed by the creativity and diligence of a superb team of scientists, led us to produce this awesome study on the evolution of corals and sea anemones across deep time. 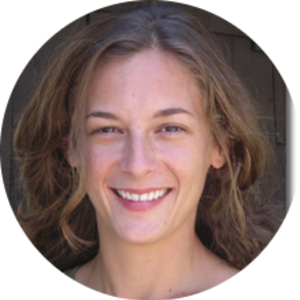