Expanding deserts drove mammals and hominids out of Eurasia into Africa

The emergence of deserts in Arabia had a decisive impact on the evolution and migratory movements of mammals including our human ancestors. This is one of our conclusions after studying a 10-million-year climate history of Arabia, respectively Mesopotamia. 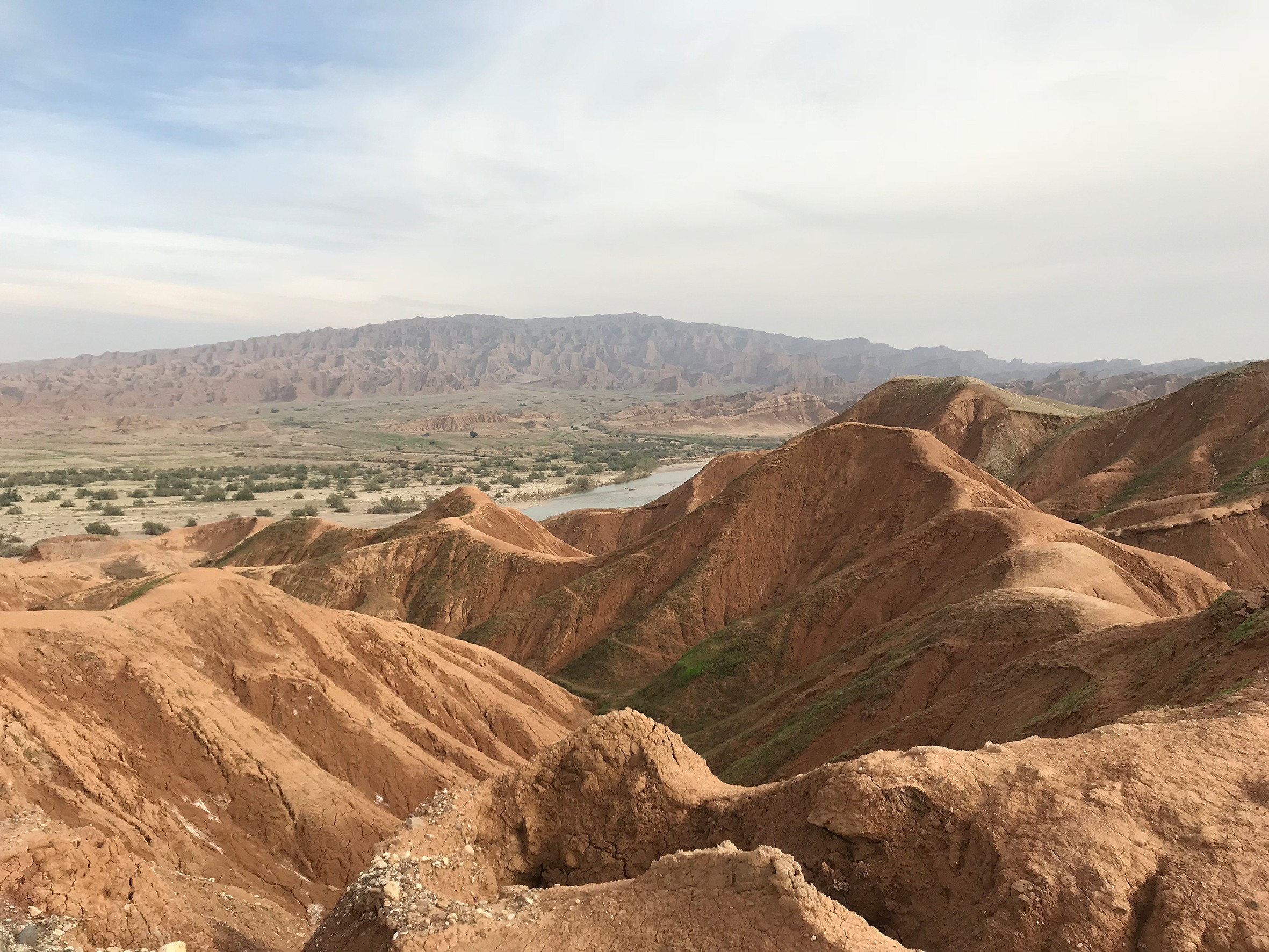 Figure 1: The bizarre landscape in easternmost Mesopotamia at the Zagros foreland near Changuleh (Iran) is composed by continental sediments of the Agha Jari (or Injana) Formation.

Northern Arabia is the gateway to Africa. Today, it is home to desert areas, such as the Syrian Desert, the Israeli Negev Desert or the Saudi Nefud Desert, as well as wetter steppes and semi-deserts in Mesopotamia (Figs. 1 and 2). By examining rock layers from the 2.6 km thick section of the Zarrinabad and Changuleh synclines at the foot of the Zagros Mountains near the Iran-Iraq border, we found four short-lived phases of initial desertification in Mesopotamia. These lasted only a few tens of thousands of years, 8.75, 7.78, 7.5 and 6.25 million years ago, each interrupted by humid climatic periods. But 5.6 million years ago, coinciding with the desiccation of the Mediterranean Sea, a 2.3 million-year hyperarid climatic phase began in Arabia (Fig. 3), which we christened NADX (Neogene Arabian Desert climaX). This exceptionally long-lasting period of desert climate was ended only by global warming 3.3 million years ago. These results initially surprised us because, contrary to our initial hypothesis, the data show a phase-shifted relationship between desert formations in Arabia and in the Sahara. Originally, we assumed that both desert regions should behave in the same way.  In contrast, the subtropical Sahara Desert appears to be causally linked to polar ice formations, but the mid-latitudinal Arabian-Mesopotamian desert formed in concert with low water levels in the Caspian Sea. The emergence and disappearance of deserts in the north of Africa and in the west of Asia resembles a kind of swing, a desert swing as we would call it, characterized by a back-and-forth development of desert conditions alternatively in the Sahara and Western Asia.

This swing mechanism is in our opinion a key to understanding the faunal relationships between Eurasia and Africa, because the reciprocal desert evolution in the Sahara and Mesopotamia creates a kind of push effect for mammals from mid-latitudinal West Asia into subtropical Africa. As deserts expand in Mesopotamia, organisms shift their habitat away from the arid core southwards into Africa, but also westwards and eastwards into Europe and South Asia. It has been known for some time that the evolution of today's African savanna fauna took place in relative seclusion over the last five million years, and that the ancestors of many characteristic animals, e.g. rhinos, giraffes, hyenas and big cats, originated in Eurasia. But the causes and driver of this evolution were previously unclear.

We have now for the first time studied in detail the relationships of African and Eurasian mammals and found that the majority of immigrants from Europe or Asia colonized Africa in two spurts just over seven (7.2) and six million years ago, however, no African mammal reached Eurasia during this time, or at least there is no sure dispersal from Africa via Arabia. Both waves of dispersal out-of-Eurasia followed a short desert phase in Arabia. This led us to suspect desertification as the driving force of this unidirectional into-Africa dispersals.

What about Great Apes? Prior to 7 Ma, hominoids in Africa are primitive forms with no direct phylogenetic relation to individual extant hominid clades (pongines or orangutans and hominines or African apes. In contrast, hominids from Eurasia between 12.5 and 7.2 Ma include stem members of both pongines in Asia and hominines in Europe. The earliest African hominines are the probable hominins Orrorin and Sahelanthropus. Orrorin is dated to 6 Ma while Sahelanthropus is probably closer to 7 Ma. This is consistent with the earlier dispersal event hypothesized by us at about 7.2 Ma. Hominines likely enter Africa at this time. Candidates for the ancestors of African hominines include the thinly enameled dryopithecins, known primarily from western and central Europe, and the thickly enameled Graecopithecus-Ouranopithecus group from the southern Balkans and Turkey. The subsequent evolution of extant hominids is largely endemic in their respective Asian and African clades, with no dispersals between Africa and Eurasia after about 6 Ma, until humans leave Africa before 2 Ma. 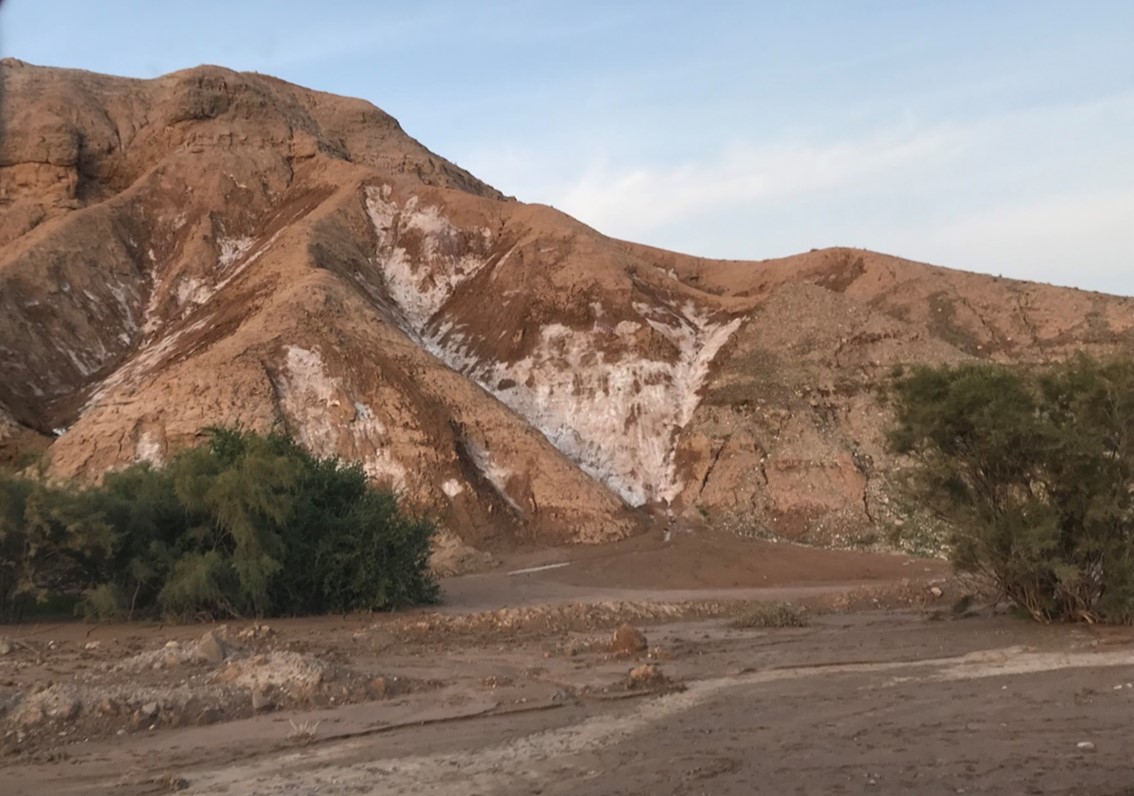 Figure 3. Aeolian dust of the Lahbari Member is rich in soluble salts, especially chloride and nitrate. The salt is invisible in the field, except shortly after rain events when southern slopes of outcrops show snow-like coverage of evaporites. These salt-rich aeolian silts represent a long-lasting hyperarid interval in Mesopotamia (NADX, Neogene Arabian Desert climaX), dated to between 5.6 and 3.3 Ma.

In a recent review article in Science Almecija and colleagues repeat the long-held view that tectonics in East Africa caused progressive desiccation in East Africa over 10 Ma, resulting in selection for bipedalism and the ability to travel on the ground between increasingly fragmented woodland patches. Their model of the causes, timing and geography of woodland fragmentation is at odds with our conclusions of a much more complex pattern of fluctuating climate caused not by localized tectonic activity but by a complicated combination of factors. Hominin bipedal origins may instead have resulted from a shift to more terrestrial activities by apes in Europe that had already adopted more orthograde (Rudapithecus) and or bipedal (Danuvius) postures in the trees. The episodes of desiccation between 8.75 and 6.25 Ma may have led the Balkan late Miocene apes Ouranopithecus and Graecopithecus to spend more time foraging and traveling on the ground. It may be that the hominin ancestor that dispersed into Africa from the Mediterranean region was already a terrestrial biped.

During the mega-desert phase NADX, however, the African continent was shielded from exchange with Eurasia for 2.3 million years. The African savanna fauna evolved during this period and our human ancestors, the australopithecines, diversified. African apes, which are bound to more humid forested conditions, survive but do not thrive as they had in the late Miocene of Europe. Humid climatic conditions during a global warm period that began 3.3 Ma ended the isolation of Africa and allowed a two-way faunal exchange between Africa and Eurasia. The first dogs, pigs and sheep appeared in Africa, and the precursors of mammoths and Asian elephants dispersed into Eurasia.

We are convinced that with these data and the new dispersal model, climatological explanations for two central phenomena emerge for the first time: the 'Out-Of-Europe' hypothesis for the evolution of African apes and humans, and the endemic evolution of African savanna faunas, including australopithecines, the latter caused by the 2.3 million-year NADX desert phase in northern Arabia.