Human-made noise is drastically altering the acoustic environment, which can negatively affect animal abundance, shape biological communities, and reduce reproductive success. Yet, we do not know what mechanisms drive these patterns today nor do we understand how the selective pressures of the evolutionary past might inform our understanding of contemporary human-created noise.

A few years ago my PhD advisor, Dr. Jesse Barber, and his collaborator, Dr. Clinton Francis, came up with the idea to experimentally broadcast whitewater river noise across a landscape to see how wildlife respond to this ancient source of noise. In a natural experiment (i.e. using a naturally-existing gradient of stream noise) there are many stream variables that are confounded with noise exposure, such as flow, slope, and humidity. The experimental approach that we took, however, allowed us to tease apart the effects of noise from other habitat variables.

Yet the advantages of experimental ecology do not stop there. By spectrally shifting river noise upwards in frequency at some of our experimental sites, we were also able to answer questions about mechanism of noise disturbance. The prevailing hypothesis for why many animals avoid noise is called masking. Masking occurs when noise overlaps in frequency (i.e. perceived as pitch) with a biological signal or cue. By broadcasting noise of different frequencies, we hoped to assess the role that masking of important signals or cues, such as birdsong, plays in the avoidance of noisy places.

To do this work, we first had to find someone who was willing to let us fill the acoustic environment with consistent, high-intensity whitewater river noise, across multiple summer seasons. Jesse spent almost an entire year making the pitch to research stations and experimental forests across the Western US and exploring public lands by foot (and with teams of llamas!) until he met Brian and Kathleen Bean of Lava Lake Ranch. The Bean’s property stretches from the Craters of the Moon National Monument to the top of the Pioneer Mountains in Central Idaho – a landscape on which they make a living raising sheep, a wilderness they love, and habitat they aim to understand and conserve via the Lava Lake Institute for Science and Conservation.

Once we selected our field sites on the ranch, we then faced the challenge of getting our nearly 4 tons (~3500 kg) of gear out to these rugged, near-roadless places. For most sites, in both years, we hiked all of our gear into the sites on our backs, and then hiked it out again at the end of the summer, before cold blizzards and avalanches could destroy our solar panels and suck our deep-cycle batteries dry. A notable exception came during the first year of the study when the county access road to some of our sites was completely washed away by massive flooding from an intense snowpack the previous winter. Without this road, the distances we needed to hike this heavy equipment more than doubled. So we hired Robert and Carla Hennefer (of Little Wood River Outfitters) and a string of mules to help us get our gear to our sites.

The work did not stop there though; we were tasked with the challenge of continuously monitoring the wildlife and their behavior at our sites. Each day this meant point-counting birds and replacing batteries on bat detectors and soundscape recorders. This amounted to 2,969 individual 3-minute counts or 150 hours of avian point counting, more than 100,000 bat sequences, and over 106,000 hours of recordings of the acoustic environment.

We then integrated all of this information into statistical models (i.e. generalized linear mixed-effects models) that helped us explain patterns driven by noise, while controlling for other habitat variables. We found that birds and bats both avoided loud places (or more accurately places with high sound levels). Birds in our study area avoided noise that overlaps in frequency with their song – so their communication was masked by noise. Interestingly this pattern dissipated at high sound levels, meaning that birds were avoiding the noise for other reasons when the noise was really intense. Bats avoided areas with higher frequency noise, but since bats have much higher echolocation frequencies (relative to river noise), we were not able to explicitly test masking of vocalizations.

Communication, however, is not the only thing that might be disrupted by noise. Foraging is a task that is necessary to survival for all animals. During this study we glued more than 700 clay caterpillars to willow branches to measure changes in bird foraging, and we found that these caterpillars were much less often attacked when the acoustic environment was loud – even though the foraging task was entirely visual!

For bats, we built foraging tests that helped us assess ‘strategy switching’ during hunting. Some bats are able to hunt with either of two hunting strategies; these strategies are called passive listening and active listening. Passive listening is when the animal finds its prey simply by locating sounds coming from the prey. These bats listen to the footsteps and songs of insects like beetles or crickets. Since these sounds are lower frequency, we would expect them to be masked by river noise. Active listening, on the other hand, is echolocation. That is, bats produce extremely high frequency sonar calls that allow them to detect flying insects as the sound of their call echoes off their prey. This high frequency sonar should not be masked by river noise. So we might expect bats to switch between these two foraging strategies in the presence of noise – and that is exactly what we found!

Our research highlights that the acoustic environment is important in determining where animals live and how they behave. It seems that the sum of all the sounds in any given place, form an important axis in determining where species can persist. On top of adding another dimension to niche theory, our work argues that noise is a disrupting force that many animals have not been able to circumvent despite eons of selection. This selection might have been too diffuse for many as naturally loud environments (crashing surf, windswept ridges, raging rivers) are substantially rarer than the anthropogenic soundscapes that now nearly dominant the entire planet. The evolutionary lens of our work only stands to amplify the call for human-caused noise management. 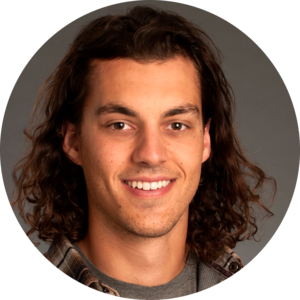