Exploring the role of soil microorganisms in plant invasion

Seven years ago, when I walked into a supermarket in Germany for the first time, I was stunned by the wide diversity of sausages. While enjoying the sausages, my Ph.D research contained less ‘diversity’, aiming to test whether success of alien plants was associated with nutrient availability and variability. However, when alien species arrive into new regions, they face many other species. I also wanted to understand more of the plant invasion process, and their associated mechanisms. So, when Zhijie first mentioned the idea of testing competition between alien and native plants in multispecies communities, I was into it. After several rounds of discussion with our Ph.D supervisor, Prof. Mark van Kleunen, we decided to test how a third species, either alien or native, affects the competitive outcomes between alien and native plants. We demonstrated that alien species can favor each other, and thus replace natives, which supports the ‘invasional meltdown hypothesis’.

Competition occurs in different ways. The most studied is resource competition, which occurs through shared resource. Competition that occurs through other trophic levels, for instance soil microbes, is less studied. And we wanted to look into this ‘black box’! However, none of us have experience in soil-microbe analyses. So, we invited Caroline, a microbial ecologist, for collaboration. It turns out to be an excellent decision! With Caroline’s help, we revealed that the ‘invasional meltdown’ was mediated by soil microbes, especially those pathogenic fungal endophytes.

This was a large multispecies experiment, including 1680 pots in the first phase (soil-conditioning phase), and 1521 pots in the second phase (test phase). As all soil used in second phase were from the first phase, we need to harvest all plants, collect and sieve the soil through a 5 mm mesh after the first phase. To avoid cross contamination, we also sterilized the mesh between pots using 70% ethanol. In addition, we randomized all pots several times across different greenhouses during the experiment. There was tons of technical and manual work, and many gardeners and student helpers participated for several weeks. It cannot be done without supports from them.

As the design is complex and we prepared more materials than needed, such as soil and plant seedlings, another interesting idea relating to the role of soil microbes on plant invasion emerged during the experiment. We tested whether soil-microbes drive the negative relationship between diversity and invisibility of native community. The interesting finding is also published in Ecology now (https://doi.org/10.1002/ecy.3187).

All of us are happy with the productive collaboration, and we believe that more interesting findings will be out from collaborations in future.

Tropical and Mediterranean Biodiversity at Highest Risk from Human Activities

All Species are not equal: Individual species provide multifaceted contributions to the stability of ecosystems 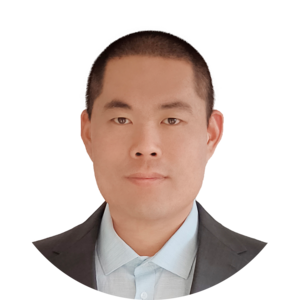