In contrast to bird plumage, little is known about the evolution of bird skin color. However, we found that black skin has evolved over 100 times in birds and is associated with baldness and/or white feathers as well as with high irradiation habitats, suggesting a role in UV protection
Michaël Nicolaï
PhD, UGent
Follow
Like Liked by John A. Andrade Oliveira
0

In contrast to bird plumage, little is known about the evolution of bird skin color. Here, Nicolaï et al. find that black skin has evolved over 100 times in birds and is associated with baldness and/or white feathers as well as with high irradiation habitats, suggesting a role in UV protection.

Like many interesting studies, our study on bird skin colour was initiated by serendipity. In our group we work on the evolution and optic properties of colours. Bird feathers in particular are our favourite subject. Indeed, bird plumage has fascinated scientists for centuries, and exciting discoveries about theses technicolour epidermal features continue to amaze. One such plumage includes that of an adult northern gannet (Morus bassanus) that ultimately found its way onto the dissecting table of Liliana. While impressed by its black feet, she noticed that the black skin extended to all parts of the body , something mostly unknown in birds. Neither Liliana nor Matt, my supervisors, had seen this before, and this first observation raised the question whether this was something more evolutionary common, not limited to this one species,  and if it served a particular function?

As part of a student project, Ruben started examining bird skins from museum collections in Belgium in order to check whether black skin was more prevalent than previously known. By the end of his project he had sampled approximately 200 species of non-Passeriforms. His initial results showed that black skin was more prevalent than previously known. Around this time I started my PhD and given the promising results of this pilot study, Matt asked me to continue this research and investigate the potential function of the black skin.

Black skin in vertebrates is produced by the deposition of melanin, and serves a range of adaptive functions. Based on the most common ones, we hypothesized that the function of black skin would be either (i) thermoregulatory, which would imply more black skin in cold climates, (ii) antimicrobial, which would be most useful in colonial birds with high interaction rates and higher pathogen transmission rates, living in hot and moist environments that serve as incubators, or iii) photoprotective, which would cause a higher occurrence in UV-rich environments and less protection by plumage when present.

Having spent endless hours during my childhood at the Royal Belgian Institute of Natural Sciences, better known as the “Dinosaur museum” , the prospect of spending weeks working (mostly) on my own in dimly lit musea (including the dinosaur museum), looking at old, dead birds, was a dream come true. In total it would take over 5 months, with help from Ruben and Sara, to look at over 2200 bird species from all bird families. Some of the specimens were almost 200 years old, others were from already extinct species. Some I recognized from birding in my own backyard, others I recognized from my “Birds of New Zealand” book. Unique as they were, all of them seemed to tell a story. Some stories were of historic importance, including birds collected on the Belgian Antarctic Expedition that included Frederick Cook and Roald Amundsen (who would later be the first to reach the North and South Pole, respectively) and that was the first to spend the winter in Antarctica. Other specimens belonged to the collection of Belgian noble families, including that of the notorious king Leopold II; and others were collected by famous people such as Alfred Russel Wallace, a natural history heavy weight. However, to me the most interesting stories these specimens were telling were their evolutionary stories, and those related to their skin in particular.

While these musea are real treasure chests of information, I also came to realize that another source, much alive, was out there that is often neglected when tackling large, evolutionary questions. While talking to non-scientist bird ringers all over Massachusetts I found out that some of them were not really surprised by my discovery of dark skin. They had seen it before! They told me that blue jays and red cardinals sometimes have a dark skin. This was strange – in my database they were not dark at all! An additional visit to the museum confirmed my observation. However, online I found indeed citizen science photos of blue jays and red cardinals with a dark skin, but only when they had lost all of their head feathers during molt. Around the same time that we started realizing that dark skin might be seasonally, I got a message from a friend saying that she found two dead dove chicks in her yard. These too had a dark skin, while it was absent in adult specimens, a pattern that appeared to be more widespread.

When we synthesized all this information, we found that dark skin evolved over 100 times, in birds as distantly related as Gannets and Birds of Paradise. Yet it was present in only 5 % of the genera! Black skin occurred more in birds living in UV-rich environments, particularly bald birds and birds with a melanin-poor, white plumage. Furthermore, we found indications that skin colour changes through time, being darker in life stages where plumage is scare. As such, we proposed that UV protection is the most plausible explanation for dark skin in birds.

However, not all birds fit this pattern and other functions, tested and untested, are quite possible. Indeed, I look forward to future experimental or empirical studies! Additionally, knowing that people have been looking at museum-specimens for centuries without looking at the skin, I can’t help but wonder what other treasures remain to be found, hidden in those drawers! 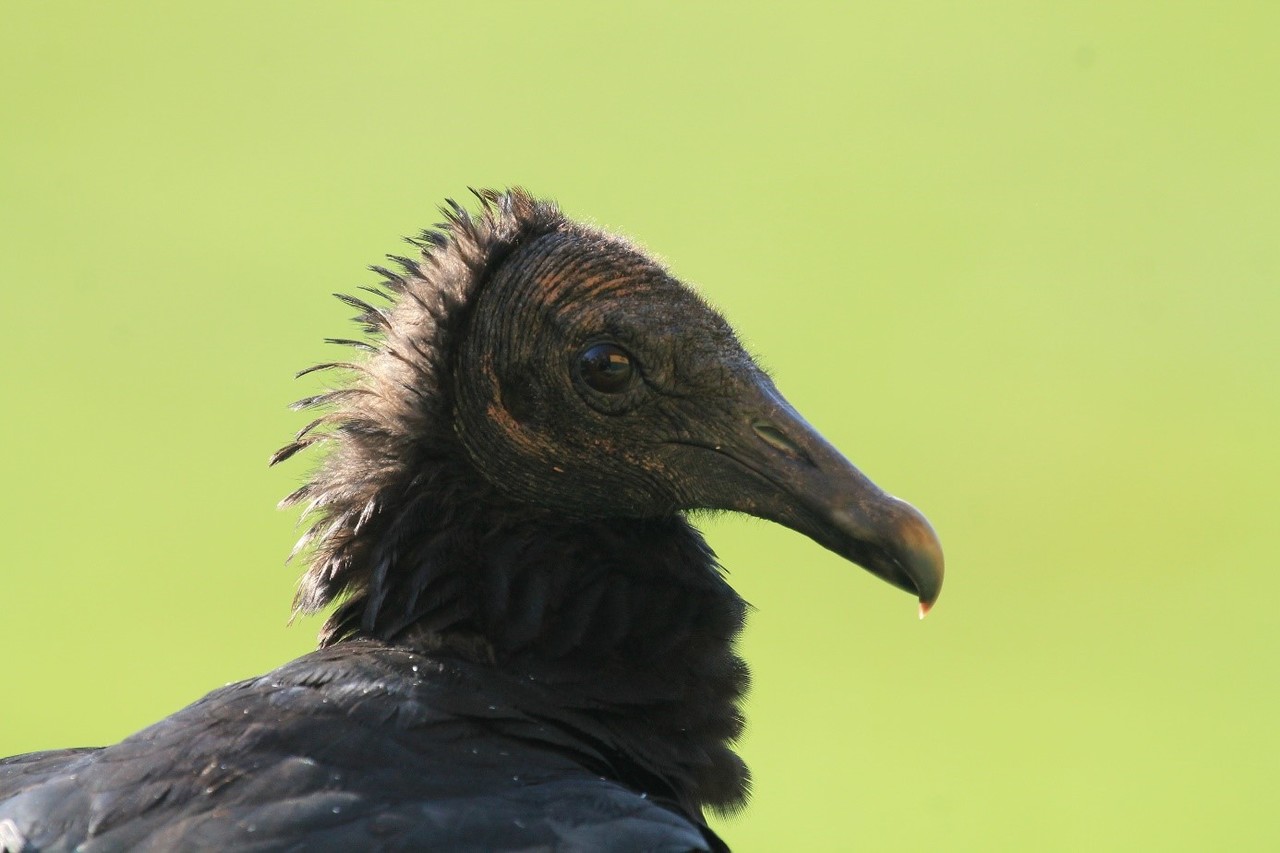 In contrast to bird plumage, little is known about the evolution of bird skin color. However, we found that black skin has evolved over 100 times in birds and is associated with baldness and/or white feathers as well as with high irradiation habitats, suggesting a role in UV protection