Landraces conserved in situ had the same genetic makeup as samples collected 50 years before – but in situ conservation allowed evolutionary processes that differentiated the landraces at specific locations on the genome. 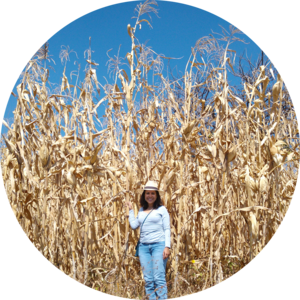 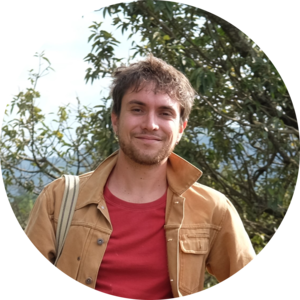 In 2015, Denise Costich -then head of the maize collection at the International Maize and Wheat Improvement Center (CIMMYT) Germplasm Bank- found a peculiar registry from fifty years before recording a collection campaign of maize landraces from the state of Morelos, México. In 1967, Ángel Kato -a young researcher at CIMMYT at the time- collected almost one hundred landrace samples, taking care to include the full name of the farmer who donated the sample, the number of collected ears and a picture of the representative ears. 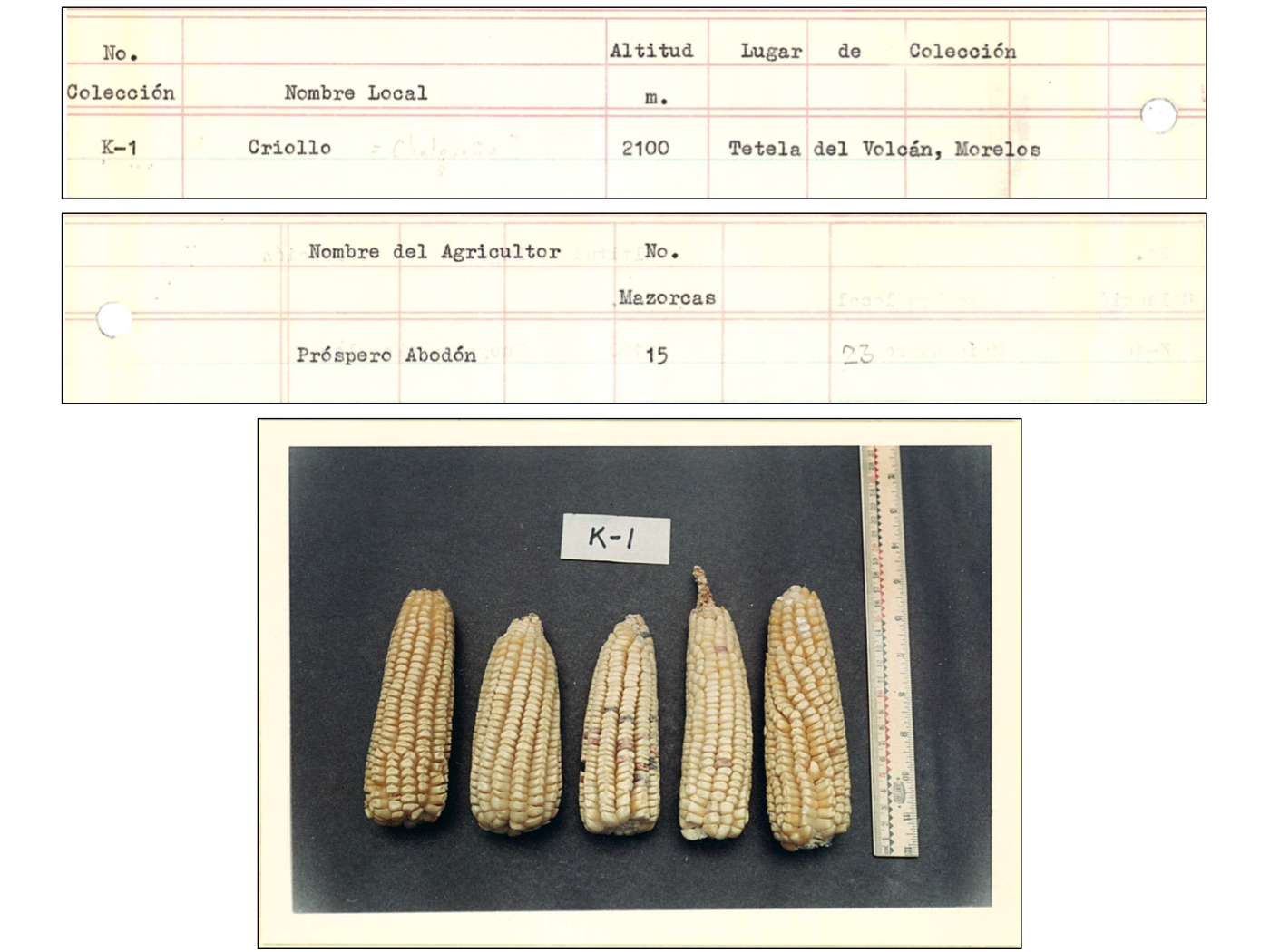 Costich and her colleague Carolina Camacho, then from CIMMYT’s Socioeconomic Program, have been working for years to mine the diversity of CIMMYT accessions in an effort to understand their relevance not only to breeders, but also to farmers themselves. It has been an open question whether farmers can effectively maintain genetic agrobiodiversity amidst the socioeconomic and climatic changes of the past decades.

CIMMYT stores more than 28,000 maize accessions in its germplasm bank, but the researchers immediately understood that the Morelos collection was unique: the detailed information associated to seed samples would allow to trace back to the original farmers of 1967 and see whether they were cultivating the same landraces – and understand what had happened since.

Interested in combining genetics with social sciences, we adopted this project. Our group of crop genetics had been working for a number of years characterizing plant genetic resources in a trans-disciplinary approach, combining genomics and social sciences to leverage smallholder farmers’ traditional knowledge within a breeding and conservation perspective. 2,3

In 2016, the research team started tracking back to the families who had donated the samples for the 1967 collection. Our goal was to identify the same maize seed lots that farmers had conserved in their fields often passed from generation to generation, to understand which were the drivers of landrace conservation, and to perform a genomic comparison with the samples conserved as accessions at the CIMMYT germplasm bank. This data could provide an unprecedented characterization of the value of maize agrobiodiversity conservation in Mexican smallholder farmers’ fields. Luis Araniéguez, a farmer who donated two samples in 1967, recognizing pictures from the original collection’s fieldbook during an interview (D. Costich)

In 2016, the team managed to locate 56 of the 66 families who participated in the 1967 collection. Morelos changed substantially over these decades due to urbanization and market expansion under the influence of Mexico City. By the time our team visited, most farmers or their descendants had abandoned their maize landraces in favor of more profitable maize varieties, crops o economic activities.4

Still, 50 years after Kato’s collection, we managed to obtain 13 samples from 12 families, ten of which belonged to the families who were still cultivating the same seed lots as in 1967. DNA samples were taken from the newly collected seeds and from their corresponding batch from 1967, and next-generation sequencing was used to produce genome-wide information on both lots. This allowed to compare side-by-side the genetic diversity of seed lots maintained across 50 years by farmers in their fields (in situ) or by researchers in the CIMMYT germplasm bank (ex situ).

Our team found that farmers were very effective in conserving agrobiodiversity despite the socioeconomic changes Morelos experienced. Landraces conserved in situ had the same overall genetic makeup as the samples collected 50 years before – but looking closely at very specific locations on the genome, we found that conservation in situ allowed evolutionary processes that differentiated the landraces. Comparing genomic data with data collected from farmers’ interviews suggests that these changes derived from farmers’ directional selection for traits of interest.

For the Ancho landrace, cultivated to prepare the traditional dish pozole, farmers explained during focus group discussions that they intensified selection for wider and larger kernels, as the markets started offering a price premium for this trait. When looking at the genomic makeup of landraces, we found signals of selection corresponding to known genomic locations that were already put in relation with kernel size. This suggests that farmers not only can efficiently preserve the genetic diversity of their seed lots, but they are also able to incorporate adaptation traits that make their landraces more suitable for current cultivation. 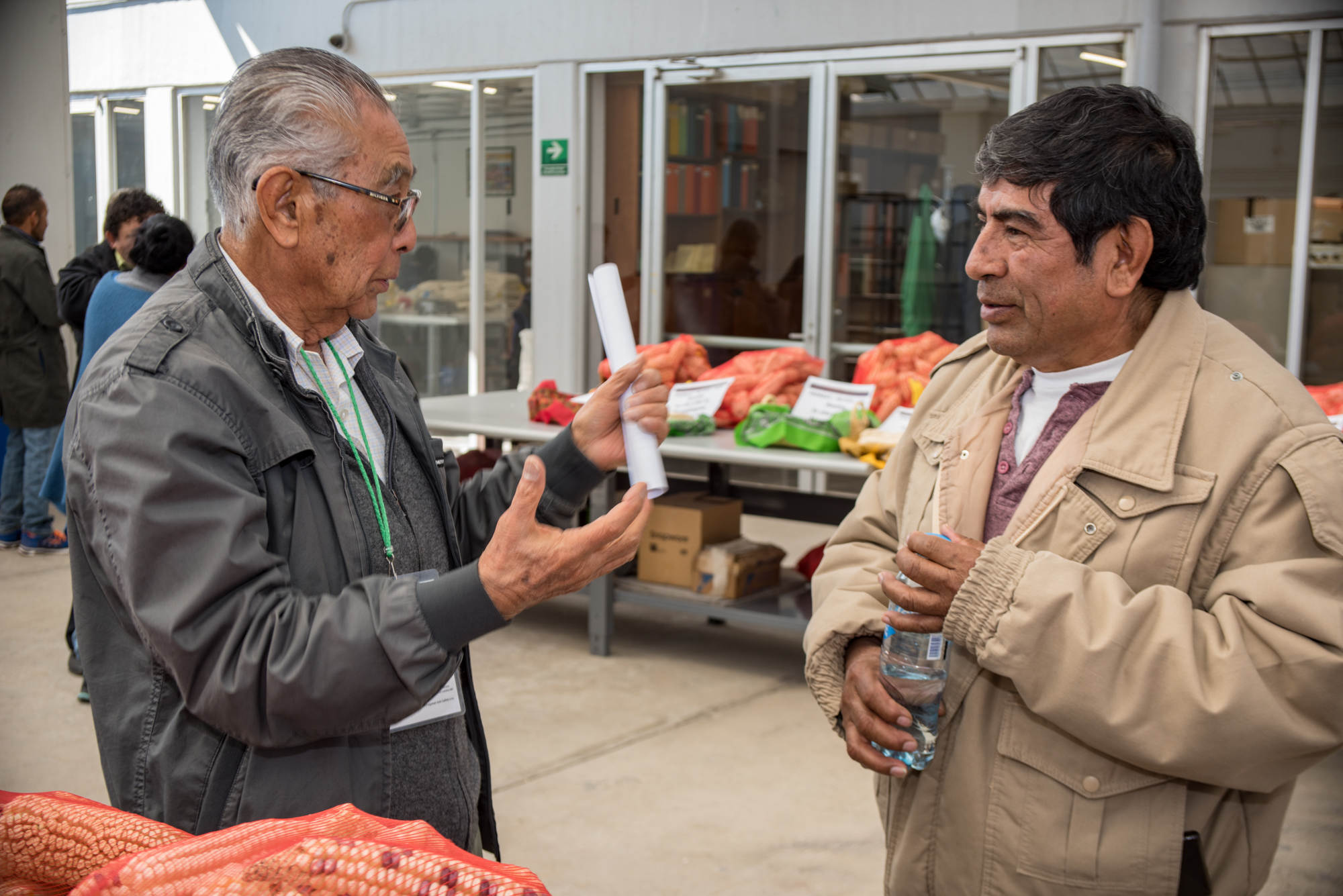 Ángel Kato (left) discussing with Epifanio Lizarde (right), one of the relatives from the farmers who donated the samples in 1967, during a guided visit to CIMMYT in 2018
(D. Costich)

We learned that, at the seed lot level, accessions from the genebank are still representative of the overall diversity that is present in farmers’ field. Yet we now hypothesize that the presence/absence of the latest adaptations may affect phenotypes in subtle but relevant ways for farmers, as the new ears collect already suggested. We look forward to see multidisciplinary approaches combining genomics with farmers’ traditional knowledge to continue opening paths to crop improvement and agrobiodiversity conservation linking genetics and cultural features of cropping systems.

A timeframe for human evolution