On 20th February 2020, the Royal Commission into National Natural Disaster Arrangements (Commonwealth of Australia, 2020) was established investigate the most horrific Australian fire season in living memory (Nolan et al. 2020). These bushfires became uncontrollable for many reasons, including the degradation of the forest estate through increased clearing, ad hoc development planning, mismanagement of water, and anthropogenic climate change. With the national inquiry exploring actions to help mitigate the impacts of unprecedented natural disasters and ameliorate the risk of another ‘black summer bushfire’, now is the time to rethink the management of landscapes and build a resilient future in the face of climate change.

Since 1750, Australia has lost approximately 13,262km2 (30%) of its rainforests (Commonwealth of Australia, 2001). Many conservationists believe that restoring lost and degraded ecosystems to their pre-colonial extent is appropriate. However, rather than trying to recreate what we think the landscape looked like 270 years ago, perhaps we should create a new future made up of vegetation types that retain more water, store more carbon, are fire resistant, are richer in biodiversity, and are resilient to the damaging effects of climate change. This might mean increasing the fraction of wet forest and rainforest in the landscape well above 1750 levels. When vegetation has more than 22% moisture, it is very unlikely to ignite (Sullivan, et al. 2012). Australian rainforests vary in mean fuel moisture content (Stewart, 1967), but in general pure rainforest angiosperm litter can contain 81% (+31%) moisture (Zimmer et al. 2015). Wet eucalypt forests in Australia can hold ~156% fuel moisture content, whereas gullies of dry rainforests can contain ~114% moisture (Nolan et al. 2016). We can use this simple logic to protect both people and nature.

While short-term, labour-intense responses, such as hazard reduction burning, are important, long-term engineering of more resilient novel ecosystems can deliver better and more sustainable outcomes for people and nature. 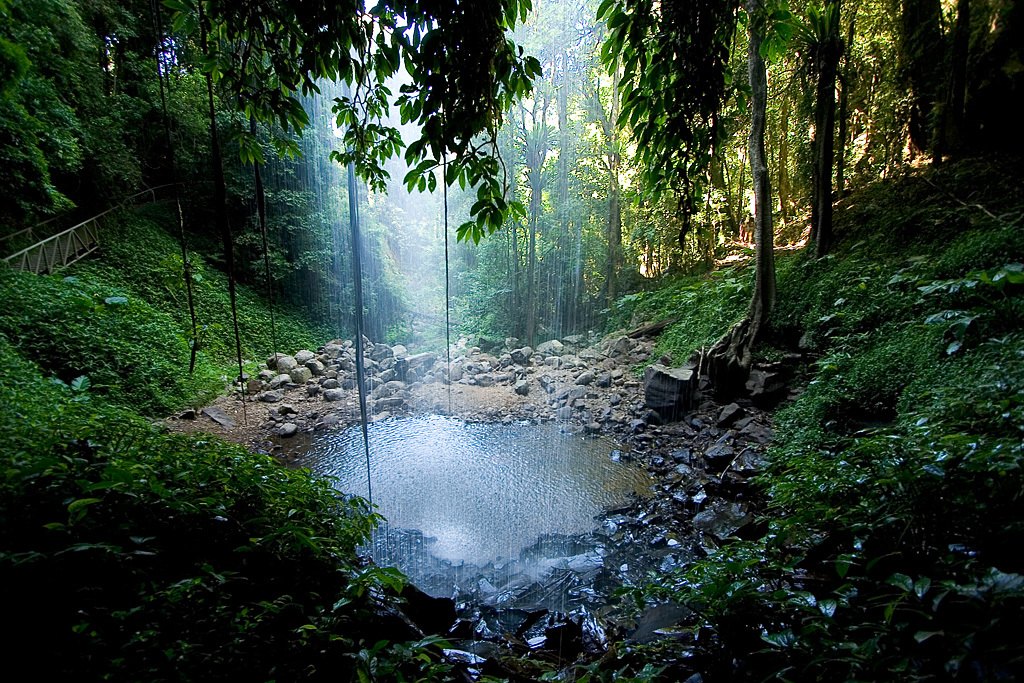