Fish on the edge: a meta-analysis reveals edge effects within marine protected areas

Edge effects degrade the effectiveness of no-take MPAs on a global scale. Improving the planning and management of MPAs can increase their performance and benefits for surrounding fisheries.

No-take Marine Protected Areas (MPAs) are a source of hope for our deteriorating oceans. The effectiveness of no-take MPAs in protecting and restoring marine ecosystems is documented in numerous field studies. However, these studies usually examine MPA effectiveness in a discreet manner, finding high biomass inside the MPA versus low biomass in adjacent fished area.

But the world is continuous, and MPAs are not fenced, unlike many terrestrial protected areas. So, what exactly happens across MPA borders? This question occupied my mind while reviewing the literature as part of my PhD research focusing on the process of fish spillover from MPAs. Spillover is the net export of fish or invertebrates (as egg, larvae, or adults) from within an MPA to its surrounding areas. Beyond conservation, spillover represents the ability of MPAs to benefit humans by contributing to the recovery of depleted fisheries.

As the last meta-analysis on spillover was conducted more than ten years ago, and since new field studies have been published in recent years, I decided that a new synthesis of cross-boundary size-estimates of marine populations would be interesting. Specifically, I wanted to know what exactly is the shape of the gradient from within to outside MPAs. Do fish really “spillover” from MPA boundaries? Does fisher strategy to often fish on the borders of MPAs (“fishing the line”) result in decreased fish abundances?

I started to search the scientific literature for empirical studies with suitable data. There weren’t many. Cross boundary data on marine populations is very limited. The reason for this shortage is that these kind of field studies are generally very complicated, expensive, and time-consuming to conduct. I know this all too well from my own field research, where I am using both traditional underwater visual census methods and implementing new acoustic methods to identify fish abundance changes across the borders of no-take MPAs in Israel.

Eventually, I identified 24 studies suitable to include in my meta-analysis. These studies contained 1,619 population size estimates belonging to 147 unique samples, which represents the spatial patterns of 72 fish and invertebrate taxa across 27 no-take MPA borders, located in diverse marine realms.

When I saw the results, I immediately understood that we are looking at a pattern of edge effect.  Edge effect is a well-studied phenomenon in terrestrial protected areas, where the edges of the reserve experience elevated disturbance, which in turn reduces the size of natural populations. Consequently, edge effect causes a reduction in the actual effective size of the reserve with great implications for reserve planning and management.  However, in the oceans, the magnitude of edge effects in MPAs had not been studied empirically.

Our study not only revealed strong edge effect in MPAs, but also quantified the magnitude of this phenomenon on a global scale. The results suggest that the edge effect can reach up to 1-1.5 km within the MPA and that population sizes on the border are 60% smaller relative to the core areas.

Using the MPAtlas database, we also found that 40% of the no-take MPAs in the world are smaller than 1 km2, meaning that they most likely experience edge effect over their entire area! Overall, 64% of no-take MPAs are smaller than 10 km2 and may hold only about half (45-56%) of the population size implied by their area, making the global no-take MPA network significantly less beneficial than perceived.

An important point to highlight is that a pattern of edge effect does not mean that spillover from the MPA does not happen. Spillover and fishing most likely occur simultaneously on MPA borders to produce an edge effect pattern.  Thus, despite prominent edge effect, spillover may occur, and fishers may still be benefiting from increased catch outside of the MPA boundaries. Nevertheless, the consistency of edge effect patterns implies that the depletion of populations at MPA peripheries is occurring at a faster rate than the buildup of populations outside of the MPA.

Other evidence presented in the paper indicates that fishing pressure around the MPAs is probably the main cause of edge effect. In fact, when we examined different MPA characteristics, we found the no-take areas with buffer zones around them did not present edge effect but rather a pattern of spillover. In addition, MPAs that were well enforced presented a smaller edge effect than ones that reported some illegal fishing.

These findings are encouraging, as they mean that by applying a precautionary buffer zone with regulated fishing activities, and by improving enforcement, we can increase the effectiveness of existing no-take MPAs and increase the benefits they provide via spillover. When planning new MPAs, we recommend the no-take area targeted for protection to be at least 10 km2 and as round as possible, to reduce the proportional area of the total MPA size degraded by edge effect.

As the global community begins to implement the post-2020 global biodiversity framework, led by the Convention on Biological Diversity (CBD), our findings provide hands-on, practical guidelines to improve MPA planning and management, so that we can do a better job of protecting our oceans. 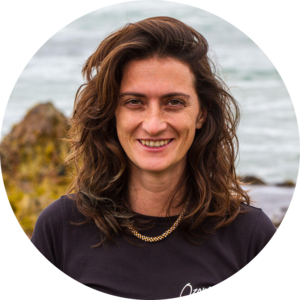