Climate change entails changes not only in mean temperature but also in temperature fluctuation. We provide the experimental evidence that an increase in temperature fluctuation can induce the thermal adaptation of soil microbial respiration. We expect that our results will contribute to improving the characterization of the thermal adaptation of microbial respiration and its incorporation in land surface models by providing robust laboratory evidence of its occurrence.
Ming Nie, Yan Zhang & Jǐn-Tāo Lí
3 contributors
Like Liked by Simon Harold and 5 others
0

Analysing subtropical forest soils from a 2,000 km transect across China, the authors show that temperature fluctuations can induce the thermal adaptation of microbial respiration, in contrast to findings derived from mean temperature alone.

Temperature is one of the most fundamental environmental constraints on biological and ecological processes. Almost all life forms, including humans, animals, plants, and microbes, perceive and thus respond to and adapt to temperature changes. Approximately twenty years ago, thermal adaptation of microorganisms was proposed by ecologists to explain a gradual decline in warming-induced enhancement of soil respiration over time observed in field warming experiments. Soil respiration is one of the largest carbon fluxes released into the atmosphere by the terrestrial biosphere, directly offsetting approximately 50% of the gross carbon synthesized by terrestrial plants via photosynthesis each year, thus playing a critical role in regulating both global net productivity and atmospheric CO2 and must be understood to make accurate climate projections. Many laboratory studies, including the works during my postdoc period at the University of Wyoming, focusing on this topical thermal adaptation of soil microbial respiration have been conducted, but with varying results.

I listed microbial thermal adaptation as one of my major research directions when I started my academic career at Fudan University. On a hot summer day in 2019, when I was on my way to the office, the cool air from the air conditioner made me feel comfortable as I passed the doors of the college's greenhouse; but as I walked away, the feeling disappeared, and the heat hit me again. This experience of temperature changes that occurred within 1-2 seconds inspired me at that moment. The temperature regime of an environment includes not only the average and constant temperature but also the fluctuations in temperature, such as the range of diurnal fluctuations and interannual variability. This is actually well known, but in most previous studies testing microbial thermal adaptation (and other microbial ecology studies), it was simplified as a mean temperature paradigm. Thermal adaptation describes the physiological plasticity of microbial processes in response to changes in environmental temperature; if so, an environment with high temperature fluctuations shall favor and select microbes with higher thermal adaptability than a stable environment, as also expected by the climate variability hypothesis. Identifying this issue would be important, as temperature fluctuations are increasing substantially with climate warming.

I made this a PhD project for Zhang Yan, the first author. She put a lot of effort into it and did a great work, and I am delighted that the story has finally been accepted by the prestigious journal Nature Ecology & Evolution. Along the way, she and other colleagues have overcome many difficulties. She spent much time looking for the best manufacturer to customize the temperature incubators for this project. She was also lucky enough to complete soil samplings from a 2,000-km-long west–east transect in China before the outbreak of COVID-19. However, the experiment had to be conducted during the pandemic. Then, at the height of the epidemic, something unexpected happened, and everyone in my group was quarantined outside the school for three months, except for Jin-Tao Li, the second author, who was locked in the department, which fortunately allowed the experiment to continue. Perhaps the most difficult part for Zhang Yan was writing the manuscript, as this was her first paper (and I felt for her). She has learned much from the reviewers and coauthors about how to construct a paper in a scientific way. After all this, we were finally able to tell our story.

Our work reveals that temperature fluctuation could facilitate the thermal adaptation of soil microbial respiration. Furthermore, fluctuating temperature could also have nonnegligible effects on microbial community membership and ecoenzymatic activities. These insights from our study that go beyond the traditional temperature paradigm will help us better understand and project microbial-mediated soil carbon-climate feedback. 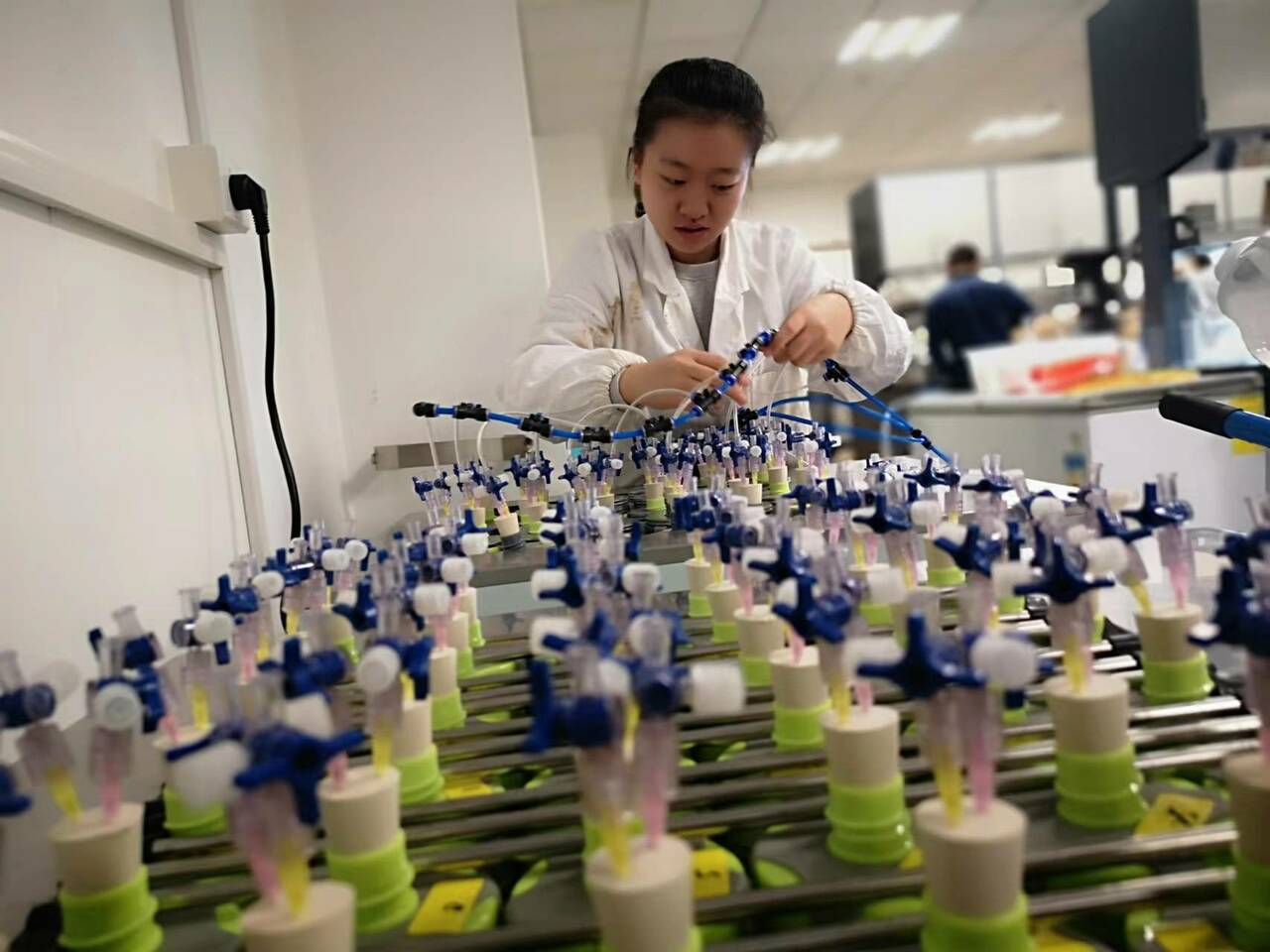 Climate change entails changes not only in mean temperature but also in temperature fluctuation. We provide the experimental evidence that an increase in temperature fluctuation can induce the thermal adaptation of soil microbial respiration. We expect that our results will contribute to improving the characterization of the thermal adaptation of microbial respiration and its incorporation in land surface models by providing robust laboratory evidence of its occurrence.