All ecosystems experience fluctuations driven by the inherent unpredictability of events that affect species abundances. Our modelling approach allows us to predict the patterns of these fluctuations, to give a more detailed view of ecosystem behaviour and the underlying structure.

Will a Large Complex System be Stable? This intriguing question was the title of Robert M. May’s famous 1972 paper, and has continued to keep ecologists, mathematicians and environmentalists awake at night in the decades since. The problem, of course, is that it is impossible to go out into the field and measure every single detail of all the interactions within an ecosystem. Without this information, the hope of making detailed predictions seems slim.

Building on work of Gardner and Ashby, the key conceit of May’s paper was to fill the gaps in our understanding with randomly generated data. Instead of specifying precise species interactions, one chooses values at random from a specified distribution. So rather than studying a single realisation of an ecological model, an ensemble of random models could be interrogated to see what high-level properties of these systems led to stability. Remarkably, strong predictions can be made in this modelling paradigm. May showed that models with few, weakly-interacting species (less complex ecosystems) were more stable than those with many, strongly-interacting species (more complex ecosystems).

This modelling approach views stability to be a binary quantity: after a small perturbation, will species abundances stay close to an equilibrium state or be driven away? The resulting analysis of asymptotic stability is mathematically natural, yet powerful, and has led to many more studies of this kind, building an increasingly detailed picture of the key elements that stabilise ecosystems. Notably, Allesina and Tang have shown that ecosystems with a large proportion of predator-prey interactions would be more stable than those with more competitive or mutualistic interactions.

But how can one compare the predictions of this approach with what features we can measure of real ecosystems? After all, an unstable system will not stay around long for you to measure it. In light of this, we were keen to revisit the definition of “stability” and tackle the question “will a large complex system be stable?” from a new angle.

All ecosystems experience fluctuations driven by the inherent unpredictability of events that affect species abundances. We wanted to know whether we could use a modelling approach like May’s to predict the patterns of these fluctuations, to give a more detailed view of ecosystem behaviour. At first it seemed quite a challenge to explore random fluctuations in a system that is itself enormously large and randomly composed. Although this “randomness-squared” seemed foreboding, we were able to borrow and combine tools from various fields such as statistical physics and random matrix theory, to ultimately compute how species abundances fluctuate in large random ecosystems. As a physicist it was very satisfying to use mathematics originally developed to study quantum particle systems to tackle the complexity of ecology. These results allowed us to expand on May’s definition of ecosystem stability, but we were even more excited to realise we could see our method “in action” by applying it to existing time series data on plankton populations.

Our initial goal was to compute the fluctuation spectra, which characterise the stochastic dynamics of our modelled system. We were happily surprised to discover that the underlying network structure of the ecosystem leaves distinct “fingerprints” in the fluctuation spectrum that we computed. In order to investigate this phenomenon further, we constructed our model such that we could easily distinguish between three extreme cases of interaction types commonly found in ecosystems: antagonistic predator-prey interactions, symmetric interactions like mutualism and competition, as well as a random mix of these.

Our approach could be generalised in many different ways, allowing us to extend our method to predict the fluctuations of a focal species (with distinct properties to the rest of the ecosystem), and to account for trophic structure in terms of predator and prey groups (leading to very distinct fingerprints to those we had previously found in our unstructured model). We believe there are many more intriguing questions and answers that we are only beginning to uncover. Our hope is that the flexibility and universality of our mathematical analysis inspires researchers to apply it to a vast variety of models to further explore ecosystem stability in terms of fluctuation dynamics. The advantage of our mathematical framework is that, like May’s, it is based on general and easy-to-measure properties of the system, like the mean number of species interactions or variance of their strength for example. While the analysis of these stochastic systems at first appears rather difficult compared to their deterministic counterparts, we note that we have developed a set of tools that show sometimes it is easier making predictions about something that we are uncertain about.

We are especially encouraged that we can ultimately bridge the gap between theoretical predictions and experimental data. Our initial version of this paper only hinted at such a prospect, until a reviewer suggested (quite rightly!) that we should put our money where our mouth is. We therefore set out to find data that was appropriate to our model and for our method; something with a relatively trophic flat structure and plenty of data. Having identified a range of potential datasets we eventually settled on a time series study on oceanic plankton populations. We were then able to fit our prediction to the fluctuation spectra. To our great surprise the result suggested that the population dynamics are dominated by competitive and mutualistic interactions – seemingly in conflict with past predictions of predator-prey interactions as stabilising features.

We believe this approach opens the door to a new way of studying ecosystem stability and using fluctuation spectra of timeseries data to peer inside the previously hidden network interaction structures. The approach could also have applications to complex systems beyond ecology, for example complex networks occurring in finance or neuroscience. We’re excited to see where this new method takes us. 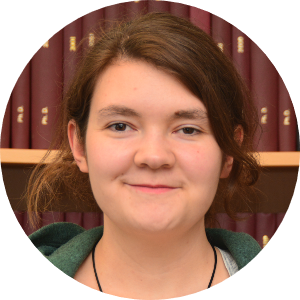 I am a PhD student at University of Bath, UK. Generally I'm interested in eco-evolutionary processes and mathematical modelling of population dynamics, with particular focus on stochastic effects due to inherently random ecosystems and demographic noise.