Amid the pandemic, we still have to remind ourselves that climate change is also already here, posing a serious threat to life on this planet. We present rare empirical evidence of climate change impacts on tropical species through an analysis of the abundance of waterbirds at 6,800 sites.

Our paper in Nature Climate Change can be found here.

After our first work, which quantified waterbird abundance changes using a global dataset collected through the International Waterbird Census by Wetlands International and the Christmas Bird Count by the National Audubon Society, there was one more thing I was eager to do with the same dataset—investigating how waterbirds have been responding to the changing climate.

This was because of the paucity of studies looking at the impact of climate change on species abundance. Now this might surprise you - “the PAUCITY of studies on climate change impacts? Really?” And yes, you are right to say so. A quick search on the Web of Science with “impact of climate change on biodiversity” produces approximately 8,000 papers. The problem is, however, that most of the existing research is hugely biased towards data-rich temperate regions, and responses of tropical species to climate change have rarely been examined. Why? The lack of data. To test species’ responses to changing climates, we need long-term data on the climate AND species. Long-term data on species, especially on species abundance, that have been collected systematically in both temperate and tropical regions are extremely rare, except for a few species groups. This is a serious limitation, as tropical species are theoretically predicted to be more vulnerable to increasing temperature.

This is where the waterbird dataset comes in. Even after the filtering process, we still had time-series data for 390 waterbird species, including 129 tropical species, at 6,822 sites between 55°S and 64°N. The outstanding data availability offered by this invaluable dataset is all thanks to the incredible efforts by the countless numbers of (we estimate at least 85k) devoted, largely volunteer, surveyors, coordinators, and data managers in over 100 countries. The critical importance of these on-ground efforts for understanding the ongoing biodiversity crisis can never be overemphasised. With gratitude I decided to take this dataset and look at how the abundance of each species at each site has changed in response to changes in temperature and precipitation since 1990, and compare the responses among and within species, along latitudes.

We found clear signals of negative impacts of climate change on tropical waterbirds. Waterbird abundance generally decreased in the tropics, but increased at higher latitudes, with increasing temperature. More specifically, 69% of the tropical species showed, on average, negative responses to temperature increases, and for all species with a significant within-species pattern, populations at lower latitudes showed more negative responses to temperature increases than their higher-latitude counterparts.

Our findings add new empirical evidence for tropical species to our rapidly accumulating knowledge on how climate change is threatening biodiversity. But of course this is only a small part of the whole picture, especially for highly mobile species like waterbirds. For example, severe heatwaves and droughts in 2019-2020 in Australia seem to explain the 42% decline in Latham’s snipes breeding in northern Japan, 7,000 km away, as the species migrate between the two countries. Arctic warming may affect the survival of non-breeding red knots in tropical Africa through some complex processes. An important challenge for us scientists will thus be understanding how climates changing in spatially-heterogeneous ways affect species’ annual cycles and their extinction risks.

Meanwhile, I desperately hope that our findings serve to reinforce the world’s ongoing efforts to prompt real changes in our society to fight climate change by adding another layer of scientific evidence. We may be in the midst of an unprecedented pandemic, but let us not forget that climate change is still here too, right in front of us, threatening the invaluable diversity of life, including us humans, on this planet. 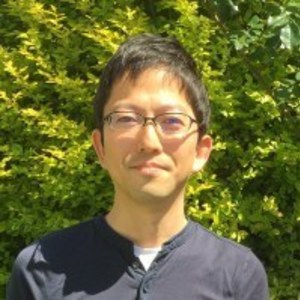