Reef fishes comprise one of the most extraordinary vertebrate radiations on earth, but what factors dictated the pace of their evolution?
Alexandre Siqueira
PhD candiate, ARC Centre of Excellence for Coral Reef Studies, James Cook University
Follow
Like Liked by Ruth Milne and 2 others

Both geography and ecology can drive the origins of new species. Siqueira et al. show how geological changes in the structure of Miocene reefs and the concurrent evolution of new feeding strategies combine to explain why coral reefs contain such a diversity of fish species.

If you are lucky enough to have had the opportunity to see a healthy coral reef, I am sure you will agree it is a remarkable scene. The mesmerizing diversity and complexity of coral reef systems resembles a busy city, with fishes being the most conspicuous inhabitants. Swimming around doing their “jobs” amongst the corals, fishes are found in a multitude of colours, shapes and sizes. Their taxonomic and ecological diversity, however, conceals a fascinating evolutionary history that can only be revealed through the examination of fossils and phylogenies.

The early fossils associated with extant reef fish families date to approximately fifty million years ago (Ma) and are extremely important because they tell us a lot about the initial diversification of many groups. Still, one of the most interesting features of these fossils is their geographical location. Most of them were found in Europe, quite far from the so-called Indo-Australian-Archipelago (IAA) where the majority of marine species are found today. Alongside fishes, other marine groups show a similar geographical pattern in the fossil record1, suggesting that in the past, the marine biodiversity hotspot was located in a different place when compared to today. It was only in response to more recent geological changes that the marine biodiversity hotspot “hopped” towards its current location in the IAA1.

These geological changes were fundamental in shaping global patterns of reef fish distribution and fossils were key elements in revealing this early history. The problem is that fossils of reef fishes are relatively rare in the recent geological past (last 20 million years), leaving many blank pages in the book of reef fish evolution. Consequently, the only way to fill this gap lies in the information provided by molecular phylogenies. Up until now, phylogenetic evidence pointed to the Miocene (23-5.3 Ma) as the most important time for lineage diversification in reef fishes2. Previous studies also suggested that both ecological novelties3 and geological changes associated with the formation of the IAA2 have been important in driving the expansion of reef fish lineages in the Miocene. However, these potential triggers enhancing reef fish diversification in recent geological times had not been investigated within a common analytical framework.

In an attempt to put some pieces of this evolutionary puzzle together, my co-authors and I set out to investigate which factors influenced the pace of evolution across the reef fish tree of life. To do so, we needed a phylogeny that would contain as many representatives as possible out of the more than six thousand reef fish species. Luckily for us, a recently published work (Rabosky et al.4) provided a comprehensive fish phylogeny that we could build upon, along with an important dataset on the geographical distribution of fishes. The work from Rabosky et al.4, and publicly available databases such as FishBase, were thus fundamental for the development of our work and enabled us to assemble a dataset on ecological and geographical features of many species to test our ideas.

Once we had our phylogeny in hand, we were able to estimate the diversification rates of all major reef fish lineages (Fig. 1) and assess which geographical or ecological variables were best able to predict the rates at the tips of the tree. What we found was quite surprising. None of the geographical variables were important for predicting the recent diversification rates in reef fishes, despite their importance in the deep geological past. Instead, only two ecological variables, trophic identity and body size, accounted for more than 60% of the relative importance within our models. Of these two variables, the trophic identity of species was by far the most important.

Interestingly, when we analysed the model results, we found that herbivorous fishes (such as surgeonfishes and parrotfishes) diversified faster than other trophic groups. Furthermore, diversification rates were substantially higher for large-bodied herbivorous species (Fig. 2). Hence, the recent evolutionary rates in reef fishes have been mainly determined by an interaction between species trophic identity and body size.

After seeing these results, I couldn’t help but to think about “The Game Changers”, a Netflix documentary that I had recently watched. This documentary highlights how a plant-based diet can boost the performance of some human athletes. Taking this analogy into the reef fish evolutionary arena, plant-based diets also seem to have been profound game changers (Fig. 3), with herbivory leading to a faster pace of lineage formation in reef-associated fishes in the recent geological past. In the paper, we suggest that this increased diversification in large herbivorous fishes is probably related to their success after colonizing previously unexplored and productive areas of the reef during the Miocene5. Additionally, we suggest that the increased herbivory might have had cascading effects in the recent geological past, facilitating the expansion of other trophic groups such as planktivores and corallivores. 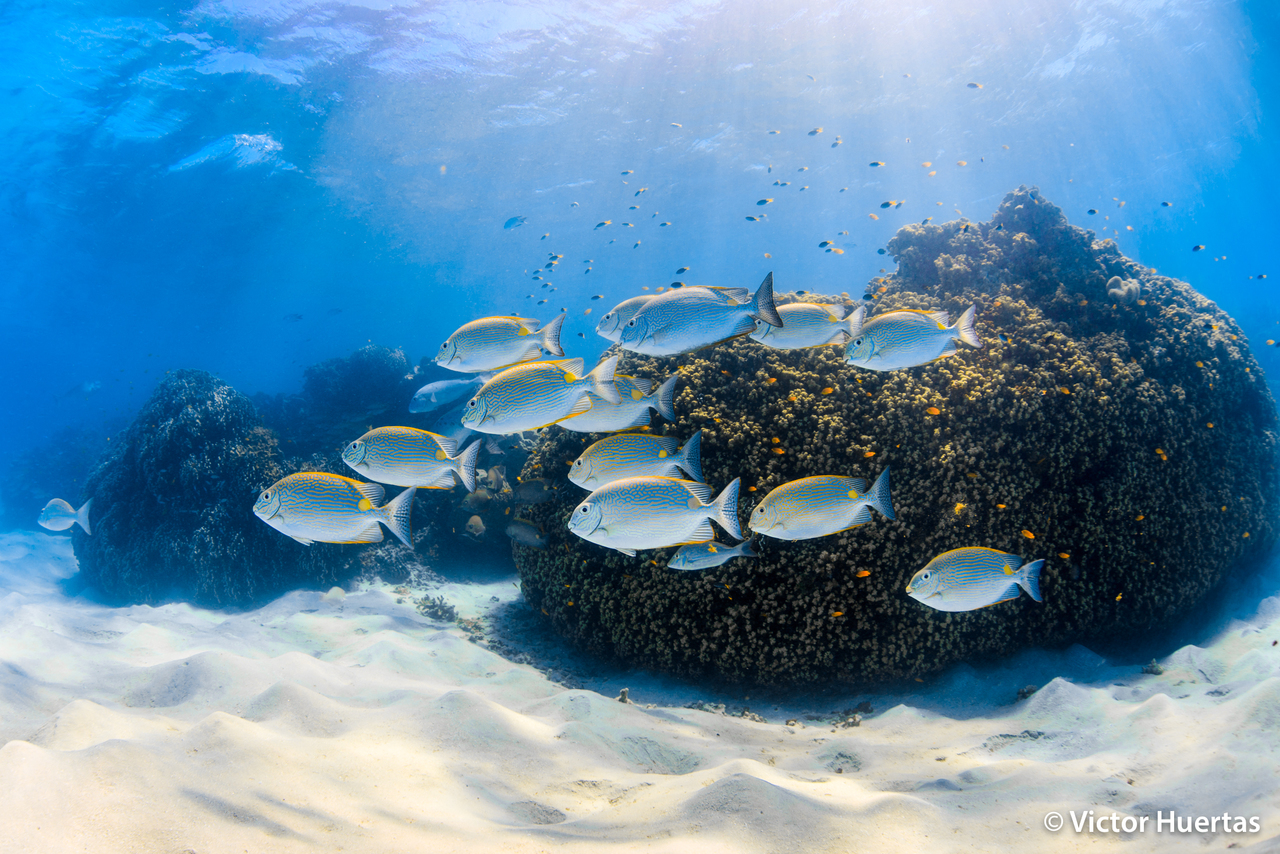 Reef fishes comprise one of the most extraordinary vertebrate radiations on earth, but what factors dictated the pace of their evolution?