Parasitoid wasps are rapidly developing as a model for evolutionary biology. Here, the authors analyze the genomes of two Anastatus wasps, revealing genomic innovations related to maintenance of genomic stability, and rapid turnover of venom genes.

In the summer of 2020, Prof. Ye had a Zoom meeting with his friend and collaborator Prof. Dunsong Li, a team leader in Anastatus wasp research at Guangdong Academy of Agricultural Sciences, to discuss the blueprint for Anastatus genome sequencing. Anastatus wasp is a promising natural enemy for many stink bugs (e.g., Tessaratoma papillosa) in fruit trees, and it has been successfully applied in pest control for over 60 years in South China. Prof. Li, Dr. Can Zhao, and their colleagues have established mature mass rearing and field release technologies for Anastatus wasps, paving the way for their widespread application in insect pest biological control. High-quality genomic resources will facilitate in-depth research on these wasps, which may benefit pest control, and will also lay the foundation for future comparative genomics studies of insects.

We then launched the Anastatus genome project in the autumn of 2020. Following nearly a year of sample preparation and sequencing, we finally obtained genomic data for two Anastatus wasp species (A. japonicus and A. fulloi), and comprehensive data analyses were set out in October 2021. When Dr. Yi Yang and I (Dr. Xinhai Ye) took the first glance at their genomes (~950 Mb), we immediately realized that they are among the largest parasitoid wasp genomes sequenced to date, being 3–4 times larger than most parasitoid wasp genomes. We were intrigued but also puzzled by this pattern, which prompted us to ask why their genomes are huge. Our results indicated that the recent expansion of LTR retrotransposons is a major contributor to their large genome sizes, and we also found a substantial number of intact transposable elements (TEs) that are probably active and may threaten genomic stability. This discovery raised a central question in genome evolution: how does the genome evolve to accommodate the sudden burst of TE activity? Notably, we detected obviously expanded Piwi gene family and ubiquitous Piwi expression profiles in both Anastatus wasps, which may likely emerge for TE silencing. Next, with the assistance of Dr. Yu H. Sun at the University of Rochester and Dr. Shan Xiao at Zhejiang University, we performed small RNA sequencing to test whether piRNAs (PIWI-interacting RNAs) target TEs in these two wasp species. We discovered abundant TE-derived piRNAs and significant Ping-Pong signals across TE families, both of which provided strong support for their TE silencing role. Importantly, our results revealed that the features of TE-derived piRNAs, and their activities are substantially linked with the TE characteristics of the Anastatus genomes.

The venom system is a key model for the study of evolutionary innovations. Different from many venomous animals, such as, snakes, that use venom to kill their prey, most parasitoid wasps employ venom to regulate metabolism and development of their arthropod hosts, thus creating a favorable environment for developing wasp larvae. To adapt to the varied hosts, parasitoid venom repertoires evolve rapidly, providing an excellent model for understanding how genes acquire novel functions, i.e., how they become venom genes? In this work, we performed systematic analyses on the venom evolution of Anastatus wasps, and found that the co-option (a non-venom gene significantly elevates its expression in the venom gland and obtains venom function) and neofunctionalization (gene duplication followed by mutations) models function concertedly to produce venom compositions, with the co-option playing a predominant role during evolution. We next asked what molecular mechanism could explain the dramatic changes of gene expression in venom gland. Interestingly, we inspected the whole genome alignment results and found that during venom gene co-option, TE insertions may drive gene expression shifts in the venom gland by influencing the cis-regulatory sequences. This discovery may offer a reasonable explanation of the genetic basis underlying rapid venom turnover during parasitoid wasp evolution. However, in our published paper, we adopted the reviewer's suggestion to weaken this statement due to the lack of evidence form functional experiments. Currently, our ongoing project will test this hypothesis through expanded sampling and functional studies. In addition, Dr. Shijiao Xiong and I performed gene co-expression network analyses and found that the venom genes co-expressed with a large number of non-venom genes. This implies that the underappreciated non-venom genes that are co-expressed with venom genes may regulate venom evolution. In summary, our findings advance the understanding of two key questions in evolutionary biology—the causes and consequences of genome size evolution, as well as venom evolution.

Genome sequencing has greatly facilitated the understanding of parasitoid wasp evolution; however, most of the sequenced genomes are limited to chalcids and braconids, which fails to reflect the breadth of this extremely diverse group. We and our collaborators are currently sequencing a more comprehensive catalog of parasitoid wasp genomes, and we hope that the comparative genomics of parasitoid wasps could provide new insights into fundamental aspects of evolutionary biology. 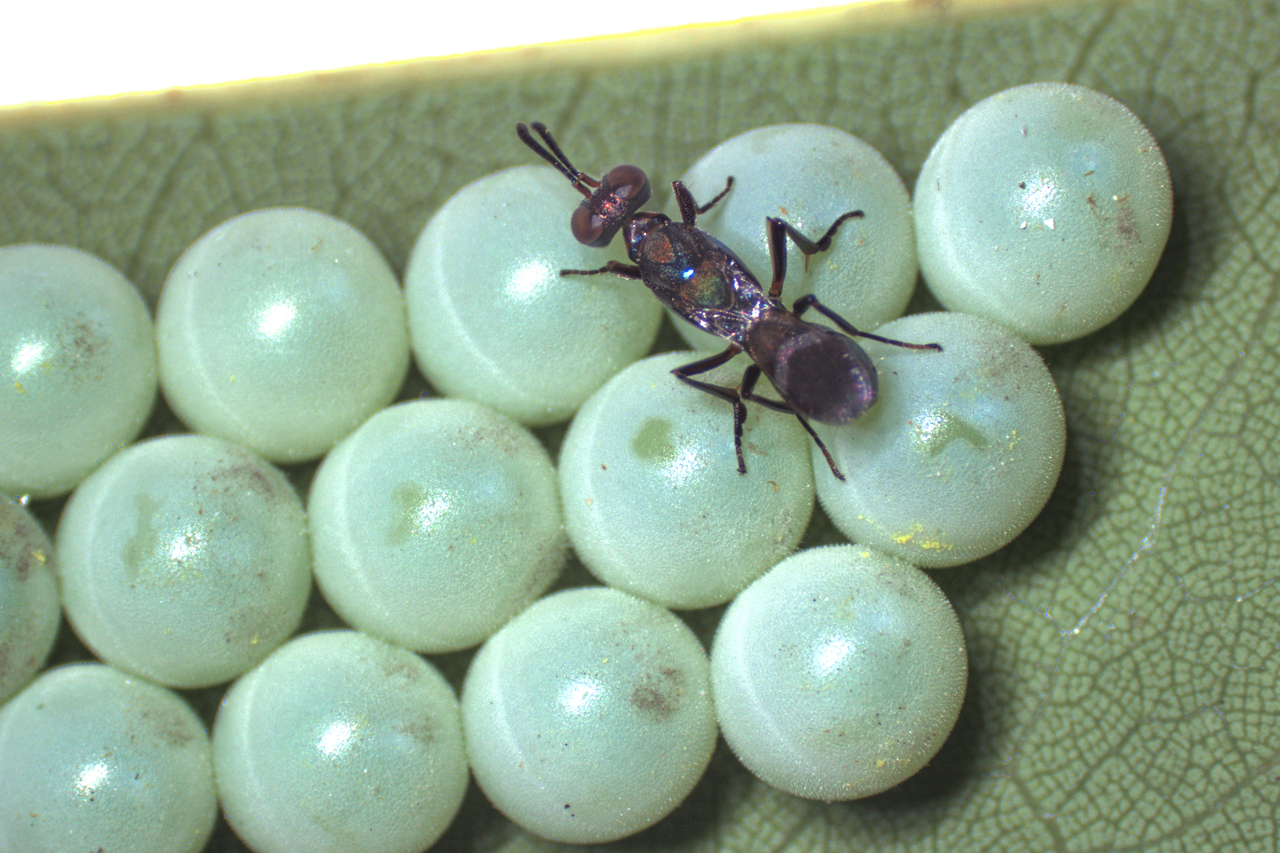