The story of searching for the origins of our sensory nerves across half a billion years of evolution and how collaborative spirit overcame an asbestos crisis and the pandemic.
Vasileios Papadogiannis
Postdoctoral Researcher, Hellenic Centre for Marine Research
Follow
Like Liked by Cristian Cañestro and 2 others
2

Most modern animal phyla emerged more than 500 million years ago, during the Cambrian explosion. In a comparably short period, our early ancestors evolved a new specialised head and transitioned from feeding by filtering floating material to a predatory life. In this transition, the nerves that convey sensory input from our environment became organised in hubs of sensory neurons around our skull, the cranial sensory ganglia (CSG)  (fig.1) 1. CSG are an example of a vertebrate innovation, a structure not found in other animals, but universal in all vertebrates2.

Fig. 1 | The nervous system of a lamprey embryo, colour coded by depth. The embryo is oriented with the front of the head towards the right. The cranial sensory nerves can be seen as bright bundles of neurons traveling from the brain at the top towards the bottom and the rest of the head. (labeled with an antibody to β-tubulin)

Half a billion years is an incomprehensibly large amount of time; evolutionary processes sculpt new cell types, organ systems and groups of species, most of which go extinct much sooner. An anatomical structure, a cell or a DNA sequence “surviving” such a vast time window represents a crucial component of an organism’s biology. The birth of such characters sometimes happens very fast – at least in geological timescales - with few to no descendant species with intermediate forms surviving to the present. This is why the absence of CSG from our closest living invertebrate relatives made finding how they evolved very challenging2. Sadly, we cannot bring back ancient vertebrates and look into their development. Fortunately, what physics does not allow, we can achieve through comparative genetics. Developmental gene expression conserved in deep time gives us a wondrous lens, one that allows us to peek into our hidden ancestral state. In our recent work, we used two tools in our disposal to trace the evolution of CSG. First, we searched for a conserved CSG marker, a gene with expression and function in the ganglia across all vertebrates. Secondly, we turned to key clades of our phylogeny: the earliest branch of the vertebrate tree, jawless fish, and our closest invertebrate cousins, the Tunicates (Fig. 2a).

Before the start of this project, previous work from our group by Dr Cedric Patthey carefully isolated and analysed CSG neurons from chick embryos, looking for genes specifically active during CSG development3. One of the most promising CSG markers that came up was transcription factor Hmx. Most vertebrates have four Hmx genes, found as pairs in two genomic locations (Fig. 2b)4. By digging into literature, we were excited to not only find that combinations of Hmx genes mark all CSG in fish, amphibians, birds and mammals, but that they are also necessary for proper CSG development. Such conserved developmental signature and function were suggestive of an ancient role of the gene family since our common ancestor, giving us the candidate that we needed.

Our *debatably* beautiful model species were the key in answering how conserved CSG expression of Hmx really is. The lamprey is a primitive looking vertebrate that possesses a full suite of CSG and many aspects of our embryonic architecture (Fig.1). While an exciting evolutionary model, these animals are quite troublesome to work on; they only breed for a few weeks a year in often unknown locations (Fig. 2c,d) and they are notoriously problematic to keep in the lab. Despite difficulties, working with lamprey can be highly rewarding, owing to its key phylogenetic position. Indeed, we were fascinated to find that lamprey CSG were marked by Hmx; we identified three Hmx genes, closely located in one genomic neighbourhood (Fig. 2b), co-expressed in all developing ganglia (Fig. 2f). Unexpectedly, we also found two other sequences close to Hmx, which are shared by all vertebrates (uCNE and dCNE Fig. 2b). Around that time, this project would have been brought to a sudden halt, as asbestos contamination led to the closure of our department’s building. Was it not for our collaborators in the US (Huge thanks to Dr Hugo Parker: hand -not the lamprey- in Fig. 2e), we could not have confirmed these sequences are enhancers, elements that control when and where Hmx is activated (Fig. 2g). These regulatory elements are a rare finding on their own, being copies of a single ancient sequence; this is the first known conserved tandemly duplicated enhancer. The above highlighted that Hmx has been an integral part of CSG development since the root of vertebrate evolution, raising an exciting question; what cells expressed Hmx before we became vertebrates? To formulate this to a testable hypothesis, we set out to search if Hmx marks sensory neurons in our invertebrate cousins.

For a very long time, we believed amphioxi (Fig. 2a), small fish-like animals, were the closest living relative of vertebrates. However, availability of complete nuclear genomes has revealed that Tunicates, like the genus Ciona, are our sister group5. The adults of these somewhat alien lifeforms resemble vases, but this is actually a secondary change, an adaptation to an immobile lifestyle (Fig.3a,b,c). In contrast, Tunicate embryos retain characteristics of their ancestral form, having the ability to move in response to simple stimuli and a rudimentary brain. These tadpole-like embryos have various sensory receptors in their epidermis and head, as well as two pairs of recently identified sensory neurons in the tail, the bipolar tail neurons (BTN). These neurons are comparable to CSG in some ways, developing from the edges of the roof of the embryo and eventually connecting sensory receptors to the brain6. Because of their parallels to CSG cells in development and function, finding that Hmx marked the BTN from a very early stage was an intriguing discovery (Fig.3d). Even more strikingly, we demonstrate that Hmx is a master regulator of BTN cell fate: turning on Hmx at the embryo epidermis creates more BTN, while deleting part of the gene through CRISPR editing leads to loss of BTN (Fig.3e,f). These experiments were done through difficult personal and global circumstances, including, but not limited to, analysing data in a hospital and writing up during an army service. Most importantly, the incredible CRISPR work would have been impossible without the ceaseless effort of our collaborators in Austria (immensely grateful to Alessandro Pennati) during the challenging times of the pandemic. Finally, we only found amphioxus Hmx in the central nervous system, with no signal in sensory neurons.

Bringing everything together, this comparative analysis recreates the story of how a new type of Hmx positive sensory neurons evolved in the common ancestor of vertebrates and Tunicates. In wonderful agreement with this picture, we were astonished to find that, after injected in Ciona zygotes, the lamprey Hmx enhancer is able to control gene activity in the BTN (Fig.3g). Thus, in perspective, our collaborative effort reveals the shared origins of CSG cells and BTN, showing that after 600 million years of evolving separately, these vertebrate and Tunicate sensory neurons are still constructed with a similar genetic blueprint, inherited from an ancestral cell.

I am a postdoctoral researcher in the genomics and bioinformatics group of HCMR, currently working on teleost and other vertebrate genome evolution. I completed my PhD in the Department of Zoology of the University of Oxford, on the field of evolutionary developmental biology. My primary research interests are vertebrate comparative genomics, the evolution of gene expression and its regulation, as well as how these processes are controlled during embryonic development. I previously completed an MSc in Biotechnology at the University of Edinburgh and a BSc in Biology at the University of Athens.

Beautiful story, Vasileios, thanks for sharing it!

Many thanks Cristian, I am very happy you enjoyed it! 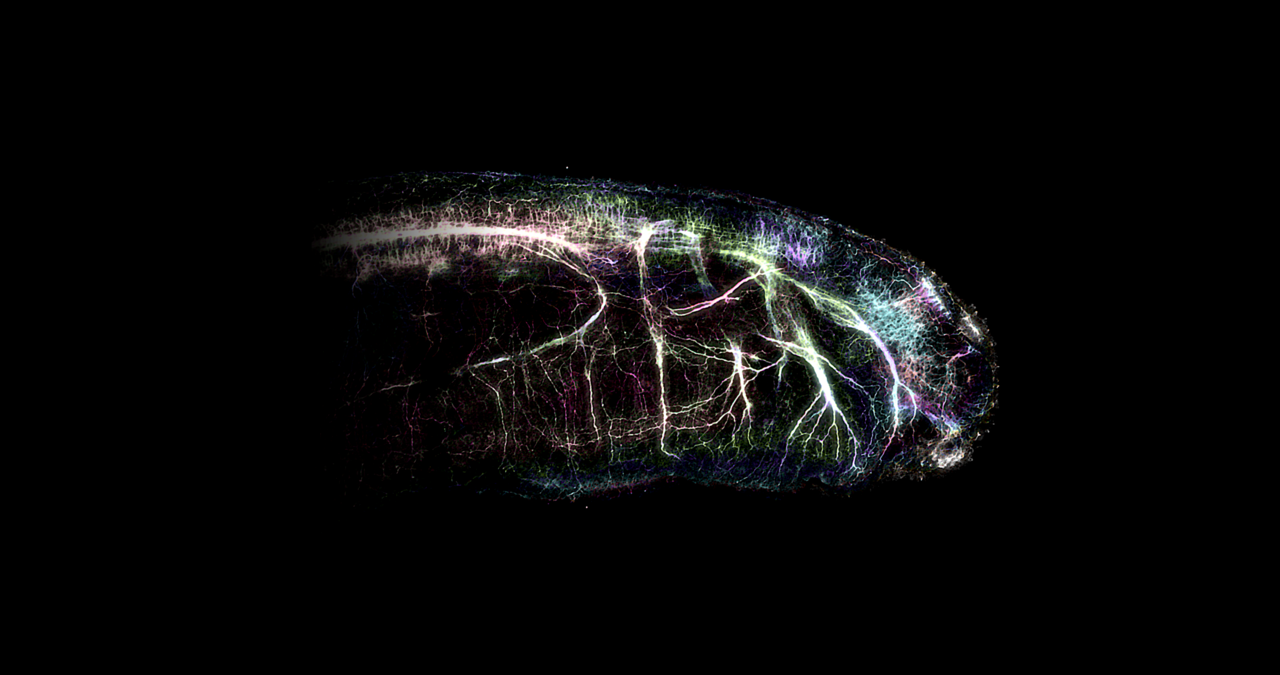 The story of searching for the origins of our sensory nerves across half a billion years of evolution and how collaborative spirit overcame an asbestos crisis and the pandemic.