The Qinghai-Tibet Plateau (QTP), or Earth’s ‘Third Pole’, receives a lot less attention than the Arctic and Antarctic, but after them it is the largest cryosphere. The QTP is also known as the ‘Water Tower of Asia’, because it brings meltwater to fourteen Asian rivers, on which approximately one-fourth of the world’s population depends. Most research on greenhouse gas (GHG) outgassing in streams and rivers has focused on lowland habitats, but alpine fluvial networks always miss in global scaling of aquatic biogeochemistry, even though these ecosystems in headwater catchments in mountain areas act as sentinels of climate change. Perhaps surprisingly given their significance, physical and biogeochemical processes of streams and rivers on the QTP are still unfamiliar to many biogeochemists. One reason is that the plateau’s remoteness, high altitude and harsh weather conditions make any research on this region very challenging. Indeed, I used to have a severe headache and my lips turned purple at more than 3,900 meters above sea level when sampling. I also encountered several landslides on the way to sampling. But the beautiful sceneries as well as the breathtaking views in front of eyes often made me get rid of the pain and danger, at least temporarily.

My supervisor, Prof. Xinghui Xia and I have strong passion to figure out the emission rates and magnitudes of GHGs, namely CO2, CH4 and N2O, released from QTP drainage networks, and their contributions to global GHG budgets. With this goal in mind, we began the three-year project of collecting this unique dataset from 2016 to 2018. The more we analyzed the data, the more surprising and even scarier the results turned out to be, with very high CH4 ebullition that ranged from 0 to 734.4 mmolCH4 m-2 d-1, which is far beyond global streams and rivers (range: 0–35.7 mmolCH4 m-2 d-1). In the winter of 2017, I first met Prof. Emily Stanley, Prof. Peter Raymond and Prof. David Butman at AGU Fall Meeting. I was a second-year PhD student back in the time and presented a report on my research, and they were impressed with the work I had done. After that, we kept conversations going as my progress through subsequent research. Talking with them is a pleasure, as their encyclopedic knowledge of the ecology of GHGs in aquatic systems always inspires enjoyable and fruitful discussions. Our team was strengthened when Dr. Shaoda Liu, Dr. Sibo Zhang, Dr. Qingrui Wang and Dr. Ran Liu joined, which has brought in expertise from various aspects of data analyses (geographic information science, microbiology, modelling and mathematical statistics). This article builds on efforts that have been spear-headed by my collaborators, and without whom this article would not have been possible. It is my honor to work with these outstanding persons!

Our work provides a regional-scale perspective that brings us closer to understanding the contemporary warming potential of QTP streams and rivers. Unfortunately, now it appears that QTP streams and rivers are major sites of old permafrost carbon loss to the atmosphere as CH4 bubbles. Some of this is what we would predict in a world undergoing greenhouse warming, but there are regional factors on the plateau that exacerbate the effect. As we report in our article, the advantaged conditions—large organic stocks in surrounding thawing permafrost, abundant cold-tolerant methanogens, shallow water depths, and low air pressure due to high elevation—led to the average ebullition rate (11.9 mmolCH4 m-2 d-1) that was 6 times greater than the global average (1.96 mmolCH4 m-2 d-1). An increase in CH4 emissions would lead to more warming, more thawing and even more CH4 emissions, in what is known as the permafrost carbon feedback. Besides their role in carbon cycle, glaciers and permafrost on the QTP also play a pivotal role in hydrological cycle. A large-scale melting of glaciers and permafrost endangers the plateau’s alpine ecosystems and surrounding lowlands.

In the end, the QTP must be one of the most crucial places for how humans and the environment collide in a globally warming world. Can the Earth’s Third Pole be saved? In the answer, science must be at the fore. 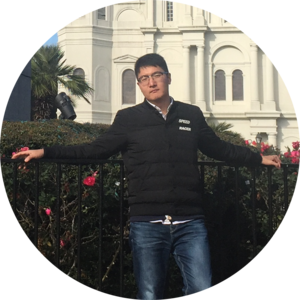