Ecdysone and juvenile hormone are found to have a pivotal role in the receptor-mediated defence of this billion-dollar insect pest against the bacterial pathogen Bacillus thuringiensis.

In 2015, I authored a paper (Guo et al., PLoS Genetics, 2015) which revealed the role of an activated MAPK signaling pathway in the mechanism by which a polyphagous herbivore known for its ability to disarm defences mounted by plants or insecticides, the diamondback moth, Plutella xylostella (L.), became resistant to bioinsecticides based on the bacterium Bacillus thuringiensis (Bt). Despite establishing some of the outcomes of this pathway, we had limited knowledge regarding the underlying molecular mechanisms, or indeed where to start looking. I had read about a previous study which had observed that treating a different insect, the croton caterpillar, Achaea janata (L.), with the morphogenetic hormones, 20-hydroxyecdysone (20E) and juvenile hormone (JH) altered the expression of one of the proteins (aminopeptidase N) that we had shown to be involved in diamondback moth resistance, and so I wondered if these insect hormones could be involved in our system. Both my research group leader Prof. Youjun Zhang and our long-term collaborator, Prof. Xuguo “Joe” Zhou from the University of Kentucky, - an expert on insect physiology and toxicology- pointed out that these hormones were known to be involved in multiple physiological processes and encouraged me to follow this up.

What then followed were many months of learning how to extract and assay hormones from the very small larvae of the diamondback moth. Based on a wealth of information on the detection of insect hormones, we optimized our extraction steps and used the most up-to-date multiple reaction monitoring (MRM)-based ultra-performance liquid chromatography-tandem mass spectrometry (UPLC-MS/MS). Ultimately, our efforts demonstrated a causal link between hormone titer and Bt resistance.

During a visit to my lab, Prof. Neil Crickmore from the University of Sussex, and an expert on Bt, suggested that I consider whether the hormone effect that we had observed in the resistant insects was also part of the innate response to Bt intoxication, and also whether exogenous hormone treatment would have the same effect on insect fitness as seen with the resistant strains. In previous cases where insects had become resistant to Bt, this phenomenon had been found to be due to a mutation to a functional protein in the insect midgut that also functions as a receptor for the Bt toxin. The loss of function of this protein often resulted in fitness costs in the insect, however, in our diamondback moth strains, there were minimum or negligible fitness costs associated with Bt resistance. Our next round of hormone studies confirmed that their titers were increased following exposure to Bt toxin and also that exogenous hormone treatment did induce resistance without compromised fitness.

Our study reveals a complex response in insects to Bt intoxication. Through an increase in titer of the two abovementioned hormones, the insect would down-regulate the gut proteins that act as receptors for the Bt toxins while at the same time up-regulate paralogs that serve similar physiological functions (and thus maintain homeostasis) but could not act as receptors. In moths that have evolved resistance to Bt, some as yet unidentified mutations appear to have resulted in a constitutive activation of this response. Although the diamondback moth was the first insect to develop field resistance to Bt-based bioinsecticides, which have been used for less than a century, it is unlikely that this complex response has evolved solely as a result of the commercial use of these products. Instead, we presume that it has evolved as part of a natural/innate response to Bt, and/or some other challenges, over a much longer timeframe.

Economic use of plants is key to their naturalization success 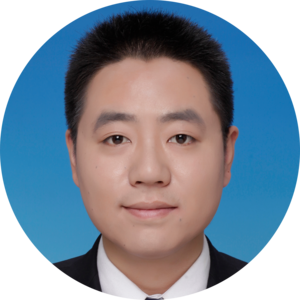