Historical climate adaptation can give insight into the potential for adaptation to contemporary changing climates. Here Bennett et al. investigate thermal tolerance evolution across much of the tree of life and find different effects of ancestral climate on the subsequent evolution of ectotherms vs…

Global warming is reshaping species distributions and altering ecological communities. Yet, we do not know what mechanisms have driven or obstructed past adaptation to temperature changes over evolutionary time scales. To answer this question, we performed a series of comparative analysis using the largest database of experimentally derived thermal tolerance limits GlobTherm. Concerningly, our research indicates that species have a limited ability to respond to rapid warming under climate change.

What determines the geographic distribution of species across the Earth is an enduring and fundamental question in ecology. More than two centuries ago Alexander von Humboldt explored how climate affected species distributions. Global warming has added urgency to this endeavour as understanding how species tolerances to temperature relates to their distribution is crucial if we are to project climate change effects on biodiversity. Nevertheless, how thermal tolerance varies across the tree of life and the causes of the variation remain unknown.

Like many researchers before me I was motivated to answer this question. So, after finishing my PhD in Australia, I move to Germany to take a post-doc in the synthesis centre of the German Centre of Integrative Biodiversity in Leipzig as part of the sDiv funded sWEEP working group, led by Prof. Miguel Ángel Olalla-Tárraga and Dr. Ignacio Morales-Castilla. The working group bought together researchers from the fields of Macroecology, Macroevolution and Macrophysiology working across aquatic and terrestrial realms in order to derive a set of phylogenetic comparative analyses, designed to disentangle the relative importance of the mechanisms invoked to explain the evolution of thermal tolerances (for an explanation of the hypotheses and tests see MS). Once the meeting was over and everyone went home, the task of leading this work was mine. But first to perform the comparative tests a dataset of comparable thermal tolerance limits for species from across the tree of life was needed.

I spent over a year scrutinizing, homogenizing and assembling data on thermal physiological traits from sources that were scattered throughout the literature. The resultant database Globtherm published in Scientific data is the largest publicly available thermal physiology dataset comprising over 2,000 wild species, alongside information on phylogentic relatedness and experimental methodologies for terrestrial, freshwater, and marine multicellular algae, plants, fungus, and animals. The dataset was specifically designed to be as comparable as possible to answer the questions being addressed by this study. Once the dataset was finished I was able to apply for a sDiv writing retreat grant so that a subset of the sWEEP group could meet in Madrid, Spain to discuss our exciting results!

In our paper published in Nature communications we show perhaps unsurprisingly that where a species currently lives is a strong determinate of their thermal tolerance. It makes sense that a species that lives in hot environment would be able to better tolerate heat than a species that lives in a cold environment and vice versa. In land plants and ectothermic animals, which are those that regulate their body temperature using external heat sources, we found that species with ancestors that lived at a time when earth was glaciated are more tolerant of cold than species with ancestors that lived at a time when earth was warm. We did not find this trend in endothermic animals, which are those that generate metabolic heat to regulate their own body temperature. We found that tolerance to cold has evolved twice as fast as tolerance to heat, likely due to physiological barriers to the evolution of heat tolerance. This is something I find very concerning because it suggests that given the past pace of evolution the vast majority of species will not be able to adapt fast enough to survive the unprecedented rate of contemporary climate change. 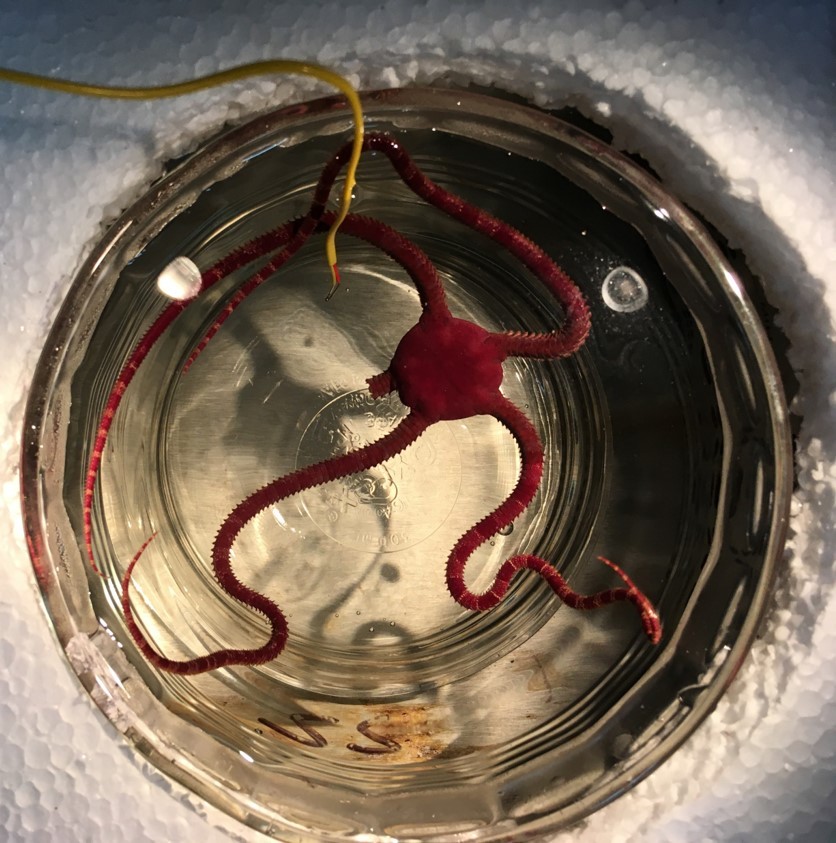