Parasitoid wasps inflict a grim fate upon their victims, letting their offspring feast upon a living host’s body until eventually, the wasps’ offspring reaches adulthood and the host its death. Thus, it comes as no surprise that host species are evolving strategies to avoid falling prey to parasitoid wasps. Such strategies involve defensive behavior, immune defenses and – a particularly intriguing form of defense - protective symbionts: Host insects can engage in a symbiosis with endosymbiotic bacteria that are passed on from mother to offspring and increase the resistance of their carriers to parasitoids. Likewise, parasitoid wasps need to overcome such defenses to keep pace in this evolutionary arms race and continue to exploit their hosts.

In the particular study system of the aphid Aphis fabae and its main parasitoid wasp Lysiphlebus fabarum, aphids can effectively be protected from successful parasitization by harboring the bacterial defensive symbiont Hamiltonella defensa. In experimental evolution studies it was shown that L. fabarum wasps harbor the potential to rapidly evolve resistance to this symbiont-mediated defense from standing genetic diversity. Dennis et al., (2017) produced experimentally evolved wasp populations adapted to protected (Hamiltonella-positive) and unprotected (Hamiltonella-negative) hosts. These evolved wasp populations served as an excellent basis for examining the unknown genetic basis underlying the ability of evolved wasps to overcome symbiont-mediated defense (counteradaptation). With this study, we aimed to examine the genetic basis of this trait by quantitative trait locus (QTL) mapping, that is trying to find regions of the genome that are associated with the ability to parasitze Hamiltonella-protected aphids. However, in order to construct a sensible crossing scheme, we first had to figure out basics about the inheritance of the counteradaptation. Is it dominant, co-dominant or recessive, and is it controlled by the maternal or the larval genotype of the parasitoid wasp?

With a first simple crossing experiment we could show that the wasps’ ability to overcome symbiont-mediated defense behaves like a recessive trait and is controlled by the maternal genotype. This means that the mother transforms the Hamiltonella-postive host into a suitable environment for the development of its offspring, likely by interfering with the Hamiltonella-mediated defense via the injection of molecules such as venom components, for example, along with its eggs.

The subsequent crossing and phenotyping of wasps in order to conduct our QTL mapping was challenging in multiple ways. A great deal of planning, plant growing, aphid rearing and wasp sexing was necessary to obtain a single-family mapping population of 354 male wasps that were frozen for later DNA extraction after crossing them with females to obtain a phenotyping population of 244 sibships. Phenotyping itself was based on the wasps’ ability to reproduce on Hamiltonella-positive hosts which not only depends on their genotype but also on several variables in the experimental setup we corrected for. Later on, more than a month went into testing protocols for their suitability to extract high molecular weight DNA for ddRAD sequencing from the tiny individual male wasps. After finding ways to cope with these challenges, we were able to find a statistical signal for a region on chromosome 2 in the wasp’s genome containing genes that may be involved in parasitizing Hamiltonella-protected hosts. Among those genes, several are homologues to putative venom genes identified in other parasitoid wasps, making them likely candidates for a functional role in overcoming symbiont-conferred resistance. 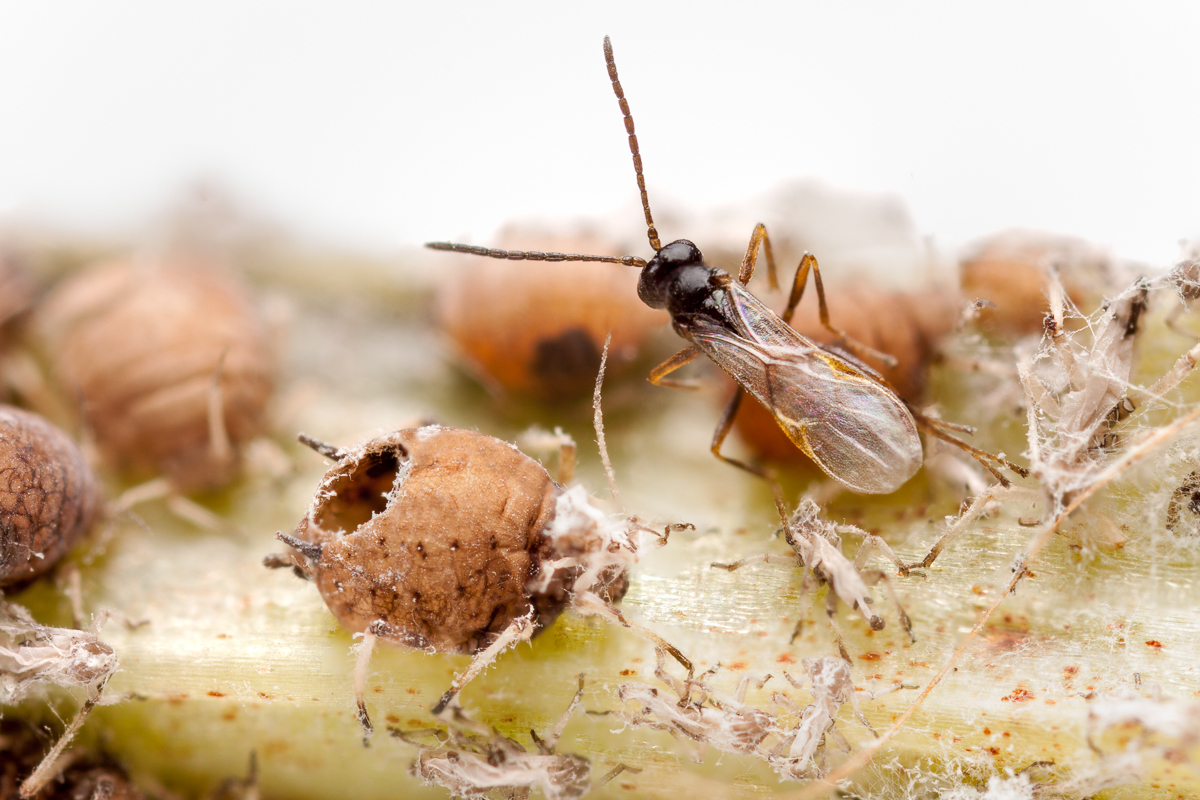