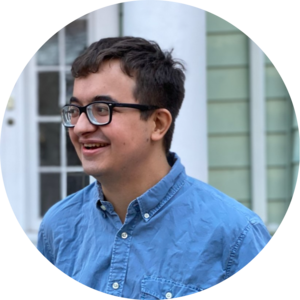 For over 10,000 years humans have been using artificial selection to breed plants and animals with desirable traits.  Just as there are tasks that can’t be carried out by an individual and depend on the collaboration of a team, there are desirable traits (or functions) not found within a single species but instead emerging from the collective action of a diverse community.

Two decades ago William Swenson and colleagues proposed that the functions of whole ecosystems could be improved using artificial selection techniques traditionally used in domestication. Since then a limited number of ‘artificial ecosystem selection’ experiments have been conducted in the lab using diverse microbiomes.

These experiments have selected for very different ecosystem-level traits, which include the induction of early flowering in plants, the degradation of water contaminants, and the ability to alter the development time of embryos. Despite the range of experimental strategies adopted, the success of these experiments has been modest at best, with the long-term effects of selection at the ecosystem level often dwarfed by short-term variability.

In August 2019 we arrived at the Marine Biology Laboratory in Woods Hole to help teach the Physical Biology of the Cell Summer Course. Motivated by a recent set of  “failed” experiments, we decided to see if the students attending that year could help us identify a better approach. We conducted  a ‘tournament of protocols’ where students would design different experimental strategies which we would then test using digital microbial ecosystems.

We wanted to enjoy the local beaches and restaurants, so there was an incentive to automate the simulations for the tournament. Over a few frantic days of computer programming, this desire for automation led us to accidentally code up a python package. Later named ecoprospector, this package allows us to rapidly conduct high-throughput computer simulations of any artificial ecosystem-level selection protocol we could come up with.

When we returned to Yale in Fall 2019 many questions remained unanswered. Why did some of the protocols we tested work so much better than others?  Why did a single round of selection after waiting some time do better than multiple rounds of selection in rapid succession? Why did many protocols succeed at first and then quickly run out of steam?

To answer these questions we sought the help of students taking EEB729 a seminar course on microbial ecology and evolution. Over the fall semester, these students extensively reviewed the literature and summarized all the previous ecosystem level selection experiments allowing us to test them using ecoprospector.

The students helped us realize that previous experimental strategies had been inspired by even earlier work on group selection in small populations of sexually reproducing animals. These strategies were not appropriate for evolving the functions of large and diverse ecosystems of asexual bacteria.

Instead we could achieve success by drawing on the directed evolution approaches that have transformed protein engineering over the past few decades.  Rather than focusing on improving the average function of a population of potentially unstable ecosystems, we propose an algorithmic approach that would allow us  to iteratively search for a single higher functioning stable ecosystem.

Using ecoprospector we showed that a broad range of different strategies inspired by directed evolution can in-principle be used to efficiently steer microbial ecosystems towards higher functions. If these proposed strategies could be applied experimentally it would open the way for a host of exciting applications. Just as artificial selection has allowed us to control the phenotypic traits of animal and plant populations , directed evolution may one day allow us to control the collective traits of complex microbiomes.

This is very interesting and I wonder if you do this also in terms of soil microbiota.

Thank you for your interest. So one of the first artificial ecosystem level selection experiments (Swenson et al 2000, PNAS) was selecting for soil ecosystems that promoted above-ground plant biomass. We definitely foresee the new strategies we have proposed here as potentially applicable to this context, even though there are many added complexities beyond what we explicitly modelled.

I know there is, but we really need urgently some good tools to both "domesticated" soil ecosystems and identify reliable soil microbioma indicators. My group at Plant Soil Ecology is working on introducing microbioma consorcia for better plant production