In the face of population declines, we use population genetics to understand dispersal, connectivity and resilience in the Caribbean vase sponge

The conception of this study lies in the hard bottom habitats of Florida Bay, a shallow lagoon and important nursery habitat located north of the Florida Keys, USA. Here, sponges dominate the biomass, providing shelter for juvenile fish and invertebrates, as well as driving nutrient cycling through their powerful filter feeding. But in the late 1980s, this subtropical oasis began to go into ecological free-fall. Soon, cyanobacterial blooms turned the clear waters of the Middle Keys as green as pea soup, and sponge communities began to experience devastating mass mortalities.

Faced with environmental change, organisms must adapt, migrate, or perish. Adult sponges are sessile, and they have only a short larval phase – a few days at most. Moving to pastures new with these life history constraints may therefore be challenging. Perhaps the key to resilience lies instead in genetic diversity, and the evolutionary potential it provides?

These questions led us to our population genetics study. The distribution of genetic diversity shows us how populations are connected through gene flow, allowing us insight into dispersal capacity, and the effects of seascape features like ocean currents. Furthermore, measuring genetic diversity would show whether Florida’s populations had suffered worrying genetic bottlenecks.

In this study, we focussed the vase sponge, Ircinia campana. This species is found throughout the Greater Caribbean, so we tried to sample its range as much as possible. Clearly this presents certain logistical problems – but a network of passionate scientists, students, governmental agencies and local dive businesses throughout the region generously lent us their support.

In Florida, we surveyed and sampled our way throughout the Keys archipelago as part of a grad student army. Many sites still suffered the effects of ecosystem disturbance, but the Lakes Passage area showed how beautiful hard bottom could be, with sponges huge as truck tyres, gangs of juvenile spiny lobsters congregating under their structure, and snappers and groupers swimming by.

We were also lucky enough to sample from aboard the French research vessel the R.V Antea, as part of a three-week campaign in the Lesser Antilles to uncover patterns of species and genetic diversity throughout the islands coastal waters. Despite some bouts of seasickness, we lived in a state of fieldwork luxury, thanks to the wonderful French chef aboard.

Elsewhere, dive shops and ecotourism projects graciously welcomed us aboard to help in our quest. Although initially amused by the somewhat unglamorous targets for our study, divemasters readily accepted the new challenge of sponge-hunting, a change from spotting the usual charismatic megafauna.

But for every glorious hour in Caribbean waters, a price must be paid in the lab. Samples were painstakingly dissected to remove the abundance of tiny polychaete worms that made their home in the sponge’s labyrinth of canals. PCRs were repeated time and time again –the cocktail of secondary metabolites in sponge tissue act as PCR inhibitors. But finally, the data was ready for analysis.

And what secrets did the data reveal? We found high levels of population structure, and isolation by distance patterns, indicative of distance-limited dispersal. However, our results were also testament to the powers of the waves, with patterns of genetic connectivity and differentiation that correlated with oceanographic features, such as currents and gyres. We found that genetic diversity was naturally high in this species, but at one site in Florida where prior mass mortalities had occurred, signatures of a genetic bottleneck and inbreeding were present. Interestingly, another site with a history of mass mortality didn’t show these signs – this could be due to the dominance of long-shore currents in the area, which could allow rapid recruitment of new larvae and replenishment of genetic diversity.

Conserving species requires a comprehensive understanding of their capacity for resilience in our changing world. Population genetics is an important part of this toolkit, and we hope our results will be useful to restoration practitioners and natural resource managers in the region.

To find out more, please check out our article published open access in Heredity: https://www.nature.com/articles/s41437-020-0344-6 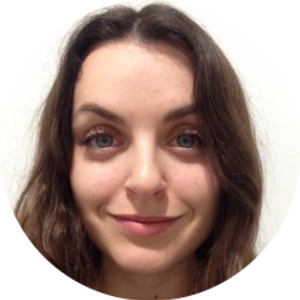