To prevent, halt and reverse the degradation of ecosystems, the UN has declared the Decade on Ecosystem Restoration. Fallow-derived vanilla agroforestry can support the restoration of biodiversity in agricultural lands and provide a profitable alternative to further expansion into old-growth forest.
Annemarie Wurz
Postdoctoral researcher, Philipps-University Marburg
Follow
Like Liked by Jennifer Harman and 2 others
0

Vanilla is a pricy cash crop that is traded internationally. It is mainly used as a flavoring in the food industry. The production of vanilla largely depends on small-scale farmers in the tropics. Madagascar is one of the largest producers of vanilla. Here, vanilla is farmed in small-scale agroforestry. The hemi-epiphytic vanilla orchid is typically grown in agroforests on support trees in combination with shade trees. Vanilla prices are highly fluctuating, ranging from 57 €/kg up to 236€/kg in high phases. This makes vanilla an important revenue for Malagasy farmers. The production of vanilla is concentrated in the humid northeast of Madagascar. Here, vanilla agroforests are situated in a heterogenic agricultural matrix consisting of rice fields, fallows, forest fragments, and other cash crops. Also, lush old-growth forests can be found in this region, harboring exceptional and rich biodiversity of high global importance. Deforestation rates throughout Madagascar are high driven by local as well as international forces. Shifting agriculture, a cultivation practice involving fire clearance, fallowing, and crop production is one of the main drivers of deforestation in the region. The agricultural expansion comes at high costs for local diversity and ecosystem functioning. Agroforestry, especially diversified agroforestry with multiple crops, is often seen as a profitable land use maintaining more biodiversity than other cropland types, in particular monocultures. Up until the beginning of this project, little was known about the effects of vanilla agroforestry on biodiversity as well as its conservation opportunities.

Also in the case of vanilla, plantations are either established by the conversion of forest to agroforests (= forest-derived agroforestry) or by the establishment on fallow land (= fallow-derived agroforestry). In contrast to the degradation of the forest by forest-derived vanilla agroforestry, the conversion of fallow land to vanilla agroforests can rehabilitate important ecosystem functions. Fallow land, forming part of the shifting cultivation cycle for hill rice production, has increased in Madagascar and is widespread in northeastern Madagascar. Simultaneously, Madagascar has lost 44% of its primary forest within the past six decades, urging land-use solutions aligning conservation with agricultural production.

In our study, we quantified the effect of vanilla agroforestry on multiple taxa including trees, herbaceous plants, birds, amphibians, reptiles, butterflies, and ants, and used yield data from 30 vanilla agroforests, to identify yield-biodiversity trade-offs. We assessed the biodiversity value of forest- and fallow-derived vanilla agroforest and compared it with old-growth forest, forest fragments, and fallow land. We differentiated between overall species richness and endemic species richness to account for Madagascar’s high share of endemic species and their vulnerability to land use. To identify biodiversity-friendly as well as profitable strategies of vanilla cultivation, we assessed environmental and management-related variables as drivers of yields and species richness.

To understand the social, ecological, and economic coherences of vanilla production, our research project “Diversity Turn in Land Use Science” consisted of an interdisciplinary research team. The ecological and agroeconomic research collection was led by eight PhD students. Five of us were based in Madagascar and three of us were based in Germany, allowing us to combine a diverse set of skills and knowledge. As a team, we could assess a wide range of taxa and environmental as well as managemental variables. After data collection, funding from the German Academic Exchange Service (DAAD) allowed us to work jointly at the University of Göttingen. Based on this exchange, we could combine biodiversity data of trees, herbaceous plants, birds, amphibians, reptiles, butterflies, and ants as well as yield data to assess the yield-biodiversity relationship in vanilla agroforestry and highlight options for ecosystem restoration.

Our research team found that there was no relationship between vanilla yield with overall species richness. In addition, land-use history mattered for biodiversity but not for vanilla yields, indicating equal opportunities for profitable agroforestry on fallow land without the need to further degrade forest. Particularly endemic species benefited from the establishment of vanilla agroforestry on fallow land: We found overall 38% more endemic species in fallow-derived vanilla agroforests than on fallows. In contrast, agroforests established in forests supported overall 23% fewer species and 47% fewer endemic species than old-growth forests, and 14% fewer endemic species than forest fragments. Yields increased with more and longer vanilla plants. Non-yield-related variables such as landscape forest cover and canopy closure largely determined biodiversity. Nonetheless, trade-offs existed between yields and butterflies as well as reptiles.

What are the motivations and barriers for farmers?

This conversion of fallow land to fallow-derived vanilla agroforests is associated with strong gains in profitability. Despite these benefits, multiple factors may prevent smallholders from establishing fallow-derived vanilla agroforests. Firstly, they may need the land for subsistence farming in the future. Secondly, labor inputs for vanilla farming are high (vanilla needs to be guarded, hand pollinated, dried, etc.) and farmers need to spare labor for these tasks and have less time for rice cultivation which is indispensable for their subsistence. Thirdly, vanilla plants bear their first beans only three years after planting, thus there is a time in which farmers don’t yet have benefits. Fourthly, vanilla prices strongly fluctuate making it for the farmers very challenging to plan and this prevents farmers from specializing in vanilla cultivation. Fifthly, vanilla cultivation can be very dangerous. Theft of the high-priced crop is common and is threatening the lives and income of farmers. Lastly, certification schemes like Rainforest Alliance offer minimum wages to farmers but are harder to get for farmers of fallow-derived agroforests because they require a rich and native tree cover.

To support the establishment of fallow-derived vanilla agroforestry contractual arrangements which offer farmers food aid, credits, income stability, and premium prices, particularly for the first three years of vanilla cultivation, are needed to persuade farmers to focus their vanilla growing on fallow land in addition to the indispensable subsistence agriculture. 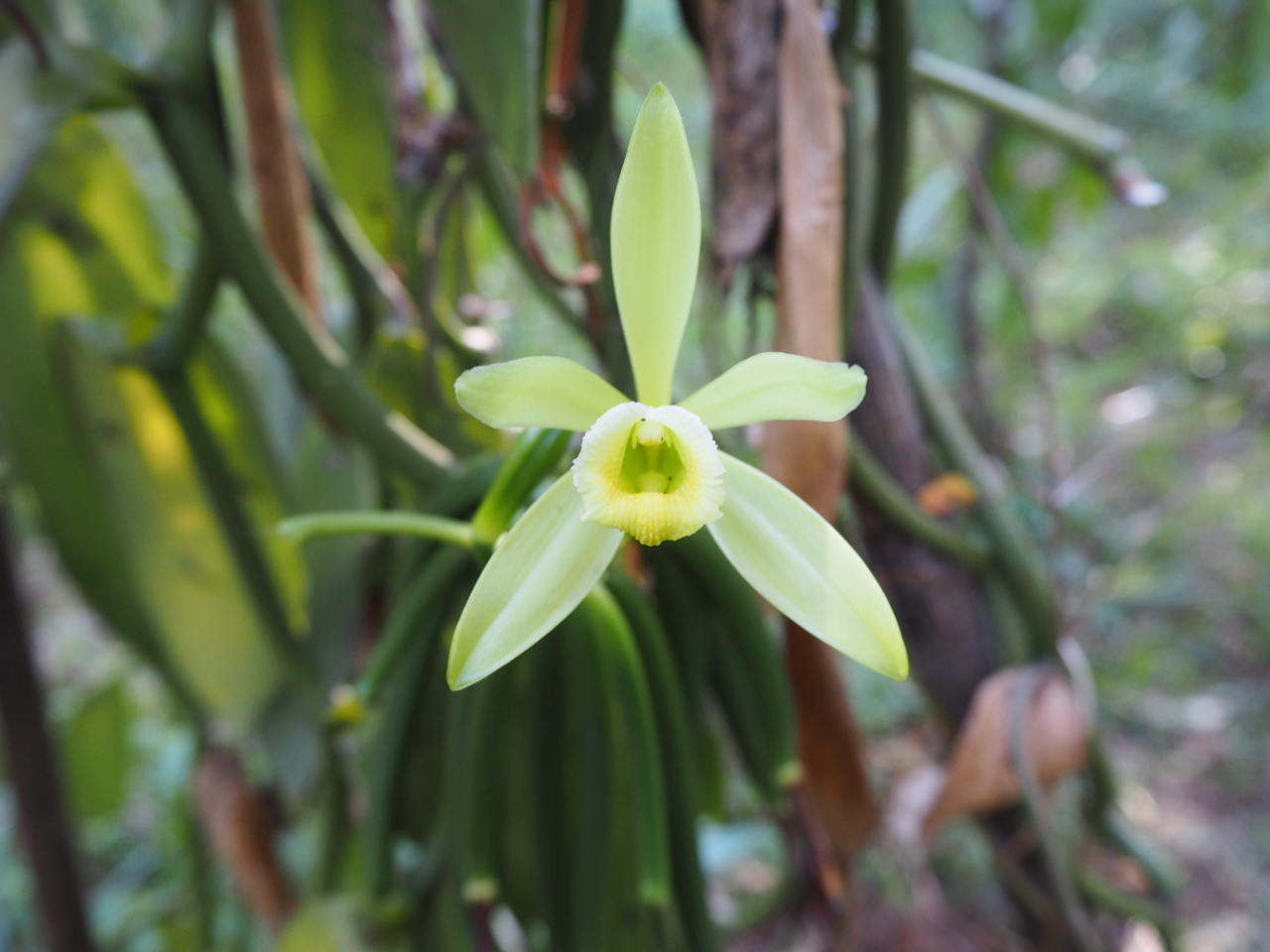 To prevent, halt and reverse the degradation of ecosystems, the UN has declared the Decade on Ecosystem Restoration. Fallow-derived vanilla agroforestry can support the restoration of biodiversity in agricultural lands and provide a profitable alternative to further expansion into old-growth forest.