In a recent paper we showed that dizygotic twinning in humans is the byproduct of a conditional strategy: ovulate a single ovum when young and switch to more frequent double ovulation with increasing age. Here’s how the paper came together.

Rebecca Sear (a demographer) is the only one of the authors to have previously studied twinning in humans.  After reading her paper on twinning in a Gambian “natural fertility” population, Joe Tomkins (an evolutionary ecologist) emailed Rebecca suggesting that her idea of twinning being conditional on maternal quality could be modeled.  Joe and I (an evolutionary geneticist) had previously collaborated on studies of conditional strategies, he invited me to participate.  I had done some earlier modelling with my colleague Rick Smock (a mathematician), whom I recruited. Bob Black (an ecologist) joined Joe to write a simulation that, along with the mathematical model, would ask which would have the greatest lifetime reproductive success, single or double ovulating throughout one’s reproductive life, or a conditional strategy of starting out single ovulating, and then switching to double ovulation.

The scientific literature on twinning is enormous. An important point of entry, was the byproduct hypothesis proposed by David Anderson as the “insurance ova hypothesis,” which views “human twins as an error occurring at low frequency in a system that compensates for embryo mortality.”  As we read more literature two things became apparent: (1) twinning is exceedingly rare, but increases with maternal age (that it then decreases was less strongly emphasized), and (2) as women age fertility decreases. We thought that the increase in twinning rate with maternal age might reflect an increase in double ovulation.  As Anderson suggested, this would serve as an adaptive offset to the decrease in prenatal survival.

Why would natural selection have favored such an ovulation strategy?  We constructed a simulation and mathematical model that estimated the lifetime reproductive success of women that always single ovulate, always double ovulate, or switched from single to double ovulation at different ages between the start and end of reproduction. We constructed these using Rebecca’s estimates of twin, singleton and maternal survival rates in the Gambia, and estimates of prenatal survival rates at different developmental stages from an analysis of over one million pregnancies in Denmark. The results were clear; the strategy that had the greatest reproductive success was one where women switched from single to double ovulation at about age 25.

We also found that women always double ovulating but only birthing singletons had greater lifetime reproductive success than women playing the conditional ovulation strategy, with a chance of birthing twins as a byproduct. Why this superior strategy has not evolved in humans is the subject of future research.

A video summary of the paper can be found here. 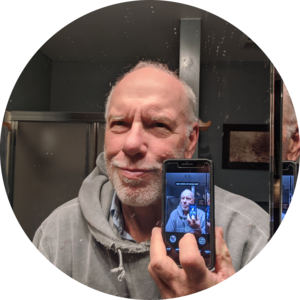