By comparing microbial environments from different locations in the human body, and from different geographical locations of sea sponges, a trade-off between the richness of species and their interactions' complexity is observed, which is a necessary stability criterion predicted by Robert May.
Guy Amit
PhD Candidate, Bar-Ilan University
Follow
Like Liked by Gao Jianguo
0

After developing a method to infer network complexity without knowledge of underlying species interactions, the authors show that, in several types of microbial communities, an ecosystem’s stability constrains its complexity.

Can’t we all just get along? The short answer is no. When a group of people becomes too large, small conflicts can arise which cause a collapse of the social structure. Robert May has predicted, in his seminal paper [1], a similar phenomena in natural ecosystems. When an ecosystem has too many species, or when their interactions (connectance) are too intense, the system becomes unstable. Therefore, when observing different ecological systems, we expect them to be below a stability limit (see Figure 1). Our goal was to find empirical observations for this predicted stability limit.

To test this theory we need to compare a large collection of different ecosystems. Then, we will need to estimate the number of species and the connectence of each ecosystem. Finally, we will need to search for statistical hints that there is some stability line in the connectance-richness plane for which the systems cannot exist above it. In other words, we will need to observe if the high-richness systems tend to have a low connectance and vice-versa.

The obvious step would be to send graduate students to different parts of the world, have them count the number of species they observe in jungles, savanas, plains and forests, and have them map the interactions between the resident species. Once they are finished, we will have them send the results back to our nice and quiet office, and search for this elusive stability criterion. Sounds easy right? As you can imagine, our physics department would be reluctant to fund such an ambitious project. So what can we do instead? Our problem is three-fold: (1) How do we find suitable data to test this theory? (2) How do we estimate the number of species in the data? (3) How do we evaluate the connectance of the system?

Fortunately for us, the recent developments in metagenomic sampling of microbial communities provided us with not only suitable data, but one that represents some of the richest ecosystems on Earth. The Human Microbiome Project [2] and the Sponge Microbiome Project [3] are excellent testing grounds for the complexity-stability hypothesis. We consider the different sampling locations on the human body as representing different ecological environments. Likewise, different geographical locations of sea sponges also represent different microbial ecosystems. After some data cleaning, we are ready to evaluate (2) and (3) – The number of species and the connectence of the ecosystems. For metagenomic data, calculating the richness of the samples is already a well known problem with some established solutions, for example, the Shannon Diversity Index (In our work we compared the results from several different indexes).

The third issue, estimating the connectance, is where the real challenge lies. Conceivably, it will be possible to estimate the connectance from the species-to-species correlation network. Typical metagenomic data may contain thousands of taxa, a ridiculously large number compared with the characteristic number of samples, which is in the order of dozens, rendering a complete network inference extremely challenging. However, what if there was a way of estimating the connectance alone, without inferring the complete network of interactions, in a ‘top-down’ manner? You will probably not be surprised to hear that there is such a way.

Using a method called the Dissimilarity-Overlap curve [4], we can extract a parameter which acts as a proxy to the connectance. Simply put, this is what it does. Imagine that the species have no relationship between them at all, and observe the communities of the gut microbiome from two different individuals, A and B. The species assemblage of the two individuals will have some overlap, i.e., person A and person B will have some percentage of shared species, but also some species will be unique to each individual. If the species are not interacting, we will not expect for the shared species to be that much different in their abundance between the individuals, since their growth would be mostly determined by their intrinsic dynamics. In other words, the dissimilarity between the shared species would be independent of the overlap between the species assemblages. Conversely, if the species are highly influenced by each other, then even a small change in the species assemblage can cause a large difference in the abundance of the shared species. In this case, the dissimilarity is strongly related to the species overlap. We can estimate this effect by calculating the slope of the dissimilarity-overlap curve in the high overlap region, which gives us a proxy to the connectance of the systems. All this without constructing a correlation network!

Finally, after confirming this proxy with simulated data, we have observed the existence of a complexity-stability tradeoff in human, sponge and even the combined human-sponge ecosystems (Figure 2). When many microbial systems coexist in the system, their interactions appear weak. When a few microbial species exist, their interaction can (but not must) be strong. 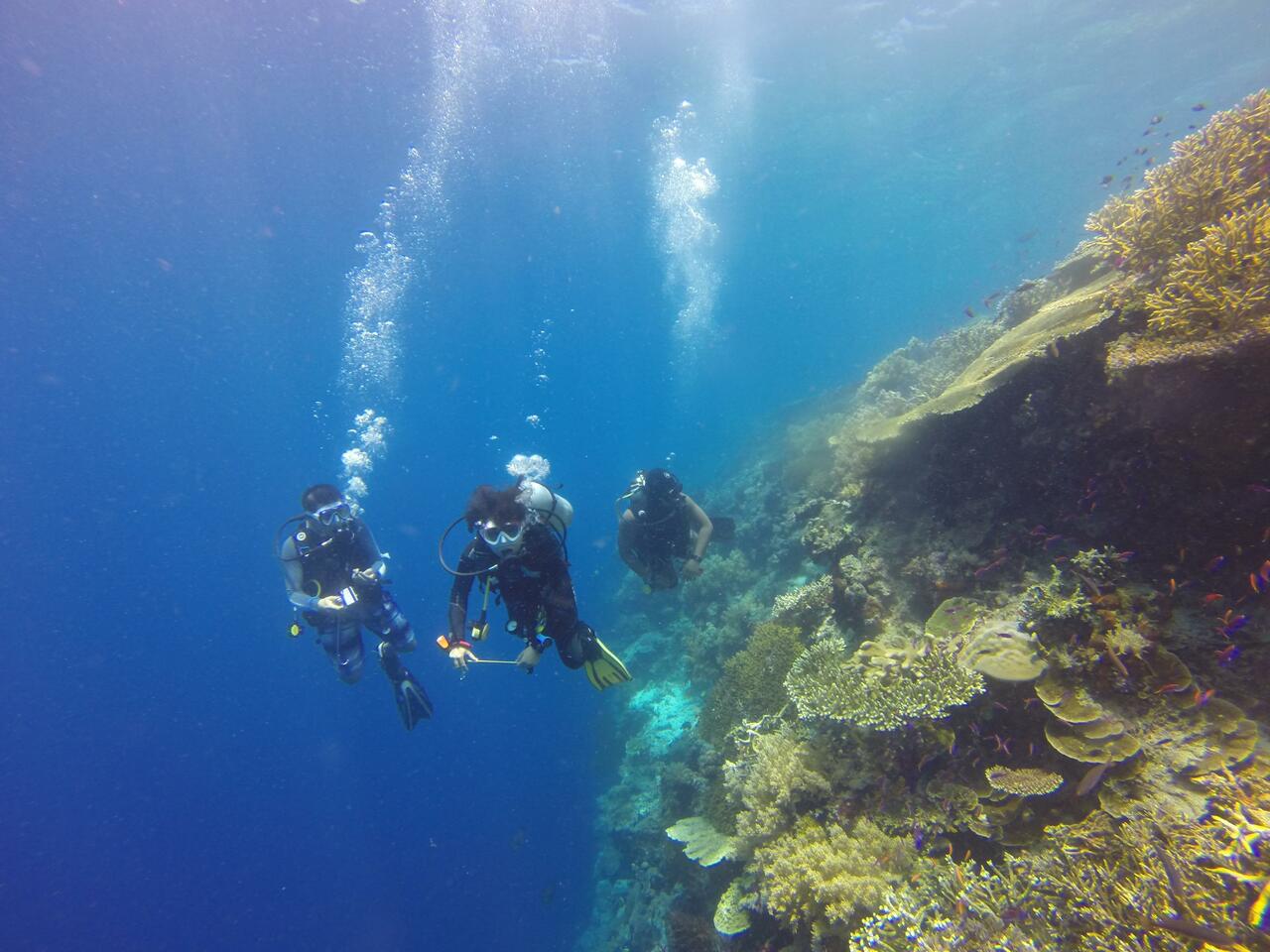 By comparing microbial environments from different locations in the human body, and from different geographical locations of sea sponges, a trade-off between the richness of species and their interactions' complexity is observed, which is a necessary stability criterion predicted by Robert May.