If Neandertals had a bone to pick, which would they choose?

Naomi L. Martisius
NSF-SBE Postdoctoral Research Fellow, The University of Tulsa
Follow
Like Liked by Ruth Milne and 2 others
0

Obtaining positive results from what seems like an empty plastic container is the closest I’ve ever come to magic in archaeology. When a bone is placed in a plastic bag or box, some of its microscopic collagen molecules stick to the plastic surface, thanks to static energy. We can’t see these molecules, but they are there, and depending which molecules are transferred, they might provide enough information to allow us to determine which animal species the bone came from.

The first time I encountered this idea was when I was sitting in a conference room listening to a talk from a University of York team that employed Zooarchaeology by Mass Spectrometry (ZooMS), a method for identifying the genus or family level of animal remains, in precisely this way. The talk described their non-destructive sampling method and the surprising positive results they obtained from Iroquoian bone tools (Subsequently published in McGrath et al. (2019)). At that moment, I could sense how several of my colleagues, who were sitting in the same room with me, and I were coming to the same conclusions—we needed to try this on the bone tools (classified as lissoirs or smoothers) that I had been studying for my dissertation! Within weeks, I had made a plan with Frido Welker to test the plastic membrane boxes that were holding 50,000-year-old Neandertal-made bone tools.

Objects made from bone are extremely rare in Neandertal contexts, which for a long time led researchers to believe that Neandertals lacked the capability to make these types of tools. For most of their existence in Europe, Neandertals typically used bones as expedient tools (e.g., to sharpen a stone tool’s edge), but did not necessarily manufacture bones into specific objects. With these lissoirs, it appears that Neandertals transformed animal ribs to suit a specific need—in this case, to work animal skins. Finding out which animals these bones came from is an important part of understanding the tool-making behavior in full.

Having the option to use an entirely non-destructive ZooMS method to assess which species the bone tools were made from is especially important when dealing with small fragments like the Neandertal-made lissoirs. Because they are so rare and fragmentary, conventional destructive methods would never be allowed, and even if they were, I doubt many researchers would jump at the chance to damage such important artifacts. Thankfully, we can easily test the plastic containers that these bone tools were stored in using a chemical solution rinse that attracts and incorporates microscopic collagen molecules. This solution is then processed like any other ZooMS sample.

I remember anxiously anticipating our first results. There were so many unknowns. Yes, the other team had gotten results from bones that were a few hundred years old, but were we crazy to try this on bones that came from animals that died 50 millennia ago? Would enough collagen be preserved? We were beyond excited when we received the first results: all four bone tools from one of the sites, Abri Peyrony, were attributed to aurochs or bison. Unfortunately, we never obtained positive results from the bone tool at the other site, Pech-de-l’Azé I, which included three separate sampling attempts. Luckily, though, our positive results allowed us to move forward with our analyses.

The author (center) working at the site of Abri Peyrony where four of the lissors were found.

The first question on my mind (and everyone else’s) was that of contamination. How could we know that the collagen we tested actually came from the bone tools, and not some external material? This was a huge consideration for us, and we took careful steps to ensure that our samples originated only from the bone tools. Our tests included ruling out any material other than ancient bone and checking to make sure no contaminants were transferred during the process of excavating, washing, cataloguing, and storing the bone tools. Once we were confident in our results, we decided to address some very interesting questions about Neandertal raw material selectivity.

Example of non-destructive MALDI-TOF-MS spectra. (a) Membrane extraction blank. (b) Washing control. (c) Lissoir (AP-4209) from Abri Peyrony. The top row displays the complete spectrum in the m/z range 1000-3500. The bottom row displays a close-up view of the m/z range around peptide marker P1 (1105 m/z) and A (1208.6 for Bos sp./Bison sp.). Note the difference in peptide intensity between the controls and the lissoir.

I compared the species profile of the lissoirs to the overall faunal profile from the archaeological layers that preserved the bone tools. All of the lissoirs were made from aurochs or bison ribs, but these large bovids made up a small portion of the overall faunal assemblage. In the layer that preserved the most lissoirs, 90% of the faunal assemblage was actually reindeer. This suggests that even though reindeer were their primary prey and likely more available on the landscape, Neandertals still chose ribs from larger animals for making lissoirs, which would have been stronger and more resilient when working animal skins over and over. This result shows more than just opportunistic use of bones for tools. Rather, Neandertals strategically selected raw material based on its physical properties.

Species composition by the number of identified specimens (NISP) of the layers that preserved the lissoirs at Pech I and Abri Peyrony (AP). Specimens not identified to species, such as medium and large ungulates (ung), are depicted with diagonal stripes between their most likely attributed species. Lissoir depictions courtesy of Anna E. Goldfield.

Being able to answer questions I never knew I could ask is a kind of magic all its own. I’m excited to see how the non-destructive ZooMS method progresses and what other questions it may resolve.

I am very grateful to Frido Welker, Teresa E. Steele, Shannon P. McPherron, and Anna E. Goldfield for their contributions to this post.

I am a Paleolithic archaeologist focused on assessing aspects of human evolutionary behavior through different zooarchaeological methods. I am interested in analyzing bones manufactured and used as tools in an attempt to understand the relationship between technologies made by various hominin groups. 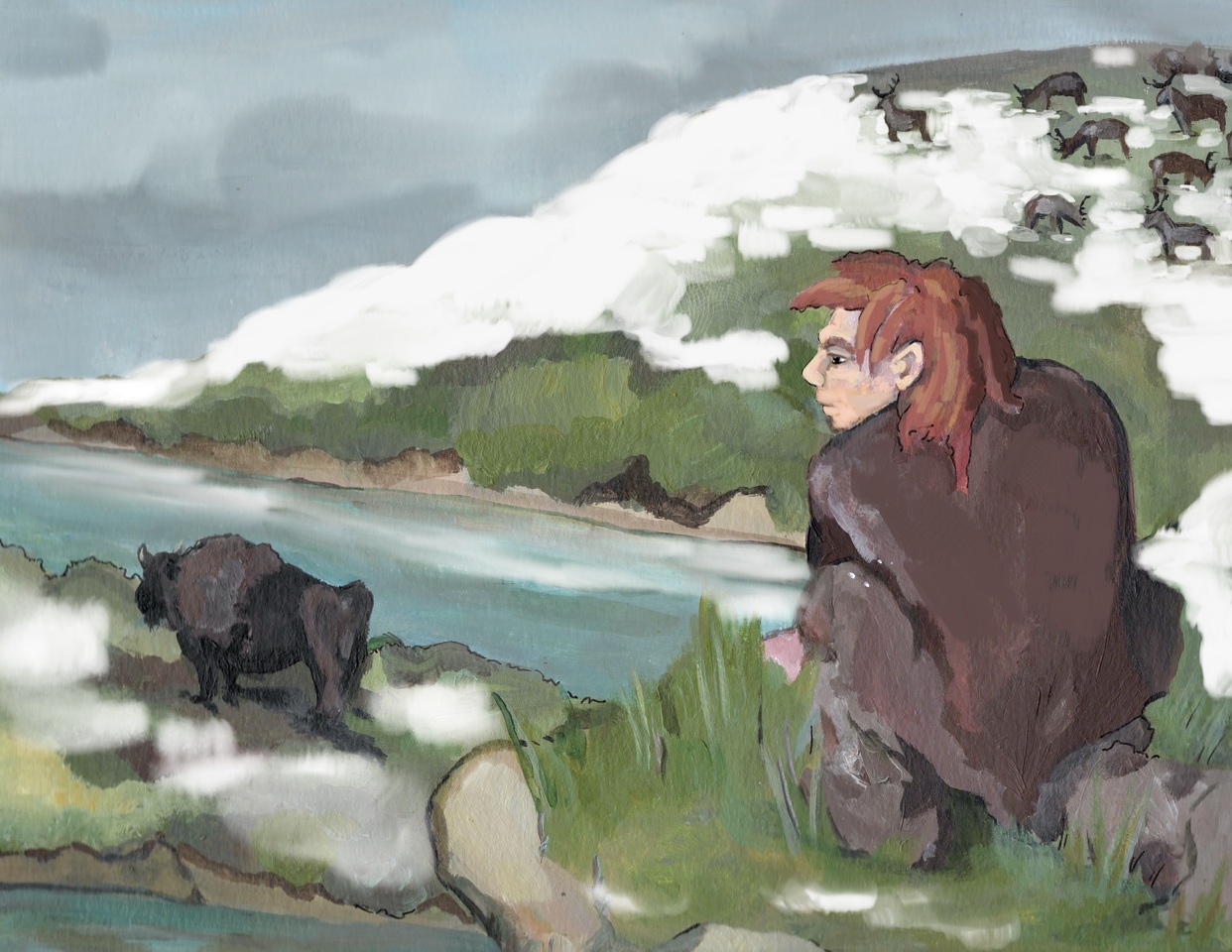 If Neandertals had a bone to pick, which would they choose?