Inner ears give a unique insight into ancient crocodile relatives

Thalattosuchian crocodylomorphs are a prime example of a major evolutionary transition. Their sensory organs, such as the inner ear, give a very unique insight into their transition from terrestrial ancestors into the ocean.

My fascination for inner ears started very early in my scientific career, and is due to the fact that inner ears are not only a key sensory system, but can also give us a very unique insight into ancient animals’ ecology and evolution. Other than hearing, this sensory system is involved in balance and equilibrium. The shape and size of the vestibular system of the inner ear, consisting of the three looping semicircular canals and the vestibule, are related to the sensory and locomotor challenges that every animal deals with in a specific environment. For instance, it is generally assumed that animals with larger semicircular canals have a faster type of locomotion and are generally more sensitive to their environment.

However, on a long-time scale when animals move into new habitats their sensory systems need to change and adapt to those new environments. One prime example is the transition from land into the ocean. This happened multiple times during the evolutionary history of vertebrates, most recently in cetaceans, whales and dolphins, just about 50 million years ago. But the same transition also happened much earlier in the Mesozoic – the Age of the Dinosaurs – when various reptile groups such as ichthyosaurs, mosasaurs and pliosaurs, adapted to live in the ocean. Independently from one another, all these animals modified their body (e.g. limbs turned into flippers) and sensory systems to morph from a terrestrial to an aquatic lifestyle.

A rather obscure example of such an evolutionary transition occurred in a widely unknown unique group of crocodyomorphs (a reptile group which includes modern crocodiles and their close fossil relatives), called Thalattosuchia. The first crocodylomorphs originated about 230 Million years ago and were small land living creatures. From these terrestrial ancestors thalattosuchians gradually moved into semiaquatic environments and then, into the ocean. Thalattosuchians’ land-to-water transition began in semiaquatic environments, with the teleosauroid subgroup in the Early Jurassic (183 Ma). Just a few million years later, the first metriorhynchis became supremely adapted to a life in the open ocean. They changed their limbs into flippers, lost their bony armour and even got a tail fluke for fast swimming. And, as our recent research published in PNAS has shown, their inner ears shape also changed dramatically.

To better understand these animals and their transition into the ocean, we collected a huge dataset of Computed Tomography (CT) scans of ancient and modern crocodylomorphs, working with colleagues around the world. These modern, non-invasive imaging techniques allow us to study the inner ear and other sensory systems that are hidden in the skull. We spent hours, days and weeks looking at those scans, identifying the three looping semicircular canals of the bony labyrinth, the cavity where the actual sensory organ of the inner ear sat while the animal was alive. After the somehow therapeutic procedure of highlighting this structure slide by slide, we got a three dimensional labyrinth model at the end. By comparing the labyrinths of various fossil and modern crocodylomorphs, we identified three different shapes that strongly correlate with the animal’s favourite habitat-preferences (terrestrial, semiaquatic, pelagic).

The bony labyrinth of marine thalattosuchians turned out to have certain similarities with other marine animals such as pliosaurs and turtles, but also whales and dolphins. The three semicircular canals of the pelagic metriorhynchids are thicker and more compact than the ones of their land living relatives. This isn’t surprising as living in the ocean puts different demands on an animal and the inner ear. Pressure difference, reduced gravity and the fact that the animal can perform more complex body movements in the water, likely contributed to the acquisition of a more compact bony labyrinth. Interestingly those changes happened after thalattosuchians changed their skeleton for aquatic locomotion, contrarily to whales that changed the shape of their inner ear before evolving flippers and their characteristic tail. This intriguing finding shows that the inner ear gives a very unique insight into ancient animals and is key to understanding how they lived and evolved.

The paper has been published in: 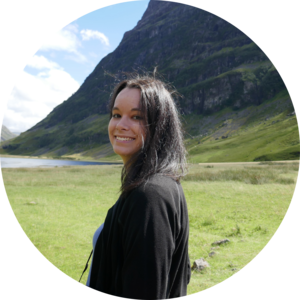