The importance of species interactions in eco-evolutionary community dynamics under climate change.

How do species respond when climate is changing and the temperature is increasing? Moreover - how does the response affect the complicated webs of interacting species? These were questions presented to my classmates and me during my Master's education, by Jon Norberg. He and his colleagues had just created a framework with multiple species existing on a spatial gradient, able to interact as well as to disperse and adapt, in response to altered local conditions. I was intrigued by their findings, and instantly wanted to develop this idea. For example, they handled species interactions in a convenient but rather simplified manner, with lots of room for further exploration.

This became the starting point for my Master's thesis, conducted together with Bo Ebenman and Alva Curtsdotter. However, our model still lacked some essential parts. A while later, when I had started my PhD education, György Barabás joined the lab of my supervisor Anna Eklöf. With our combined skills, we transformed the model to what it is today.

What we wanted was a more detailed and realistic depiction of species interactions, while still allowing species to move across the landscape as well as adapt to the altered local conditions. Therefore, we made two main developments focusing on species interactions, separating our study from earlier eco-evolutionary models. First, we included interactions both within and between trophic levels. Thus, primary consumers experience intra- and interspecific competition as well as consumption from a predator. Second, we allowed interspecific competition to change based on the individual temperature optima of each species co-existing in a patch. The basic idea behind this temperature-dependent competition is that each patch in the larger spatial landscape consists of multiple potential microhabitats. These microhabitats can have slightly different temperatures than the average of the patch. Two co-existing species with similar temperature optima will experience strong competition, while less similar species will find a niche and compete to a lesser extent. However, there's always a trade-off present; if a species' temperature optima is too far off the local average, their local growth rate will decrease.

These extensions added a more realistic depiction of species interacting under climate change, but I must admit it was a challenge to get everything up and running correctly in the model. However, with time and some necessary iterations catching small coding errors leading to not-so-small mistakes, we were finally ready to analyze our results. We quickly realized that indeed, our more complex interactions certainly had an impact when placed in an eco-evolutionary setting. In particular, temperature-dependent competition affected both species distributions and global trends and we observed higher levels of coexistence, lower levels of species turnover and fewer global extinctions. Even though we also observed an effect from species' ability to disperse to new habitats and adapt to new local climates, the influence from temperature-dependent competition was as influential.

We also explored the response capacity of our communities. A well-performing community, able to sustain biodiversity under altered climatic conditions, has a high trait dispersion and low trait lag. We found that temperature-dependent competition drives higher trait variation, and more responsive communities able to respond fast and accurate to climatic change. Species ability to exploit different microhabitats within the same patch thus turns out to be an important factor affecting the overall outcome following altered local conditions.

Finally, I'm very happy to say that our eco-evolutionary modeling framework is easy to implement and fast to execute on an ordinary desktop computer. More details can be found in our paper, and the code is available here.

Feel free to check it out! 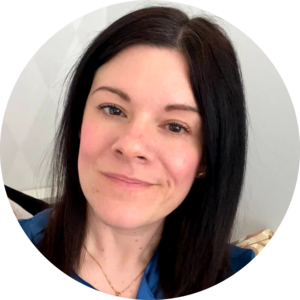