A community from Nature Ecology and Evolution
Contributor
News and Opinion, From the Editors

npj Biodiversity is now accepting submissions. We seek to publish research papers, reviews and synthesis in all aspects of ecology and evolution, and to promote diversity and good practice in biodiversity research, following a slow-publishing model.
Joaquín Hortal
Scientific Researcher, MNCN-CSIC
Follow
Like Liked by Arianne Heinrichs and 2 others
0

Biodiversity is the variation of life at all levels of biological organization. The study of biodiversity thus encompasses the complexity of life across scales, from molecular differences between individuals to the functioning of ecosystems or the origin and distribution of biomes. To tackle such a variety of phenomena, current research on biodiversity encompasses a wide range of topics investigated with observational and experimental data from field and laboratory studies, complex statistical analyses, and theoretical models. So besides specialized journals, advancing our understanding of biodiversity requires multidisciplinary platforms that allow communicating key results of general importance, thus enhancing discussion and synthesis.

The new open access journal npj Biodiversity  aims to provide a common place for presenting and discussing the research of ecologists, evolutionary biologists, palaeontologists, freshwater and marine biologists, conservation practitioners, microbiologists, bioinformaticians, theoretical modellers and global change researchers, among others. Thus, we seek to publish articles across the range of biodiversity science, ideally papers with a multidisciplinary perspective (see our Aims & Scope). Plus, we would like to encourage synthesis and discussion, which we feel may help advance biodiversity research. We will do so by allowing fair and well-grounded speculation and civil discussion in research papers, as well as in thought-provoking Reviews and Perspectives on controversial topics. We seek to follow a ‘slow-publishing’ model, where well-reasoned arguments and hypotheses can be developed and exposed to the scientific community for discussion.

We are particularly concerned about the impact that the social biases of scientists and the highly competitive academic environment may have on our research and interpretation of the results and the well-being of researchers. Geographic and demographic inequity, in combination with the current 'publish or perish' paradigm, can impose a burden for the intellectual freedom of biodiversity scientists and, worst, for their integrity. Therefore, the editorial board of npj Biodiversity is committed to promoting a truly diverse, fair and healthy environment in biodiversity research and good practice in academic publishing.

npj Biodiversity is already accepting submissions, with the aim of publishing the first content later in the year. We hope that you will consider sending your biodiversity-related research to this journal, and for discussion and synthesis in all aspects of ecology and evolution.

My main research aim is to understand why biodiversity is distributed the way it is in space and time. I am particularly interested in community structure and the processes that drive the spatial and temporal dynamics of ecological assemblages. My current work seeks unifying into a single framework the different hypotheses about the origin of geographic gradients of biodiversity and community dynamics; in particular, the interplay of niche and coexistence as determinants of species co-occurrence, and the concurring effects of the evolutionary history of species, glaciations and current climate. I also work on assessing and accounting for data-driven uncertainty in biodiversity analyses. 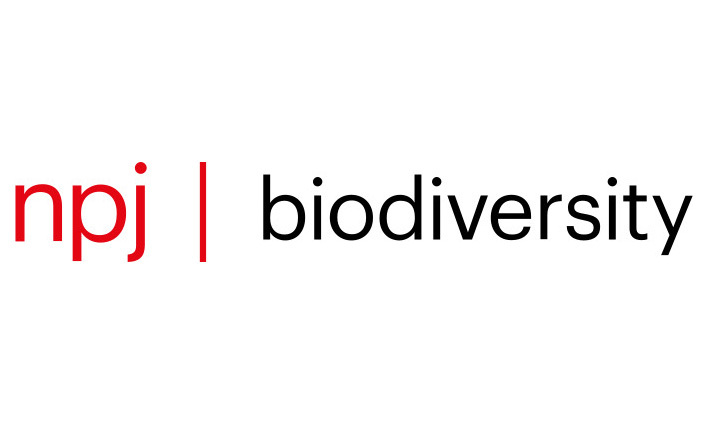 npj Biodiversity is now accepting submissions. We seek to publish research papers, reviews and synthesis in all aspects of ecology and evolution, and to promote diversity and good practice in biodiversity research, following a slow-publishing model.