Iron sulfur (FeS) clusters catalyse CO2 reduction in the metabolism of extant microorganisms. They are coordinated and utilised for this purpose within complex protein structures. But could simpler versions of these cofactors have performed a similar task at the origin of life? 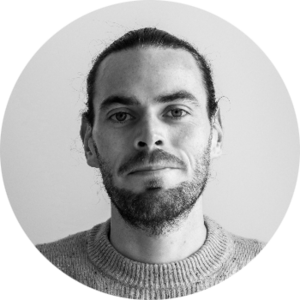 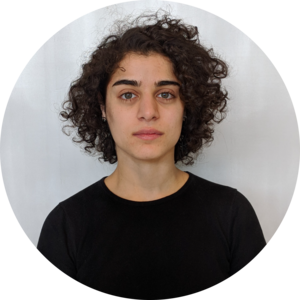 FeS proteins are fundamental to some of the most basic processes in life. Ferredoxin harbours two FeS cofactors and, alongside another FeS protein, like energy converting hydrogenase (Ech), enables CO2 fixation in ancient autotrophic pathways such as the Acetyl CoA pathway. This is a strictly anaerobic pathway replete with transition metal clusters (1). Moreover, it is used for both carbon and energy metabolism, which could then undergo evolutionary specialization into distinct, dedicated pathways of independent carbon and energy metabolism (2, 3). Because the cofactors catalyse the redox chemistry, FeS clusters are likely to have been among the first catalytic structures enabling CO2 fixation in early cells (4). Yet despite the importance of FeS proteins, little is known about how the FeS clusters themselves arose in a prebiotic world.

Deep sea alkaline hydrothermal vents on the early Earth were likely composed of FeS minerals such as mackinawite and greigite. These minerals are capable of facilitating simple chemical reactions similar to what we would expect in a primitive metabolic pathway (5, 6). But how does this mineral-based catalytic ability become part of a functional, living cellular organism? The steps from a purely inorganic world of FeS minerals to metabolism, specifically the processes reliant on FeS proteins capable of electron transfer (7), represent a most pressing gap and one which captured our interest. This gap could hypothetically be crossed by individual FeS clusters formed from dissolved inorganic iron and sulfur in the early ocean which are chelated by prebiotic organic molecules in solution; an idea that has long captured scientists’ imagination (8). In fact, the structure of these clusters is remarkably similar to the structure of hydrothermal vent minerals.

Although there is a substantial body of work investigating the formation of synthetic FeS clusters, the majority of this research utilised solvents and reagents that are incompatible with an origin of life scenario (9). More recently there have been some promising advances towards prebiotic FeS cluster formation whereby clusters were coordinated by short peptide molecules (10, 11). These clusters could then be incorporated into model membranes where they facilitated the generation of a pH gradient (12). Synthesis of peptides under prebiotic conditions however remains a challenge. Moreover, it is likely that primitive metabolic pathways would have been operational in a monomer world prior to the appearance of peptides (13). In this case, could monomer-chelated FeS clusters have existed that could catalyse reactions as part of the metabolism of the first living organisms? This was exactly the question that we were aiming to answer.

Amino acids were almost certainly present on the early Earth. We know this because they have been detected in meteorites and also synthesised in prebiotic laboratory experiments (14, 15). Still, a prebiotic synthesis pathway for cysteine remains elusive, although significant progress has been made towards this goal (16, 17). Nevertheless, we know that the primary amino acid involved in FeS cluster coordination in extant proteins is cysteine. For this reason, it is most likely that cysteine would also have chelated clusters in a prebiotic world. In our recent Nature Communications paper (18), we show that low millimolar concentrations of cysteine combined with inorganic iron and sulfur in an aqueous solution under anaerobic conditions can do just that. Adjusting the pH of the solution to above pH 9 - analogous to alkaline hydrothermal vents on the early Earth - deprotonated the thiol group on the cysteine molecules. This thiol was then capable of coordinating the iron and sulfur into a variety of mineral clusters (e.g. mononuclear Fe, 2Fe2S, 4Fe4S) as evidenced by UV-Vis and Mössbauer spectroscopy. These monomeric cysteine-chelated FeS clusters may represent the first ever metal cofactors.

Our paper focused on structural characterisation, leaving space for us to investigate the electrochemical properties of these synthetic FeS clusters. Our cyclic voltammetry analysis showed that the clusters had reduction potentials in the range of modern ferredoxin proteins; yet their ability to catalyse chemical reactions as part of a prebiotic metabolism remains to be seen. In extant systems, the reduction potential of two 4Fe4S clusters in Ech is pH-dependent, facilitating electron transfer from H2 to Fd - a property we are keen to explore experimentally. Though these peptide-coordinated clusters have been shown to generate their own pH gradient across a membrane12, we hope to investigate whether cysteine-coordinated FeS clusters could harness existing, geochemically sustained proton gradients. The association of FeS clusters with protocellular membranes (19) could enable the chemiosmotic coupling that can reduce CO2 directly in the cell, driving autotrophic growth. This could have been one of the first key steps towards the emergence of life!