Is the growth-mortality trade-off a general law of tropical forest ecology?

Using demographic data for 1,111 tree species across ten tropical forests, the authors test the generality of the growth–mortality trade-off, finding that it holds in undisturbed but not disturbed forests.

John Lawton famously asked, “are there general laws in ecology?” (Lawton 1999).  In fact, a good number of ecological patterns that many ecologists think of as laws have not been rigorously tested for their generality.  Moreover, rarely do we understand the underlying causes for such ecological patterns, often because the mechanisms involved are challenging to quantify and involve complex interacting physiological processes.

One such ecological pattern that has risen to the level of a law in the minds of many forest ecologists is the growth-mortality trade-off, in which tree species that grow quickly tend to have high mortality rates, and tree species that grow slowly tend to have lower mortality rates.  The growth-mortality trade-off has a widely accepted, intuitively satisfying explanation: it is the emergent demographic consequence of differences among tree species in how they allocate resource currencies, for example how carbohydrates and nutrients are allocated to different functions. Some species prioritize allocation of resources to functions that promote fast growth (such as photosynthesis or building leaves; Figure 1), whereas others prioritize allocation to functions that enhance survival (such as making damage-resistant tissues or synthesizing chemicals that defend against enemies; Figure 2). Just as with the currencies in our own personal bank accounts, allocation of resource currencies within trees is a zero-sum game.  That is, allocation to growth-promoting functions curtails other functions, generating a gradient of investment in growth versus survival along which tree species align, known as the growth-mortality trade-off.

Several studies have examined the growth-mortality trade-off in individual forests, but prior to our study, neither the pattern nor the underlying processes producing it had been rigorously examined for ecological generality.  Any robust test of ecological generality requires multiple sets of data collected using similar methodology and at sufficiently large spatial and temporal scales from natural systems spanning a range of environmental and biogeographic scenarios.  Of course, few data sets in the world can satisfy such criteria, but for research topics in forest science, the data collected by the Smithsonian ForestGEO network of permanent forest dynamics plots do.  Initiated by the pioneering vision of Stephen Hubbell and Peter Ashton, the ForestGEO network has a long history (See Davies, et al. in a forthcoming issue of Biological Conservation).  Like any network, its strength lies in its nodes and connections: the knowledge, wisdom, and tireless dedication of network partners to forest science have enabled the collection and synthesis of data on over 7,000,000 trees in 72 forests across 27 countries.

Our paper arose from ideas that I had been incubating for some time – exactly how do fundamental resource allocation trade-offs (that operate at the individual level) translate into emergent patterns of covariation in demographic rates, like the growth-mortality trade-off, at the population level?  For seven years, I have been a mentor at ForestGEO’s annual international analytical workshop, and in one workshop, I presented some of these ideas and questions regarding the growth-mortality trade-off to the group.  Network partners were eager to collaborate and contribute data and insights from their forest plots that would enable a global test of the generality of the growth-mortality trade-off in tropical forests.  As data analyses progressed, we presented our work at Symposia at meetings of the Ecological Society of America and the Association of Tropical Biology Conservation.  Feedback from these sessions, as well as from network partners, further refined the empirical components of the study.  Understanding the mechanisms underlying such demographic trade-offs is equally challenging, and doing so involved collaborations with mathematical modelers to develop a biologically realistic yet tractable model of resource allocation that was “as simple as possible but no simpler” (to use the adage attributed to Albert Einstein).  Some of these collaborations developed through a different network, the US National Institute for Mathematical and Biological Synthesis.  Thus, global interdisciplinary collaboration leveraging two large science networks was ultimately what was required to answer the research questions of our paper, which speaks to the importance of sustained financial and institutional backing for international, interdisciplinary, collaborative research programs.

…So, is the growth-mortality trade-off a general law of tropical forest ecology?  Our global analysis suggests that it is not.  However, it may be a general law of tree life history evolution, but one that does not necessarily play out in every ecological theatre (Hutchinson 1965).

With gratitude to Christian Zeigler for use of his photography throughout this post. 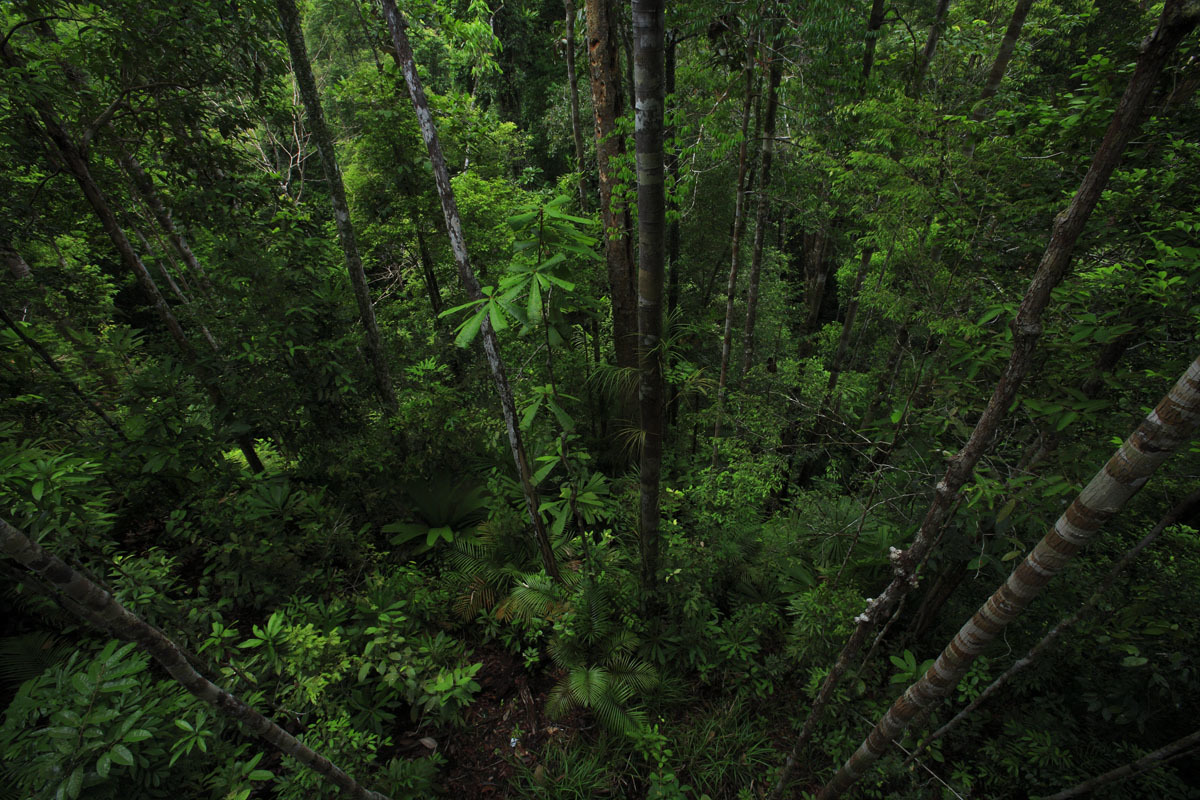 Is the growth-mortality trade-off a general law of tropical forest ecology?

Assumed laws and the reality of lawlessness