Using thousands of biodiversity time series from temperate regions, we reveal strong responses to several decades of temperature change in the ocean, but fail to detect systematic responses on land. Trends in marine species richness and abundance were decoupled and dependent on the baseline climate.

Biodiversity change is complex. We know this. Yet, the discussion about which aspects of biodiversity are changing, at what scales, due to which drivers, in which direction and at what rates, is as urgent as it has proven to be controversial*. This discussion informed much of the backdrop of lab meetings and conference discussions, and of my own steep learning curve, during my PhD and as I transitioned into my postdoc. It all started when I joined the lab that created BioTIME1, currently the largest open global database of standardised assemblage time series. BioTIME is an amazing tool, and the outcome of many authors and data collectors making their data available and agreeing to be part of this consortium**. I was then part of a working group aiming to shed some light – and reach some consensus – on how biodiversity is changing. From these efforts, involving many researchers with diverse points of view, we assessed species richness change across spatial scales, uncovered biogeographic patterns of change in α- and β-diversity across realms, as well as spatial patterns among anthropogenic drivers of biodiversity change across the Earth’s surface.

This is the next piece of the puzzle! Building on our analysis quantifying biodiversity change across realms2, the next logical step was to link biodiversity change to temperature change, and to compare responses in the ocean and on land. We used 21,500 temperate time series of species richness and abundance from BioTIME, which we matched with the corresponding rates of temperature change, as well as with the long-term temperature in each location.

In contrast, and despite a larger increase in temperature, our models did not detect any systematic responses for terrestrial assemblages. While we expected to see faster changes in the ocean, this was surprising to us - but it does not mean that temperature change is not affecting terrestrial biodiversity. This is likely due to species on land having wider thermal tolerance and more strategies to avoid warming temperatures compared to ocean organisms, for instance by having access to small pockets of suitable climate. Overall, we show that marine assemblages respond more tightly to temperature change, while terrestrial assemblages are likely lagging behind, and thus potentially accumulating climatic debt.

For all our enthusiasm about this analysis, we were also acutely aware of potential biases and issues in the data. Thus, we took several steps to improve the reliability of our results: we focused only on the temperate regions of the globe (as data from tropical and polar regions are still scarce); we employed a meta-analytical approach to account for the uncertainty in our biodiversity change estimates (i.e., giving less weigh to less certain estimates); and we used multiple sources for estimating temperature change.

It is very rewarding to see this paper published, and we hope it will promote further work to better understand what is behind these general patterns. It was really exciting to be able to use so many data for so many groups of species and to tease apart these patterns in the ocean and on land in the same analysis. For me, it is the culmination of a long journey, one I could not have completed without my brilliant co-authors! Research is sometimes a steep, hard climb - having bright and supportive people helping you along the way definitely softens the blows :)

* If you have not followed this conversation, here are a few critical papers: 3–7.

** BioTIME is still growing, so get in touch if you would like to be a part of it and share your data! 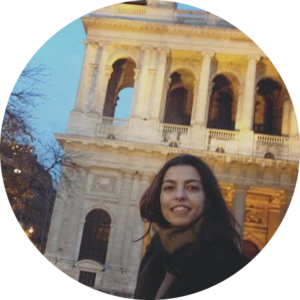