The origins of Maya civilization are still debated. Our archaeological investigations in Tabasco revealed the largest and oldest monumental building in the Maya area.
Takeshi Inomata
Professor, University of Arizona
Follow
Liked by Ben Johnson and 2 others

Lidar survey of the Maya lowlands uncovers the monumental site of Aguada Fénix, which dates to around 1000–800 bc and points to the role of communal construction in the development of Maya civilization.

Who would have thought that the largest monumental building was still waiting to be found in plain sight? The Maya area, including southern Mexico, Guatemala, Belize, and western Honduras, has been intensively studied archaeologically. Even areas covered by dense rainforest have been substantially explored, and most scholars thought that almost all major archaeological sites in the region have been identified. But we discovered the site of Aguada Fénix in the Mexican state of Tabasco in 2018, and its main building turned out to be the largest construction in terms of the construction volume in the entire prehispanic history of the Maya area. This was surprising, particularly because the area was not even covered by the jungle. Today the site is used as cattle ranches, agricultural fields, and secondary forests.

You might wonder why nobody noticed this site. It was partly because of the early date of the site. Our excavations showed that the main building of Aguada Fénix was probably built between 1050 and 750 BC. This structure is also the oldest monumental construction known so far in the Maya area. It was built before tall pyramidal constructions became common in the Maya area and other parts of Mesoamerica. The structure is horizontally large. It has a perfectly-rectangular shape, measuring 1400 m in length and 400 m in width, but it is only 10 to 15 m high. If you walk on this building, you would think that it is a part of the natural landscape and would not recognize its rectangular shape. We call this structure the Main Plateau of Aguada Fénix—it is a human-made plateau.

The layout of this site became clear through the use of lidar, or airborne laser scanning. Under the coordination of Juan Fernandez-Diaz of the National Center of Airborne Laser Mapping (NCALM), a small airplane equipped with a laser instrument flew over our study area, creating a highly accurate three-dimensional model. Some laser pulses penetrate the forest canopy and show archaeological features hidden under trees. Lidar is revolutionizing the archaeology of densely-forested regions, including the Maya area, Southeast Asia and Amazonia1. The discoveries of new sites in the jungle with lidar often catch media attention, but another important benefit of lidar is that it can reveal large horizontal patterns, which are difficult to recognize from the ground level.

We learned about this advantage of lidar before we came to Aguada Fénix when we were working at the site of Ceibal, Guatemala, located in the protected rainforest. Ceibal is a well-known Maya site, which was originally investigated by Harvard University in the 1960s. We re-examined this site from 2005 through 2017, focusing on its early occupation to study the origins of Maya civilization. The archaeological map made by Harvard researchers showed multiple pyramids and platforms standing on what appeared to be a natural plateau of an amorphous shape. It was not until we conducted a lidar survey in 2015 that we realized that this basal plateau was an artificial construction made according to a specific design. Like Aguada Fénix, this was one of the early monumental constructions in the Maya area, dating back to 950 BC2, 3.

After completing our work at Ceibal, Daniela Triadan (my wife and the University of Arizona colleague) and I decided to start the Middle Usumacinta Archaeological Project in eastern Tabasco. We were not looking for the largest building in the Maya history, but we did think that there might be horizontally-large early constructions in this area similar to the basal plateau of Ceibal. We suspected that this can be a good place to examine the early development of Maya civilization because it is located between the central Maya lowlands and the Gulf Coast Olmec region. We wanted to examine the perpetual question in Mesoamerican archaeology, that is, whether Olmec civilization influenced the Maya and other Mesoamerican groups.

We knew about the site of El Tiradero located in this area, which showed a layout similar to the early configuration of Ceibal. When we conducted a lidar survey of an area around El Tiradero in 2017, we saw a part of a large construction along the northern edge of the lidar map. We then examined lower-resolution lidar data obtained by the Mexican government and saw that it was a part of an enormous rectangular building. We were all blown away. It became clear that we were onto something remarkable. We applied for additional funding from the National Science Foundation and the Alphawood Foundation and carried out a high-resolution lidar survey covering the entire area of Aguada Fénix in 2019. The lidar image clearly showed the details of the rectangular plateau with 20 edge platforms, along with numerous artificial reservoirs and nine avenues radiating out from the plateau.

Excavations by our team, including Verónica Vázquez (a postdoc at the University of Calgary), María Belén Méndez (a Ph.D. student at the Universidad Nacional Autónoma de México) and Melina García (a graduate of the Universidad Veracruzana), showed that the construction of the Aguada Fénix Main Plateau started slightly earlier than Ceibal around 1050 BC, if not earlier. It was probably built when people were beginning to adopt sedentary ways of life. We suspect that they still did not have marked social inequality or centralized administrative mechanisms. For them, it was an unprecedented experiment, in which they had to devise new techniques and ways to organize various tasks as they went. This find tells us that large constructions do not necessarily require pre-existing governmental organizations. Instead of viewing large constructions as end results of political centralization, we need to examine how construction projects stimulated later social changes. 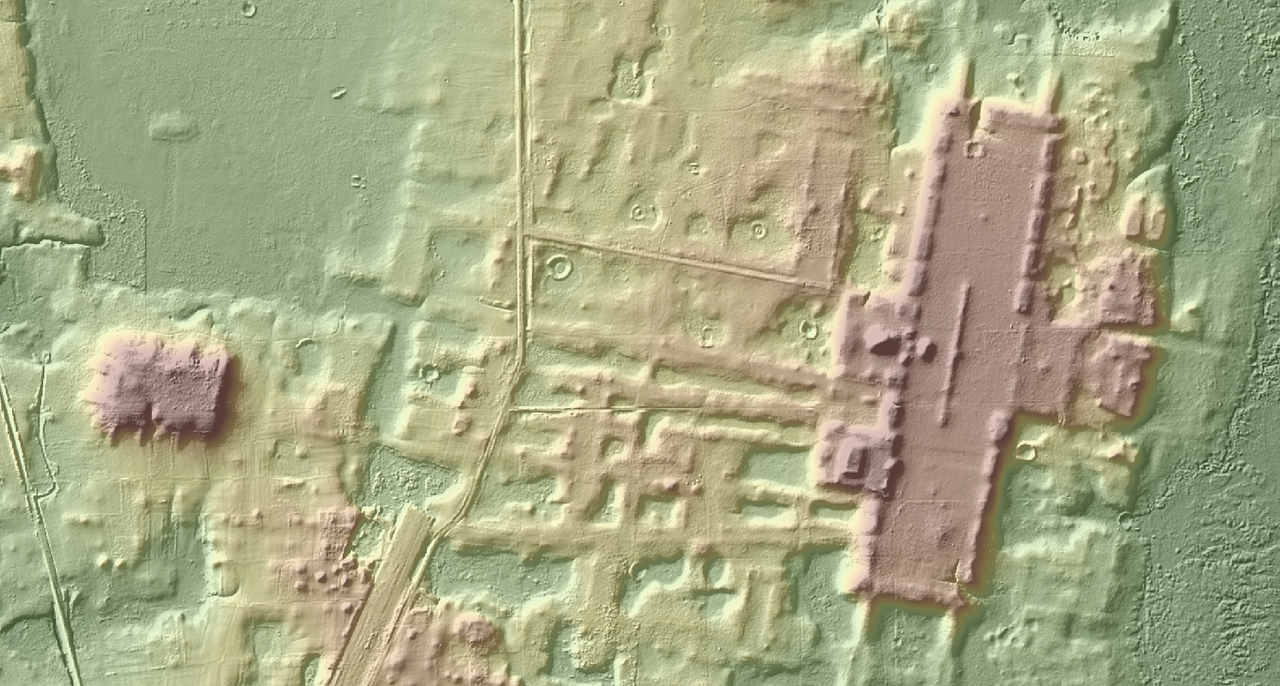 The origins of Maya civilization are still debated. Our archaeological investigations in Tabasco revealed the largest and oldest monumental building in the Maya area.